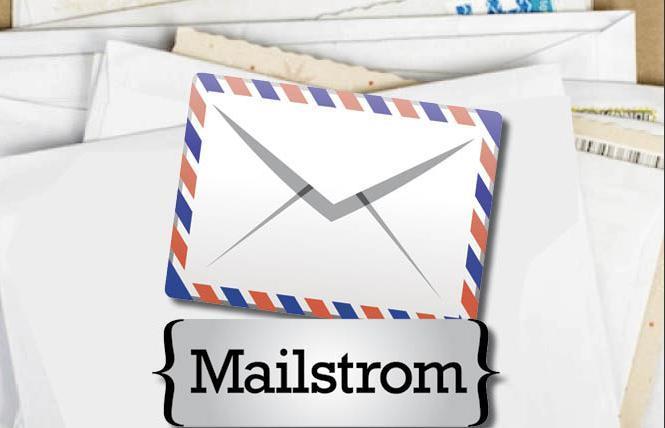 Yes, Wiener has done good work on transgender and justice reform issues, and he should be commended for taking a lead on those issues. He is also one of the most high-profile gay politicians in California.

But we would argue these popular, progressive positions (at least in most of this state) are fig leaves, and secondary to his relentless flogging of some variation of his more housing (of a certain sort) SB 50 bill every legislative session. But why would he give up, richly rewarded and underwritten by contributions by builders and developers, his ambitions will likely be fueled well beyond the state Senate. Transgender and criminal justice victims don't pay the bills.

Yes, affordable housing in the Bay Area is scarce, where we have huge disparities in income, reflected in villas for the superrich and the squalor of destitute, sick, and pathetic people living on sidewalks, under freeways, and wherever they can pitch a tent, if they even have one. It's telling that the press rollout of the latest version SB 50 in Oakland attended by Wiener and Mayor Libby Schaaf was an embarrassment for them — they were shouted down by low-income renters who fear loosing existing affordable units.

If anyone for a moment thinks the working poor or the even less fortunate, the homeless, are really benefiting from this unprecedented building boom of market rate housing transforming swaths of San Francisco, Oakland, or Berkeley, then they are simply wanting to be deceived.

Who are you gonna believe, me or your lying eyes?

Even the YIMBY-friendly East Bay Express in its recent article (January 22-28, 2020) on plans for new housing at two Berkeley stations made explicit: "... California YIMBY, a statewide organization funded mainly by high-tech and real estate businesses, which argues that building as much housing as possible will lower costs by increasing the supply to match the demand."

This is a totally unproved theory, undercut by realistic estimates of what the real costs of providing ample, truly affordable low-income housing would be. But Wiener isn't part of that solution with his developer-friendly, build anywhere, zoning-be-damned approach. We need progressives who advocate for redistributing some of the incredible wealth of this area to helping provide basic needs.

Your endorsement editorial also gets the shade reference wrong. The article from the December 1, 2019 New York Times, not the Los Angeles Times, describes how low income communities are further shortchanged by the absence of shade-providing trees, not high-rises as you suggest. Los Angeles is undertaking an ambitious plan to plant 90,000 trees and appoint a city forester. Existing mature trees are often sacrificed in the race to build lot-line-to-lot-line, high profit market-rate developments.

Stepping back a bit and analyzing the Bay Area Reporter's history of political endorsements, your venerable paper routinely picks the more establishment, safe, status quo candidate, of whom Wiener is a prime example. Or, for that matter, London Breed and Suzy Loftus. The history of the gay movement, which has brought us to where we are today, has been one of struggle and resistance, with visionary participants, many unknown or lost to history. Of the well-known, we owe so much to Roger Casement, Oscar Wilde, Harvey Milk, or Bayard Rustin, who is eulogized ironically enough in your Wiener endorsement issue. If they were lucky they were just ostracized or humiliated, Milk and Casement were killed. To think their sacrifices and courage have brought us to the Scott Wiener moment.

[Editor's note: The online version of the editorial has been corrected referring to the NYT article, though there has been at least one op-ed in the LAT on this topic.]