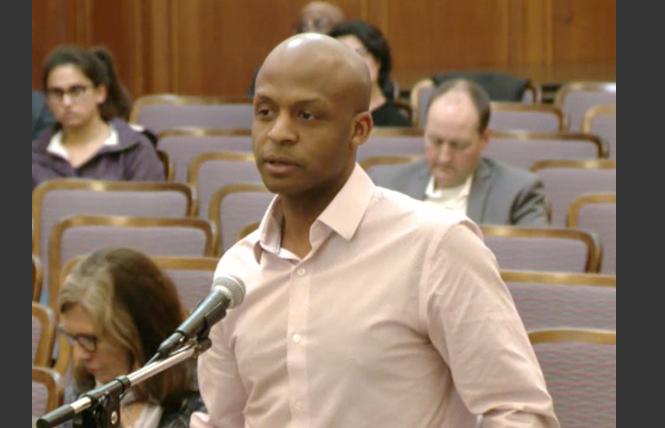 San Francisco is making progress toward ending HIV, but this will not happen without a focus on homelessness, substance use, and mental health, according to a recent update presented to the San Francisco Health Commission.

The Getting to Zero initiative aims to achieve the goals of eliminating new HIV infections, deaths due to HIV/AIDS, and stigma against people living with HIV.

Dr. Hyman Scott, medical director of clinical research for the DPH's Bridge HIV program and a physician at Ward 86, the city's main HIV clinic, said the initiative relies on a multiprong strategy that includes PrEP, rapid initiation of antiretroviral treatment, and retaining and re-engaging people in care.

"Getting to Zero is really building on the incredible work that happens in San Francisco," Scott said at the January 21 meeting. "We are really guided by the annual report, which holds us accountable for the work that's happening in the communities."

On the PrEP front, Scott reported that in San Francisco, 97% of gay and bisexual men and 79% of transgender women are now aware of the HIV prevention pill, but only 40% and 15%, respectively, had used it.

"PrEP awareness continues to rise, but many individuals don't see themselves at risk," he said. "Especially for young people, it's a hassle to go a clinic every three months when at [age] 25 you might not go in for years. And then there's a cost element as well."

Last fall, Governor Gavin Newsom signed Senate Bill 159, which will allow Californians to be able to obtain a two-month supply of PrEP from their local pharmacy without having a prescription from their primary care doctor. The law, authored by gay legislators state Senator Scott Wiener (D-San Francisco) and Assemblyman Todd Gloria (D-San Diego), takes effect this July.

The city's rapid antiretroviral therapy program aims to link people to care and get them started on treatment the same day they're diagnosed. The median time from HIV diagnosis to the first care visit fell to four days in 2017, and the time from that visit to treatment initiation fell to zero days — that is, antiretrovirals are typically started during the first visit.

"At Ward 86, I've done this several times with patients," Scott said. "It is quite impactful to be able to hand somebody antiretroviral therapy two hours after they're diagnosed and have them take it in the room with you."

Retention and reengagement is the toughest step in the care cascade, according to Scott. Drug and alcohol use, mental illness, and homelessness are among the biggest barriers to consistent care. Together, these three factors contribute to more than two thirds of all deaths among people living with HIV in the city.

The LINCS program offers supportive services including intensive case management, help with food and employment, and even cellphone charging stations, as this is a key way to maintain communication with clients. And the program is seeing results: While 33% of all HIV-positive homeless individuals had achieved viral suppression, that figure rose to 56% for LINCS participants.

Other unmet needs include integration of HIV services with hepatitis C and sexually transmitted disease prevention and treatment, and more programs for people who inject drugs including safe injection sites — an effort that has stalled in the face of federal warnings.

"The next stage of programs must focus on homelessness, substance use, mental health," Scott concluded. "We will get to zero, but not without housing."

"This report shows encouraging trends," she said at the meeting. "Overall, new diagnoses are declining, treatment and viral suppression continue to improve, however, disparities remain."

As the Bay Area Reporter previously reported, new HIV diagnoses fell to 197 in 2018, the lowest number since the peak of the epidemic. New cases in San Francisco have fallen by 58% since 2012, compared with only a 7% decline nationwide, Hsu said.

While whites and Asian Pacific Islanders saw a continued decline in new HIV cases, the number rose slightly for African Americans and Latinos. The number of new diagnoses among people who inject drugs also continued to rise. But the most dramatic jump was seen among homeless people, with 40 new diagnoses, accounting for 20% of all new cases.

Nearly 16,000 San Francisco residents were living with HIV as of the end of 2018. Two-thirds of them are now over 50 and 30% are over 60. HIV-related causes continue to be the leading reason for death, at 38%, followed by non-AIDS-related malignancies and accidents, most of which are drug overdoses.

"As HIV-related deaths are decreasing and with the aging HIV population, causes of death that are associated with older age, such as non-AIDS cancer and heart disease, are increasing, which is expected," Hsu said.

Most HIV care indicators improved as well. More than 90% of people newly diagnosed in 2018 were linked to care within a month and 78% achieved viral suppression within a year, which prevents both disease progression and transmission of the virus. But among homeless people, only 33% had undetectable virus.