Jock Talk: On the passing of Kobe Bryant 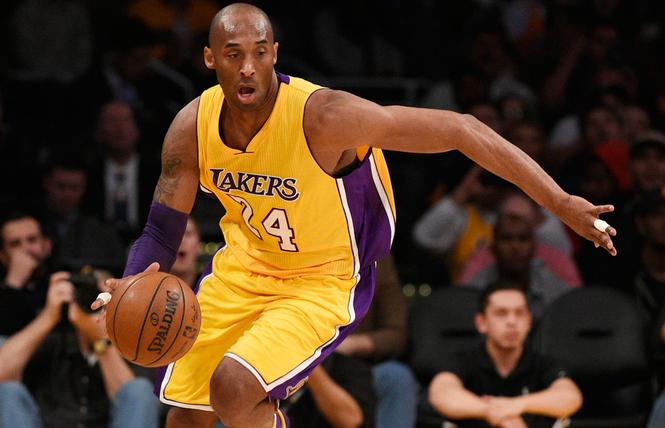 Kobe Bryant, his daughter, and seven others were killed in a helicopter crash Sunday in Southern California. Photo: Courtesy ABC7

"The simple life of heroes,
the twisted life of saints,
they just confuse the sunny calendar
with their red and golden paints"
— Leonard Cohen

When a person who has spent most of his life in the public eye dies, leaving a complex legacy in the hearts and minds of supporters and detractors alike, it can be challenging in the shadow of the moment to process the range of triggered emotions.

So it was last Sunday when a helicopter, after taking off from Orange County and flying low in the thick fog of Southern California, carrying parents and offspring, coaches and budding athletes, crashed into a hillside above Calabasas, killing the pilot and all on board. As a brush fire broke out in the midst of the scattered debris, word swiftly circulated that former Los Angeles Lakers player Kobe Bryant, 41, and his 13-year-old daughter, Gianna, were among those who died in the crash.

While the news blazed through social media and scenes of public mourning sprang up spontaneously, reporters scrambled to learn all they could about the tragedy. Questions arose, mostly why the helicopter was flying at all in conditions that were so dismal the LA Police Department copters had been grounded.

A rumor circulated that fellow former Laker Rick Fox had been onboard, but that was quickly dispelled. Eventually, authorities released the names of the others killed: pilot Ara Zobayan; college baseball coach John Altobelli, his wife, Keri, and their daughter, Alyssa, who was a teammate of Gianna Bryant's in youth basketball; Sarah Chester and her daughter, Payton, another youth basketball player; and girls basketball coach Christina Mauser. The traveling party was headed to Bryant's Mamba Sports Academy in Thousand Oaks for a tournament, which was canceled.

As reporters reported, sports commentators commented, expressing collective shock, disbelief, and sorrow. Every now and then one of them would mention for a sentence or two that Bryant at one time faced criminal charges of sexual assault and kidnapping, but inevitably they swiftly moved on to return to reciting his laudable credentials: the repeat NBA championships, the high scoring games, the NBA All-Star selections, and so forth.

Hardly any of the commentators mentioned the incident in 2011 when Bryant called NBA official Bennie Adams a "fucking faggot," gave a tepid non-apology apology, and was fined $100,000. (See April 21 This JockTalk, "If it looks like bigotry and sounds like bigotry...")

And yes, there are a ton of positive thoughts and memories for fans to cherish.

"As a Warriors fan, I can say Kobe was always someone to be envied," said Tony Jasinski, founder of San Francisco Gay Basketball League. "Clearly, he was an exceptionally smart person — he spoke six languages — and one of the greatest basketball players of all time. He exemplified what made the Lakers a first-rate organization, which I believe is the same path that the Warriors eventually adopted. At yesterday's SFGBA basketball session, one player named Alex had a legitimate Lakers 24 jersey that he proudly wore all night."

Mark Chambers, founder of the National Gay Basketball Association and organizer of the inaugural World Gay Basketball Championships to be held in Florida in May, is based in Southern California and is a big Lakers fan.

"It was wonderful watching the Black Mamba play," Chambers said, referring to the nickname Bryant gave himself. "He was able to shine in the light of the bad guy, and in the end he showed acceptance of that role. Who was Kobe Bryant? To me he was an incredible basketball player, basketball ambassador and he did not allow what others thought of him stop him from rising. Love him or hate him, I am able to acknowledge that he's one of the greatest players of my lifetime and his presence will surely be missed."

Bryant's initial apology for his homophobic slur was lame, but his actions afterward were not. He actively worked with LGBT organizations to campaign against homophobia in sports.

Chambers noted that the LGBTQ National Championships, aka the Coady Roundball Classic, was held last year at Bryant's Mamba Academy.

"The staff welcomed the NGBA, and the players had a wonderful experience in the best basketball facility we've ever played in," he said.

Every person has the right — the obligation, even — to evolve and mature, to become a better person, more successful, more giving. The published and broadcast stories and commentary on Bryant have been overwhelmingly positive. As I grapple with my own reactions and reflections on his life and passing, I can't help but think that to ignore or dismiss his transgressions is to fail to embrace his humanity and the importance of his maturation.

Perhaps many in the media feared the kind of backlash Washington Post political reporter Felicia Sonmez faced over the weekend when she posted on Twitter a 2016 Daily Beast story discussing the 2003 rape allegations against Bryant. As angry comments flowed, attacking and threatening her for posting the story, she tweeted that "any public figure is worth remembering in their totality."

As I processed my thoughts about the lights and darks of Bryant's public life, I called an old friend and colleague to chew the fat. Michelle Smith McDonald worked with me back in the 1990s in the sports department of the old Oakland Tribune and now handles communications for the Alameda County Department of Education.

I asked her what she thought was behind the reticence of reporters and commentators to mention Bryant's rape allegation and homophobic slur.

"I feel like people are getting shouted down," Smith said. "Saying it's complicated doesn't say it: it's conflicted."

Good journalists and good analysts are like historians: they have to report truths, good or ugly, and they need to discuss things openly and candidly. In times like this, that can be especially challenging.

Much of how our acts are viewed is a matter of timing. What, for instance, would have been the reaction to the rape allegations against Bryant if they had been made years later during the #MeToo movement, when social media was in full swing?

His official apology that led to the victim withdrawing charges and settling out of court, as well as the original graphic police reports that contained references to his admission of adultery and the overwhelming evidence of rape, would have been an albatross around his neck.

Then again, if instead of distancing and denying he had issued sincere mea culpas and become an advocate for respecting women and reeling in abusers, his legacy would have been even more enhanced.

Instead, his admirers and critics can air their opinions online.

"We're going to be polarized about something else now," Smith said.

In a piece about the public mourning of Bryant's death, USA Today columnist Nancy Armour wrote, "That we may not want to see Bryant for all of who he was is hardly a surprise. Our society's fawning treatment of celebrities, athletes in particular, turns them into otherworldly characters who are not of the human realm. We excuse the inexcusable and forgive their mistakes as the price to pay for being witness to their greatness. But in doing so, we diminish the very people we revere. Turn them into a one-dimensional version of themselves that reduces them to nothing more than their athletic talent. He was flawed and complicated, and it's OK to acknowledge that."

Perhaps the most remarkable thing Bryant ever did was transform himself, very much in the public eye while surrounded by legions of supporters and skeptics alike. Our calendars are riddled with holidays honoring men and women who achieved great things in their lives. The red and gold letters do not record the sins and errors that cobblestoned the road to that greatness, but that does not mean we should forget or deny.