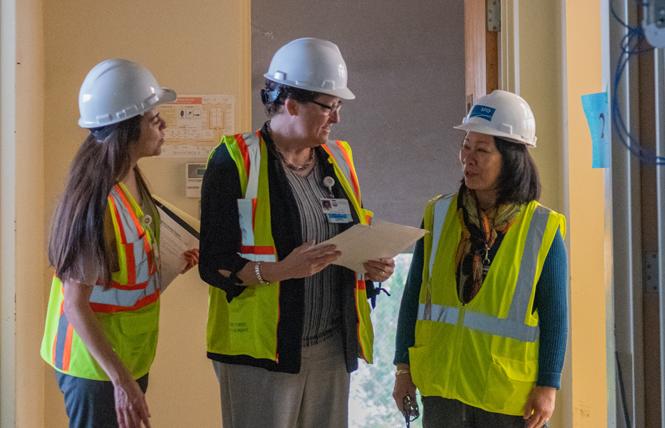 Three of San Francisco's 13 primary care clinics — including one in the Castro — are slated for renovations this year to add exam and consultation rooms, according to the Department of Public Health.

The Castro-Mission Health Center, located at 3850 17th Street (between Sanchez and Noe streets), was closed in July 2019 and is expected to reopen in 2021 after renovations, according to a health department news release.

The Castro-Mission location has 12 existing exam rooms; after the renovation, there will be 12 more exam rooms and four consultation rooms, according to Maricella Miranda, a spokeswoman for the health department.
The Castro-Mission Health Center, opened in 1965 as Health Center No. 1, serves about 4,200 patients every year and will also be undergoing a seismic retrofit, according to Dr. Hali Hammer, the director of ambulatory care for the San Francisco Health Network.

"Castro-Mission we think of as our epitome of community responsive health care," Hammer said. "As you can tell by the name, it has a long-standing relationship with the gay community and it also has served the Latinx immigrant community in the Mission. Almost all the staff and providers at Castro-Mission are bilingual in Spanish; many are bicultural.

"It was our second primary care center," she added. "Ward 86 would be our first, really responding to the HIV epidemic in the early 1980s." 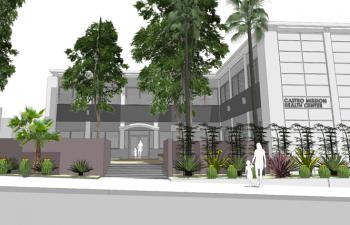 Commencement of construction at Castro-Mission has been delayed to spring or summer because of new air conditioning requirements.

"We've had a delay because the mayor, in a really good move, mandated that all new construction include HVAC systems in response to what we've seen recently in San Francisco, which is higher temperatures — especially in the late summer and fall," Hammer said. "A lot of our health centers don't have HVAC so we have had to take a step back and look at our plans and budgeting."

"We would love to eventually have a Covered California contract, but for now, our primary care health centers are only for publicly-insured and uninsured people," Hammer said.

The public health centers were originally established during a boom in publicly-funded health care as a result of President Lyndon B. Johnson's Great Society program. The original focus was heavy on immunizations, but general primary care has taken on a larger role in subsequent years.

The construction at the clinics is estimated to cost between $63 million and $65 million, Hammer said. Of that, $50 million is coming out of a June 2016 bond that was passed by 79% of San Francisco voters.

Between $13 million and $15 million will come out of other funds. For example, funding for elevators to the tune of $1.2 million to make top floors accessible to patients will come from the Mayor's Office on Disability, Miranda said.

The air conditioning was funded through the federal government.

Maxine Hall was closed in November 2019 and its clinic has been relocated to 1181 Golden Gate Avenue. It is the only one of the three clinics currently under construction.

When it reopens at the end of the year, Maxine Hall will see nine new patient rooms, a new group consultation room, a new elevator, and seismic safety improvements.

The Southeast Health Center will be completely moved to a new 22,000 square foot location adjacent to its current one. Construction on that new location will begin this year, and patients will continue to be seen at 2401 Keith Street until then.

The two-story clinic will have 21 patient rooms.

The side of the renovated Maxine Hall includes artwork from Win Ng, a Chinatown artist and designer who died in the 1990s but whose art is displayed around the world.

The health department is holding a meeting Tuesday, January 28, at 6 p.m. to inform members of the public about its final plans for the Southeast Health Center, according to Miranda. The meeting will be held at 1751 Carroll Avenue.

Together, the clinics serve over 12,000 San Franciscans, according to the health department.