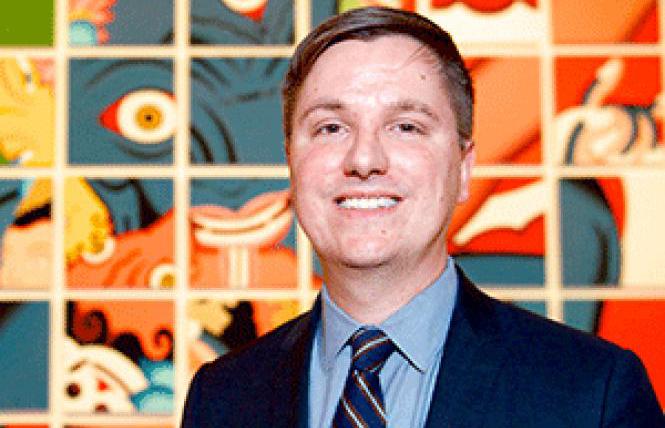 Tom DeCaigny, a gay man who heads the San Francisco Arts Commission as cultural affairs director, has announced he is departing to take a job as executive director of the California Alliance for Arts Education.

His last day with the city is January 24; he begins his new post February 24.

"It is an incredibly difficult decision to leave the San Francisco Arts Commission," DeCaigny, 42, said in a statement. "Mayor [Ed] Lee appointed me in January 2012, and it has been the opportunity of a lifetime to serve our amazing city."

The alliance for arts education said in a news release that it is excited for DeCaigny to become the organization's next leader.

"He possesses a unique range of executive, strategic, and policy expertise, substantial experience advancing diversity, equity, and inclusion, and a deep commitment to arts education," board Chair Paul Richman stated.

The alliance, which is based in Pasadena, California, advocates for high quality arts education for all students by providing policy expertise and by mobilizing a statewide network of supporters and allied partners, the release stated. It is in its fifth decade of work. 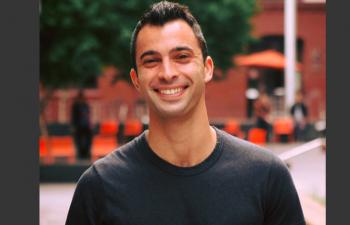 Manny's owner named to small biz panel
San Francisco Mayor London Breed has announced that Manny Yekutiel, a gay man and the owner of the eponymously-named cafe in the Mission, will be appointed to the city's Small Business Commission.

Manny's, a civic gathering space located at 3092 16th Street, has hosted numerous Democratic presidential candidates and other newsmakers since it opened on election night in 2018.

"Small business is the backbone of San Francisco's economy and the fabric through which our city is woven," Yekutiel wrote in an email. "As a small business owner myself, I know the unique challenges and joys of running a small business in today's San Francisco. I look forward to getting to work with my fellow commissioners to help our small businesses succeed here in the city. I am deeply gratified and humbled by Mayor Breed's appointment."

Yekutiel, 30, moved to San Francisco in 2010 and spent a summer raising money on street corners as a canvasser for Equality California. In the aftermath of the 2016 election, he decided to focus on creating a civic gathering space.

Last year, Manny's was awarded Small Business of the Year by the California State Senate and has been featured in various publications.

Some of that news has revolved around protests by Gay Shame and other groups. In March 2019, Yekutiel agreed to a memorandum of understanding with United to Save the Mission that includes programming and operational goals, the San Francisco Examiner reported at the time.

Also last year, Yekutiel embarked on a sponsorship drive to enlist community support. The sponsorships are $36 per month.

In a release, the mayor's office noted that Manny's has served over 55,000 cups of coffee and tea, hosted over 400 civic events, and has had 16 formerly homeless or incarcerated individuals graduate from its training kitchen, which is run by Farming Hope, and who now have full-time jobs.

Yekutiel will be sworn in to his commission seat by Breed Monday, January 13, just before the meeting. The mayor's office said that Commissioners Mark Dwight and Irene Yee Riley are leaving the panel. Yekutiel will replace one of them and serve a four-year term expiring in January 2024. The other out person on the commission is Steve Adams of Sterling Bank and Trust.

The panel consists of seven people, five of whom must own, operate, or be officers of a small business in the city. The commission meets every other week.

Interested people are welcome to attend the free session, which takes place Thursday, January 16, from 3 to 4:30 p.m. at the center, 1800 Market Street.

Attendees will learn about the application process and how they can get involved with cooking for Kora. Applicants do not need to have any formal or traditional culinary experience.

The community center's announcement noted that Kora is looking to hire enthusiastic and driven individuals to join its team. A company representative will give a brief presentation about the business; discuss open positions, requirements, and qualifications; and answer questions.

For more information and to sign up, visit https://bit.ly/39FPffw

Interested applicants can also take advantage of the center's other employment services, and take part in a mock interview with center staff. For more information, visit https://bit.ly/2QI0StF

Young Oakland poets can apply for laureate program
The Oakland Public Library and an alliance of community partners have announced that young people between the ages of 13-18 can now apply for the Oakland Youth Poet Laureate program.

According to a news release, every eligible applicant will be invited to enter into a community of young poets and youth advocates. Finalists will receive opportunities to perform before various Oakland audiences.

The laureate will serve as city ambassadors for literacy, arts, and youth expression. They will receive a $5,000 scholarship.

"The Oakland Youth Poet Laureate community has given me the unparalleled opportunity to grow not only as an artist, but as a human being," Eleanor Wikstrom, 17, who was Oakland's 2019 vice poet laureate, said in the release.

The application deadline is February 3. For more information and to submit an application, visit https://bit.ly/2MTD70n

Kicking off the celebration will be a reading of the Reverend Dr. Martin Luther King Jr.'s "I Have A Dream" speech Thursday, January 9, from 6:30 to 7:30 p.m. at the Richmond library branch, 351 Ninth Avenue.

Other programs include an art talk with representatives of the de Young Museum, titled, "Soul of a Nation: Art in the Age of Black Power 1963-1983," Saturday, January 25, from 2 to 3 p.m. at the Presidio branch, 3150 Sacramento Street. It will also be presented at other branches in January and February.

For a complete list of programs, and to view the program guide, visit www.sfpl.org/more-than-a-month

All library programs are free.

San Mateo Pride center news
The San Mateo County Pride Center is looking for the next group of young people to serve on its Youth Action Board.

Interested people between the ages of 12 and 20 who live in San Mateo County can apply to join the board for the January-June semester. The Youth Action Board meets every Monday from 4:30 to 6 p.m. at the Pride center, 1021 South El Camino Real in San Mateo.

In other news, the Pride center will offer legal name and gender marker change workshops several times in the coming months. According to the center's newsletter, the sessions are scheduled from 11 a.m. to 1 p.m. and from 3 to 7 p.m. at the center on the last Wednesday of the month: January 29, February 26, March 25, and April 29. There is no cost to attend.

Organizers said that appointments are scheduled on the hour. RSVPs are required as space is limited. For more information, contact Alex Golding at alex.golding@sanmateopride.org or (650) 465-6795.