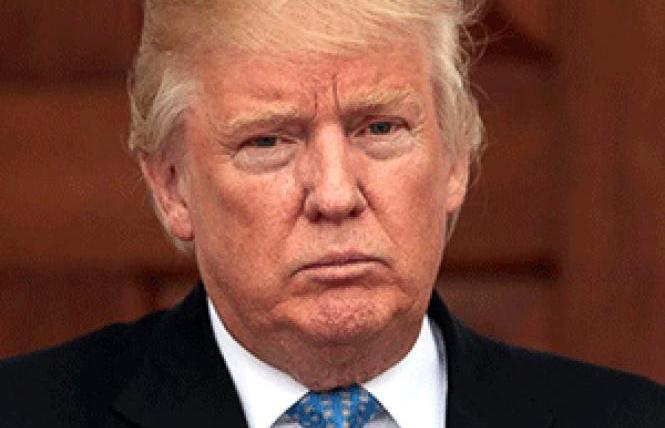 During his 2019 State of the Union address President Donald Trump revealed his administration's new 10-year plan to "end the HIV epidemic in America", with a goal of reducing diagnosis rates to less than 3,000 per year. The plan is ambitious and calls for the diagnosis of all people with HIV/AIDS as quickly as possible. Unfortunately, the Trump administration has already actively subverted these goals through to implementation of a 2017 gag rule on Title X family planning that effectively withdrew $600 million in global health assistance and prohibited supplemental funds to domestic providers that recommend or provide abortion services. But, as is often the case in American abortion policy, the withholding of these funds intended to curb abortion rates include extensive and detrimental impacts on a wide variety of community health services — including access to HIV and cancer screenings by underprivileged communities.

Conceived by Congress in the 1970s, Title X was originally influenced by President Richard Nixon's promise to enhance women's access to family planning. Title X is the sole federal program committed to providing family planning, contraceptive, and preventative health services. Title X has proved to be integral in making health care more accessible to millions of low-income Americans. According to an Elsevier study published last year, one-third of publicly funded clinics in the United States receive money through the national Title X family planning program. The same study reports "six in 10 women (61%) visiting Title X-funded clinics for contraceptive and related services report that the clinic is their usual source for medical care." These data are especially significant to HIV/AIDS prevention efforts as 2016 data () from the Department of Health and Human Services revealed "one in five new HIV diagnoses in the United States are women. Women of color, especially black/African American women, are disproportionately affected by HIV infection compared with women of other races/ethnicities."

Title X-funded clinics are required to provide, at minimum, HIV/AIDS testing, either on site or by referral, as well as prevention education. Title X clinics have also been integral to increasing access of at-risk populations to pre-exposure prophylaxis, or PrEP, a daily medicine that reduces at-risk patients' chances of contracting the disease. Initiatives to extend access of Title X clinics have been pushed by both the Centers for Disease Control and Prevention and HHS since 2016, but the gag rule has already become a barrier for policy- and research-based accessibility initiatives.

The gag rule has caused a tidal wave effect as health care providers opt to withdraw from Title X funding rather than compromise their values in providing a full range of options to patients seeking pregnancy counseling. Since the implementation of the ban, seven state governments, as well as Planned Parenthood, have elected to withdraw from the Title X program and a number of other clinics nationwide have been forced to close their doors as they face mounting legal and financial barriers to providing affordable health to low-income areas. As a result, America is now plagued with regional droughts in minority patients access to general community health provisions. A September report from Kaiser Health News found that, as of 2019, "nearly 80% of the rural U.S. has been designated as 'medically underserved,'" meaning about 20% of Americans may not have access to a health care provider for hundreds or thousands of miles. And the options left over from the wave of Title X withdrawals has left a vacuum that the Trump administration has been filling with a very specific and ineffective form of clinic.

As more and more clinics withdraw from the Title X funding program, those that remain have tended to harbor a striking similarity: religious affiliation and abstinence-only family planning policies. A writer for Mother Jones, Stephanie Mencimer, published an investigative report () this year on how the Trump administration has begun channeling Title X funds into anti-abortion clinics run by Christian pregnancy centers. One of these centers, a Southern California-based chain called Obria, was awarded $5.1 million in Title X funds in March to provide contraception and family planning services to low-income women over three years. But Mencimer's investigation revealed "Obria's founder is opposed to all FDA-approved forms of birth control and has privately reassured anti-abortion donors that Obria will never dispense contraception, even as she has aggressively sought federal funding that requires exactly those services." Not exactly a prime environment to maximize health providers ability to "diagnose HIV as early as possible" as the Trump administration now proposes to do.

Given the obvious limitation forced upon providers and communities by the gag rule, the executive administration's efforts to end the HIV epidemic are unrealistic and insensitive of the limitations they have set which are already limiting patients access to their normal avenues of health care. If HIV/AIDS diagnoses are to be reduced to levels that effectively end the epidemic it is obvious the Title X gag rule must be acknowledged for what it is — a pawn in the political game of abortion rights that goes too far and works against the interest of the policy's intent. In addition, while integral to the political and medical vitality of Americans, abortion policy needs to be teased apart from general health issues by both the left and right to prevent a type of collateral damage that contributes to increases subpar levels of medical accessibility for millions of Americans. The gag rule in conjunction with the "Ending the HIV Epidemic: A Plan for America" initiative is a trivializing contradiction of policies that flaunts goals of aiding public health while simultaneously undercutting the means to serve those most in need. While it is unlikely the Trump administration will revoke the rule it will be imperative for health providers and political constituencies to demand and organize the resources they need- the future of health for millions of Americans is on the line.

Gray Gautereaux is a senior at Willamette University in Salem, Oregon and is a recipient of one of the Pedro Zamora Young Leaders scholarships awarded by the National AIDS Memorial Grove.