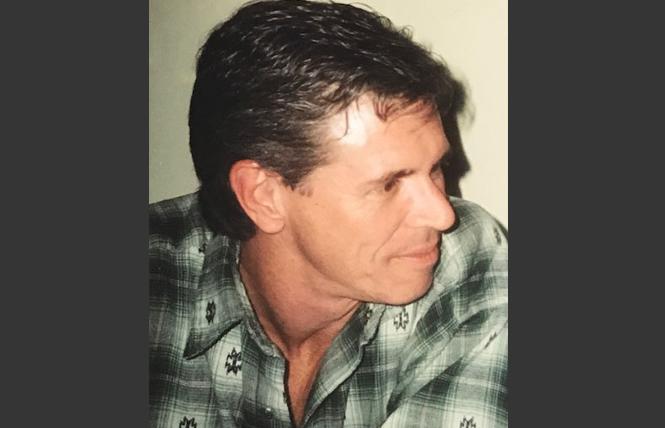 December 22, 1944 — October 24, 2019
Joe Brewer, retired psychologist in San Francisco, died October 24, 2019 in Palm Springs, California, where he resided with his spouse, Scott Tyman Brewer. Son of Homer and Lenore Brewer of Decatur, Georgia, Joe grew up in the homophobic South, yet emerged as a proud gay man who remained proud also of his Southern heritage. An Eagle Scout, he graduated from Vanderbilt University in 1966 and later earned a master's degree from the University of Texas in Austin.

Joe resided in San Francisco for most of his life, earning a Ph.D. in clinical psychology from the California School of Professional Psychology and practicing as a clinical psychologist for many years. In 1984, Joe worked with Martin Delaney to create Project Inform. In addition to his husband, Joe is survived by siblings Jeff (Karen Parisi) and Kat Taylor (Sharon Mann); nephews Alex Brewer and Blake Deeds; niece Kayla Brewer; and his dogs Milo and Cooper. Memorial donations may be sent to Desert AIDS Project in Palm Springs, or Animal Samaritans in Thousand Palms, California. Post photos and memories on the Facebook page "In Honor of Joe Brewer."