SF awards $1M in rental subsidies for people with HIV 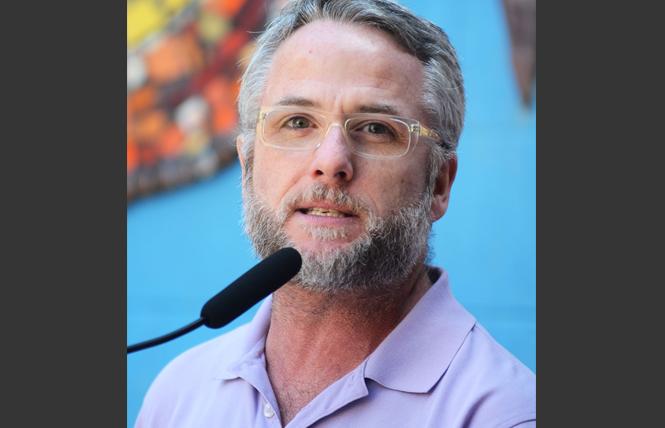 The Mayor's Office of Housing and Community Development will award $1 million this year to the Q Foundation for rental subsidies for people living with HIV, according to the agency.

Q Foundation will also be receiving $500,000 for rental subsidies for seniors and disabled people from the Department of Aging and Adult Services, Executive Director Brian Basinger said.

This is the first money that the city has allocated for HIV-specific rental subsidies in 12 years, but the contracts for both are still in the works, according to Basinger, a gay man who co-founded the nonprofit.

"This is government work and you never really know how long it's going to take," he said.

Brian Cheu, the director of community development for the Mayor's Office of Housing and Community Development, said that the city also administers a federal program to help people with HIV make ends meet at the end of the month.

"That program has been in existence for many years, but it's true that this is the first new funding for subsidies through our office with local funds directed specifically for people with HIV/AIDS," Cheu wrote in an email to the Bay Area Reporter. "This subsidy will help to address critical needs for this population that continues to experience acute housing challenges."

Basinger said that the money will be used to help people facing housing insecurity, giving the example of a widower who loses their spouse's Social Security benefits or income.

"People who are homeless on the street today started housed," Basinger said. "They had a place to live and they lost it. San Francisco has the highest rate of homelessness in the nation."

According to this year's Point-In-Time Count that was held in January, there were 8,011 people experiencing homelessness in San Francisco, a 17% increase over the 2017 count.

Q Foundation started as AIDS Housing Alliance/SF in 2004, founded by Basinger and his partner, James Nykolay. It has been helping rental subsidies reach people in need of them for years.

One past beneficiary is Veronika Fimbres, a transgender woman. She had been homeless until she got a place to live and started receiving rental help.

"I was able to pay my whole rent, and there were times I only had [general assistance] — $400 — and some food stamps and they were able to make up the difference," Fimbres said. "So it was a blessing."

Fimbres said she initially got in touch with the group because she and a friend had volunteered with AIDS Housing Alliance/SF.

"It's a great opportunity for people with HIV and AIDS to get help trying to support themselves and make a semblance of a normal life," she said.

Another person who received help from rental subsidies is Gerard Hoski, a gay man who needed the financial assistance because he was suing his then-landlord for much needed repairs.

"I was there for 22 years and they'd stopped repairs 10 years prior — it was kind of a mess, there were holes in the shower," Hoski said, adding that he no longer lives there.

"I would've been on the street if not for Brian and the Q Foundation. He's so encouraging. Every time I went to see him, I left feeling positive about things," Hoski added.

Basinger said that Q Foundation has streamlined access to its services through a website designed for case managers, to make receiving services easier for people most in need.

"We built this online referral tool called QFAB," Basinger said. "People get mad because they took two busses, got up early, and stood in line just to be told they're not eligible. It doesn't need to be that way."

Basinger said that Q Foundation plans to use the HIV subsidy money it receives judiciously.

"We're going to be helping 130 people," Basinger said. "We started this with $100 from my disability check and we were both people with AIDS on a fixed income. We were so used to being frugal in our personal lives it's just natural in the organization we built.

"We do this because we're helping people," he added.