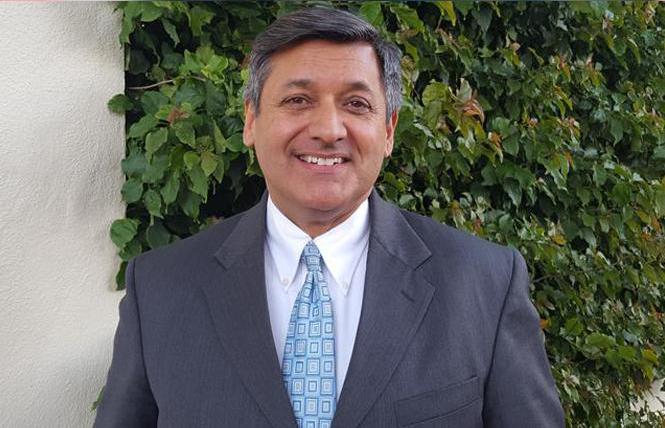 San Francisco City Treasurer-Tax Collector José Cisneros cakewalked into his fifth term Tuesday, as he ran unopposed. Cisneros, a gay man, is the only LGBT person to hold one of the city's seven elected executive positions.

And his re-election sets him up to increase his record as the longest-serving openly gay elected official at the city level. In September, Cisneros marked his 15th year of being San Francisco's treasurer.

He has now surpassed the previous record held by gay former supervisors Tom Ammiano and Harry Britt, who both served on the Board of Supervisors for 14 years. Cisneros, 63, has held his post, which is not term limited, since 2004 when former mayor Gavin Newsom, now the state's governor, appointed him to fill a vacancy.

No one has challenged Cisneros since he first ran for the position in 2005. This year marked his fifth time seeking the treasurer post, as Cisneros had to run for a two-year term in 2013 after voters approved a switch to the city's election timetable that conjoined five races for citywide executive offices, including that of treasurer-tax collector, mayor, and city attorney, to odd years.

Leading up to the November 5 election, Cisneros did not send out any mailers to voters or pay for advertisements. Nor did he take the day off to campaign, instead spending Tuesday hard at work as the city's banker and chief investment officer.

He told the Bay Area Reporter that he planned to celebrate his easy victory — unofficial returns Wednesday morning had him receiving 99.67% of the vote — at dinner with a few close friends Tuesday night.

"I am honored to be able to do this work and sit in this position and work for the people of San Francisco," said Cisneros, who is married to San Francisco Human Rights Commissioner Mark Kelleher, a senior adviser at BroderickHaight Consulting.

As the city's treasurer, Cisneros's main focus is collecting taxes and revenues. In that capacity, he publicly sparred with home-rental sites like Airbnb over their initial refusal to collect and pay the same occupancy tax San Francisco imposes on city hotels.

Wednesday morning he and his office were watching to see if Proposition D would pass. It would impose a new tax on ride shares such as Uber and Lyft in the city and was just barely meeting the two-thirds threshold it needed with 66.66% of the vote according to the unofficial returns.

"As with all other proposals like that, we work with the authors of those measures and those taxes to make sure we can successfully administer them," said Cisneros. "If voters pass that it will be another new project and initiative we have to get underway and perform for the public."

Ever since the economic meltdown of 2008 Cisneros and his office have been involved in talks to form a city-run public bank. He recently released a report on what doing so would entail based on the work of a task force that the supervisors called for last year. Cisneros, however, has remained neutral on the idea as he awaits guidance from Mayor London Breed and the supervisors on moving forward with a public bank now that state lawmakers have allowed municipalities to form such fiscal institutions.

"Chances are we would be included if they decide to go forward on that," said Cisneros.

He demurred when asked about his future political plans. Cisneros will be 67 when his new term expires in 2023.

"I always decide those things closer to election time," he said when asked if he had already determined if he would run for a sixth term as treasurer. 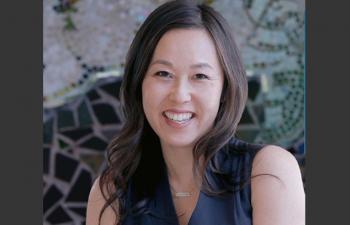 Facing two little-known opponents was school board member Jenny Lam. She was appointed by Breed in January to serve out Matt Haney's term through 2020, as he stepped down following his election last fall to the District 6 supervisor seat.

Lam easily defeated challengers Kirsten Strobel and Robert K. Coleman, setting her up to run next November for a full four-year term overseeing the San Francisco Unified School District. According to the unofficial returns Wednesday morning, Lam took first place with 71.67% of the vote. 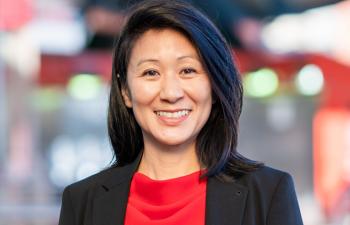 Running unopposed was community college board member Ivy Lee, appointed by Breed in July 2018 to serve out the term of Rafael Mandelman, who stepped down after being elected last year as the District 8 supervisor. She had received 99.57% of the vote as of Wednesday morning.

Lee will serve through the end of 2020 and has already stated she will not seek a full term overseeing City College of San Francisco. She is widely expected to instead seek the District 7 seat on the Board of Supervisors, as her boss, board President Norman Yee, will be termed out of office next year.

Lesbian enters special CA Senate race
Lesbian Palm Springs resident Joy Silver is the first out candidate to announce they will run in the special election for an open California Senate seat. As the B.A.R. reported online last week, former state Senator Jeff Stone (R-La Quinta) resigned November 1 in order to join the Trump administration as the Western Regional director in the Department of Labor.

Silver narrowly lost to Stone last November and had already announced she planned to run again in 2022 for the 28th District seat, which represents a large swath of Riverside County, including the LGBT retirement and vacation meccas in the Coachella Valley.

In an email to supporters Friday, Silver disclosed that she would enter the special election to fill Stone's seat. Governor Gavin Newsom is expected to schedule it to coincide with the March 3 primary.

"After the last election, it will come as no big shock to you that Mr. Stone has decided to join the circus of corruption we are witnessing in Trump's administration. He's abandoning his post and the people of Riverside County," wrote Silver. "But the good news is that we have a new chance to elect a representative who will actually fight for us. If it is the will of the people, I would be honored to be that person."

Transgender Palm Springs City Councilwoman Lisa Middleton is also considering a run for the seat. She could make history if she does enter and win, as she would be the first trans person to serve in the state's Legislature and be the first transgender state senator in the country. As of Wednesday morning, she had yet to announce a decision.

Assemblywoman Melissa Melendez (R-Lake Elsinore) jumped into the race Monday night. Should she win, she would only be able to serve in the seat through 2022 due to term limits.

Republican Temecula City Councilman Matt Rahn, who had initially received Stone's endorsement last week, dropped out of the race Tuesday and endorsed Melendez, as did Stone. He said he would wait to run until 2022.

If no candidate wins 50% plus one of the vote in the special election then the top two vote-getters will advance to a runoff election, likely to be held in May.