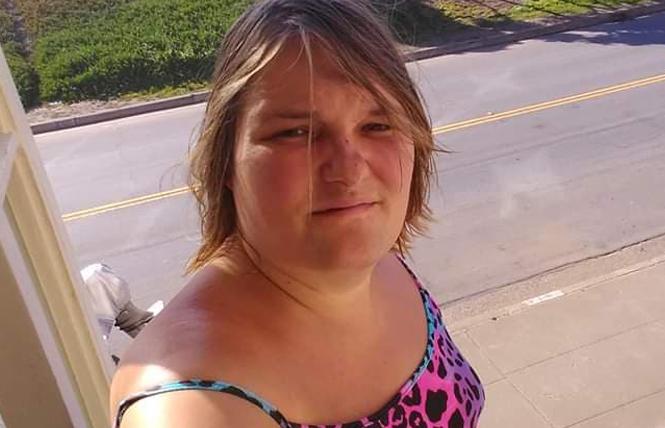 When I read the article about the city awarding $1.15 million in contracts to two reputable nonprofits over the next two years, I was overjoyed, especially since the recipients, St. James Infirmary and Larkin Street Youth Services, are well qualified and have a good track record ["SF awards contracts for trans subsidies," October 10.] When I was homeless in Pennsylvania, I often hesitated to seek help due to lack of cultural competency, and the new program here makes sure that transgender San Franciscans have a lifeline. I also read from the article that someone like myself, who lives in a single-room occupancy hotel, may not be eligible for this program.

While I am very supportive of this appropriation, it has made me think about the work I do as a member of the San Francisco Single Room Occupancy Task Force, and how while and I and many other members of our bodies push for policies that make SROs more healthy and safe, as well as affordable and dignified, we need to make sure that our most vulnerable people do not need to live in SROs long term. This includes seniors, families, disabled folks, and yes, there is going to be a need to have transgender people moved from SROs to apartments, as well as from the street/shelter to apartments.

In late 2017-early 2018, I helped to shepherd first-of-its-kind legislation through the Board of Supervisors to require that single-use common restrooms in residential settings are gender-neutral. However, many common restrooms in SROs are multi-stall, and it can create problems for transgender and gender-nonconforming tenants. Furthermore, there are many tenants in SROs who may or may not have LGBTQ friendly attitudes; this was perfectly illustrated when I helped pass a recommendation before the task force for single-use restrooms in hotels to be gender-neutral, and one of the people who voted no was the other tenant representative (who has since left the task force).

Then there are the issues faced by transgender people who seek surgery through the Department of Public Health's program. When I came to San Francisco homeless, I was told that I would need housing in order to get surgery, and even as I was seeking an orchiectomy, I was told that I would need a unit with a private bathroom, which I was lucky enough to get through the reasonable accommodation program through the Tenderloin Housing Clinic. When I got home from surgery, I learned the need for a private bathroom for recovery fairly quickly. This was a simple orchiectomy, imagine how a person who has recently received vaginoplasty would fare if the restroom was down the hall? The living conditions within SROs can vary wildly as well.

As an SRO/low-income housing activist, we must think of ways not only to make SROs the best they can be, but to make sure that SROs are not a permanent home for transgender and nonbinary people, as well as seniors, disabled, families, and other vulnerable communities. As such, I urge the mayor to, in allocating these subsidies, make sure that transgender people living in SROs can move into apartments, in addition to diverting the community out of SROs altogether. SROs were never intended to be permanent housing, and while I am glad that many transgender SRO tenants are not on the street or in often-gendered shelter settings, and I am hoping to see 111 Taylor Street purchased by the city on behalf of the trans community instead of it being a halfway house run by shady private prison corporations, we have the ability to do better.

As trans activist Aria Sa'id has said, "We need to get to a place where we are looking beyond these prescribed housing models. Trans people deserve to live in all the districts of San Francisco. I want to be a leader in thinking forward on what humane housing for transgender housing looks like — no bed bugs, private bathrooms, a full kitchen, etc. Basically stop putting trans people in substandard SROs and calling it 'equitable' housing."

I am hoping that the mayor and the Board of Supervisors can look at this as a next step.

Jordan Davis is a trans woman who is a member of the San Francisco Single Room Occupancy (SRO) Task Force.