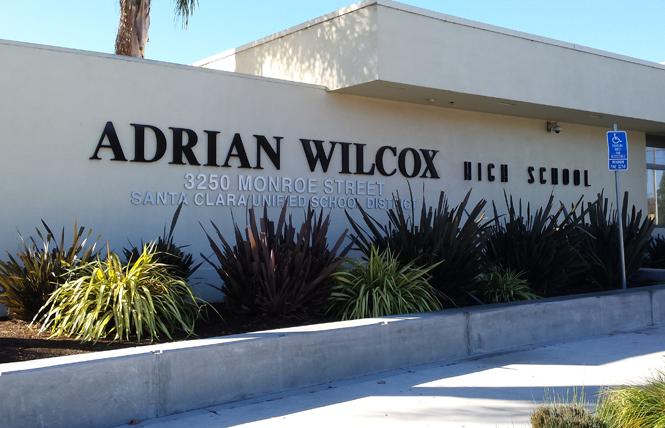 The incidents are alleged to have occurred Friday, October 18, at a Wilcox afternoon pep rally and at the home game that evening against Milpitas High, which Wilcox won, 49-21. Wilcox is undefeated this season. Last season it won a state championship.

Captain Wahid Kazem of the Santa Clara Police Department told reporters Wednesday the department had been asked by the Santa Clara Unified School District to investigate the alleged misconduct. Bullying is forbidden by school district policy, and the police will investigate whether the behavior was criminal.

The police department and school district did not identify the 14-year-old cheerleader by name because of his age, and they gave no indication of what his sexual orientation is.

The boy's father, who was not named, told the Mercury News his son and another cheerleader were also physically threatened and added, "Even after everything that happened, he went back and faced it," the man said. "He's so courageous. He has a responsibility to his team and to the school. He's out there to cheer the football team and this is what they do."

Fellow cheerleaders said the players called him "gay" and "fag."

When the taunts continued, the cheerleader finally left the game with his sister.

By Wednesday morning, more than 5,000 people had signed an online petition at www.change.org calling for police and school investigations and actions.