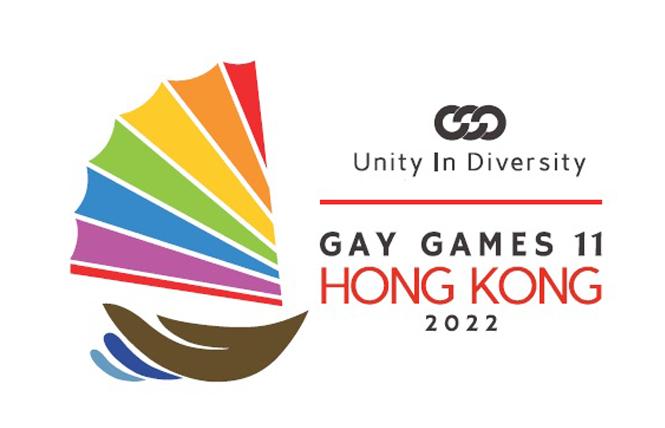 The planned Gay Games in Hong Kong will be a focus of the Federation of Gay Games annual meeting next week in Mexico.

When the Federation of Gay Games opens its annual meeting in exactly one week, the organizational members will be assembled in Guadalajara, Mexico, but their discussions will be bookended by the topic of demonstrations in Hong Kong and their potential impact on plans to hold the Gay Games there in 2022.

For much of the past two decades, these meetings have been virtually hijacked by the need to deal with the legacy of a past presumptive host — Montreal — which broke off relations to create a rival event in an effort to co-opt the mission and destroy the Gay Games themselves. This meeting will be different: not focused on the past, but on the impact of current, often violent, unrest in the former British colony, and the strategic decisions that need to be made to ensure a successful future.

When I previously wrote about what the current Hong Kong pro-democracy demonstrations meant for the 2022 Gay Games, FGG member organizations expressed support for Hong Kong 2022 organizers, but said they anticipated having difficulty recruiting participants to register; were concerned that changing political and economic conditions might force a late cancellation, which would badly impact registrants for this and any future quadrennial cycles; and that the FGG needed to plan an exit strategy if it seems it is going to have to relocate the event.

And that was before things got worse.

As many analysts anticipated, confrontational violence increased after the October 1 anniversary celebration by the communist party of its gaining control of mainland China, with some protesters and police using gasoline bombs, tear gas, water cannons, live ammunition, rubber bullets, and torrents of blue dye against each other. A seldom used emergency colonial-era law was invoked to ban wearing masks in public (many of the protesters have warn masks to thwart the ubiquitous facial recognition cameras); the import from the mainland of many items such as umbrellas and black clothing (extensively used by protesters) has been stopped; and transit stops, businesses, and government offices have been targeted by vandals, often triggered by suspicions of pro-Beijing leanings. News reports indicate many residents are selling their homes to pay for residency visas in other countries, and many demonstrators are writing farewell notes to friends and family, fearing they may be jailed or killed when they go to their next protest. Just last week, a mosque was hit with blue dye blasted from a water cannon when protesters were standing near it.

A journalist was blinded during a protest; other reporters have been beaten. Six people are believed to have died by suicide in anti-government protests since mid-June.

(On a side note, LGBT rights in Hong Kong took a couple of recent hits, when a court ruled against allowing recognition of same-sex marriage, and the housing authority refused to allow a gay man who had gotten married in London to live with his spouse because Hong Kong does not recognize same-sex marriages.)

The first two pro-democracy protests in Hong Kong took place in March and April, and then became almost daily in mid-June. Demands have included dropping a proposed deportation law (which has been done), investigating police conduct, and direct democratic elections. They come in a time when the communist government of China has been flexing its muscle to gain greater recognition of its claims over numerous lands, most notably Taiwan, and has been walking back some of the promises it made when it signed a handover agreement for Hong Kong with Britain in 1997.

The FGG board of directors will meet Wednesday, October 30, then the member assembly will begin the next day. The meeting agenda calls for a 90-minute discussion on the Hong Kong situation and member concerns at the end of the opening session on the first day, and a formal one-hour presentation by Hong Kong 2022 organizers late on the last day of the meeting, Saturday, November 2. The new board of directors will meet again the next day, and often when there is a major topic, individual delegates arrange to meet informally among themselves to discuss the issues. So there will be plenty of opportunities for Gay Games stakeholders to share concerns and develop a unified strategy going forward.

The membership will be counting on the board of directors to hear its concerns and take its cues for action from the assembly.

One thing I have learned in my experiences working for non-profit organizations — from the FGG to the Animal Legal Defense Fund to Couples of the San Francisco Bay Area — is that a board can make the best damn decision in the world, but it won't mean a thing if the membership does not agree. In the case of the Gay Games, the membership assembly is made up of the LGBT sports and cultural organizations that represent artists and athletes. They are the most important recruiters of potential registrants. They are the ones who will be most responsible for convincing individuals to register, regardless of whether the event remains in Hong Kong or is moved elsewhere.

I hate to say it, but when I process all I learn about the current situation and the recent track record of the Chinese government, I am pessimistic. I think deciding now to relocate the event to give a new host ample time to prepare is the safest choice to ensure the continued existence of the Gay Games. But I am not the "man in the arena" — the sports federations on the FGG are. I don't have a vote — they do. So it doesn't matter what I feel — it matters what they think and want to commit to.

A substantial number of those organizations have already said they are having trouble selling the Hong Kong Gay Games to their constituents and don't see much hope conditions will change soon enough, and in the right direction, to make that task any easier. Some would like to see the board lay out its options now, have a backup host selected, and a timeline of benchmarks to set any necessary relocation in enough time for a Gay Games, even if it is a scaled back event, to be organized by a new host. Currently, the 2022 Gay Games are set to be held in 36 months. Usually, hosts have five years to prepare for the event. Chicago 2006 stepped in a little more than two years before it held Gay Games VII, and an original host organization in Cleveland was dropped for another in the same city four years before the 2014 Gay Games.

San Francisco and numerous other cities, all but one in the United States, originally bid to host Gay Games XI. The two other finalists were two-time bidder Washington, D.C., and Guadalajara, the city in which this year's annual meeting is being held.

In an ideal world, the Gay Games go forward in Hong Kong, LGBT sports and cultural groups are able to recruit eager participants, organizers work hand in hand with the various sports to embrace the modified Gay Games rules to fulfill the mission of inclusive participatory sports, and three years from now we're all cheering 12,000 or so participants marching in to opening ceremonies.

In the real world, we must be prepared for, and act on, contingencies in a timely and effective, decisive manner rather than letting time flow past us and have outside circumstances overtake the situation.

Nigel Lee, who was a sports officer for the original Hong Kong bidders and is involved in the host organization, is listed on the agenda as a discussion leader.

When the delegates and board members meet, the talk should not be about taking sides. They should be about ensuring the continuation of the Gay Games sports movement at a time that other multi-sports events have faltered, casting skepticism in the LGBT sports community, and the challenges of doing it in a location where personal freedoms have been increasingly under attack. Hong Kong was chosen as host decisively in 2017.

Now the question that must be answered is whether that still makes sense once 2022 rolls around.