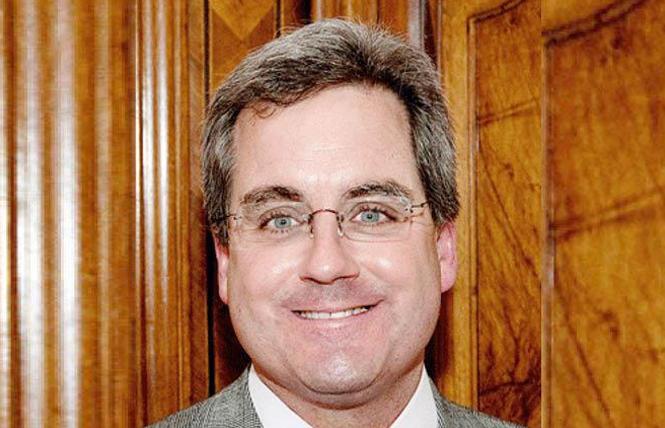 San Francisco City Attorney Dennis Herrera is running unopposed for a sixth term and we endorse him once again. Under Herrera's stellar leadership, the office has done its part to check the outrageous excesses of President Donald Trump and has garnered a national reputation for leading on issues such as marriage equality, gun control, and climate change. This summer, he forced the Trump administration to delay until November the implementation of a rule that would allow health care staff to refuse to provide medical treatment to anyone, even in emergencies, if it conflicted with their religious beliefs. The federal Department of Health and Human Services issued the rule that Herrera said would reduce access to health care, particularly for women, LGBT people, and other medically and socially vulnerable populations. According to Herrera's office, the new rule would require cities like San Francisco — in all circumstances — to prioritize a staff person's religious beliefs over the health and lives of patients. The rule is so broad that it applies not just to doctors and nurses, but anyone even tangentially related to health care, like receptionists. Schedulers, for example, could refuse to schedule appointments for LGBTQ patients or a woman seeking information about an abortion. This is just one of the Trump administration's efforts to satisfy religious conservatives at the expense of civil rights and equality for all.

Of course, Herrera, and the attorneys he recruited, are best known in the LGBTQ community for their work on marriage equality. It was his office's defense of then-mayor Gavin Newsom's 2004 order empowering city officials to issue marriage licenses to same-sex couples that pushed marriage equality into the spotlight and set the stage for eventual national legalization of same-sex marriage in 2015. We will always be grateful for his crucial role in making that dream a reality.

When City College of San Francisco was facing its accreditation crisis, it was Herrera's office that assisted the school, leading to a reprieve for the community college that is a vital lifeline for advancement for so many students.

Herrera has been steadfast in fighting for San Franciscans, whether it be at the federal, state, or local level. He is a protector of the vulnerable and voters should keep him in office.