Editorial: Lam for school board 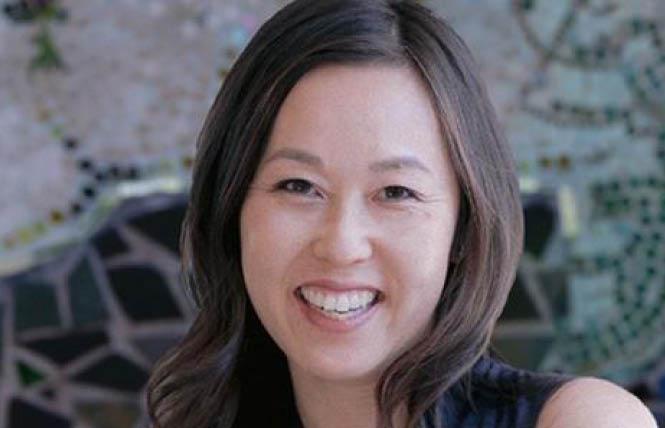 San Francisco Unified School District Commissioner Jenny Lam was appointed last January by Mayor London Breed to fill a vacancy on the board and now must run to complete the unexpired term. She has two minor challengers and we support her election. During her editorial board meeting with the Bay Area Reporter, Lam, who works as Breed's education adviser, said serving on the school board represents a culmination of the education work she's done over the last 20 years empowering young women, fighting for the civil rights of immigrants, and improving technology access in the classroom. She's the parent of two children who are enrolled in the SFUSD and has served on several education committees.

The district faces a complex task of overhauling its unpopular school assignment policy. Lam agreed that the board had failed to achieve its goal: "We know that our student assignment, and the outcomes of it, so far, is completely opposite the original intent of why the board created the policy." The policy resulted from a consent decree and a commitment to address racial inequalities by improving integration. Yet, as Lam pointed out, "the outcome now is our schools are actually more racially isolated and segregated than they have been before. I think this board is ready to tackle really looking holistically at that policy." We encourage that examination and believe Lam is capable of facing the difficult decisions that lay ahead.

Lam acknowledged that nonbinary and LGBTQ students continue to face unique problems that can impede their education and she wants "to dive deeper" and understand from students and their families what those experiences are. She suggested seeking the guidance of community-based organizations to equip school social workers and counselors with the skills to support their LGBT students. Site leadership, working directly with principals and other administrators, and educational development are also parts of her solution. "They're the ones who are going to build out that school climate, with their staff and with their families and students," she said. "I am excited about the work that's happening at the middle school level, particularly how we're supporting our LGBTQ students, so that for example, I know at Denman Middle School, there's growing support there [and] more additional funding [for] partners like LYRIC."

The fate of a mural at Washington High School has been a long-running controversy that came to a head this year with rowdy public hearings and equivocal decisions by the board. "Life of Washington" by Victor Arnautoff, has been criticized by students and their supporters as racist and degrading for its depiction of black and Native American people; equally vocal preservationists maintain that the subversive artist had intended to send the opposite message and that altering the mural would amount to censorship and erasing history. The mural was commissioned in 1936 as part of a New Deal-era art program. In June, the school board voted to remove it, but in August it reconsidered and voted to cover the mural instead. Lam voted to cover, but that has not satisfied mural supporters and anti-censorship advocates who may take the issue to the ballot next year. "I made a decision based upon students and families have been raising this as an issue for several years now," she told us.

She's "completely supportive" of arts in the schools and co-authored a resolution that would study how art, library books, and other items are selected for use in schools and permitting staff doing the work more freedom to improve implementation. Lam acknowledged that she "learned a lot" during the mural controversy, including managing the public engagement process and fostering a community consensus around an issue.

Lam is committed to students and we think she'll continue to place them first when deciding on policy. Vote for Lam November 5.