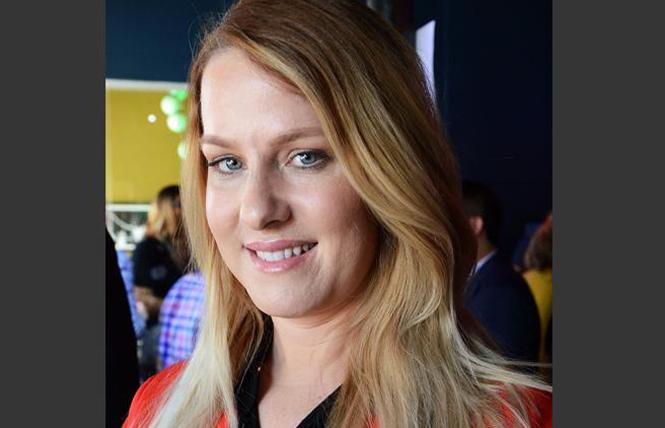 The City and County of San Francisco has awarded $1.15 million for each of the next two fiscal years to two nonprofits to provide direct rental subsidies to help keep transgender and gender-nonconforming people in their homes or find housing.

The funding came about in Mayor London Breed's two-year budget and was prompted by the Our Trans Home SF campaign that lobbied for the subsidies.

"Our goal is that no trans or gender-nonconforming person will have to spend a night on the street," said Toni Newman, a transgender woman who serves as the executive director of St. James Infirmary, a peer-based occupational health and safety clinic for sex workers and their families.

The money will be used on rental subsidies for trans and gender-nonconforming people dealing with housing instability. St. James Infirmary will provide case management for each person receiving assistance and the funds will be distributed by Larkin Street Youth Services.

Clair Farley, a transgender woman who serves as director of San Francisco's Office of Transgender Initiatives, said that while the money will be distributed by Larkin, the recipients can be of any age.

"Larkin Street had a deep experience of rental subsidies for LGBT people for over 30 years," Farley said in a phone interview with the Bay Area Reporter. "St. James has deep trans community experience and leadership."

Farley said that as the mayor's office was trying to find ways to help the trans community, housing stability emerged as "the top priority." Earlier this year, trans community leaders launched Our Trans Home SF and said rental subsidies were a top priority.

The program will start ramping up in November and assistance will begin no later than December 1, according to the mayor's office. It is expected to serve at least 55 households.

Newman said that St. James will have two housing navigators and one case manager. People seeking assistance can fill out the applications at St. James, and then go to Larkin for the subsidy.

People seeking assistance who don't have a place to stay will be found one for up to a 90-day period.

Newman said that people don't have to already be homeless to receive assistance.

"If you think you're going to get evicted, we will put you in touch with lawyers, and if it's imminent we will make sure you don't have to spend one night on the street," Newman said.

Sherilyn Adams, a lesbian who is the executive director of Larkin Street Youth Services, said in a phone interview with the B.A.R. that her organization's role is to make everything "as seamless as we can for the folks receiving the subsidies."

"We're grateful for this very needed investment," she said. "We will provide whatever support St. James needs to locate units. This is brand new, so we are still working on some of the details."

In an emailed statement to the B.A.R., Breed juxtaposed her administration's record on trans issues with that of President Donald Trump.

"The ongoing housing crisis in our city continues to impact our most marginalized communities including our trans community," the statement reads. "Meanwhile the community continues to be under constant attack by the federal administration who is attempting to legalize discrimination and erase transgender people. The Our Trans Home SF program is a vital step forward in assuring our trans community is housed, safe, and can thrive in San Francisco."

At the end of two years the program will be evaluated, according to a memo from the Office of Transgender Initiatives.