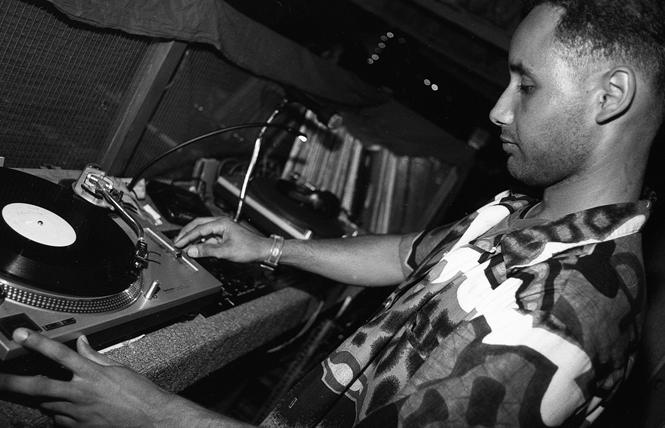 The properties at 3156-3158 Mission Street also include eight apartments that are rented to low- to moderate-income households. The Mission Economic Development Agency acquired the buildings through an $8.6 million loan provided by the San Francisco Housing Accelerator Fund.

The Mayor's Office of Housing and Community Development is expected to provide MEDA with permanent financing for the building in December 2020 after the agency completes critical repairs and upgrades to the buildings. The roughly $800,000 in work includes seismic retrofitting and strengthening of the structures, updating electrical and building systems, and additional exterior renovations and improvements.

"Our small sites program is about keeping our residents stable and our communities strong, and El Rio is an incredible part of this community," stated Mayor London Breed. "We have seen a lot of our nightlife institutions, especially in the LGBT community, struggle to stay open in recent years, so this feels special to be able to keep El Rio secure in the Mission where it belongs, while also preserving rent-controlled housing."

Malcolm Thornley and Robert Nett opened El Rio in 1978 as a leather Brazilian gay bar. When the couple retired in 1997, ownership of the bar passed to Dawn Huston, who is queer and was hired roughly 25 years ago as a door person.

Officially called El Rio, Your Dive, the bar was designated by the city as a legacy business in November 2017. In addition to offering various parties for its patrons, a mix of LGBT and straight clientele, El Rio has long hosted fundraisers for LGBT nonprofits and other community groups.

It is one of the few remaining queer-woman owned bars in San Francisco. Huston, 54, was unable to buy the one property that Thornley and Nett had owned and put up for sale in 2006. While she had a cordial relationship with her former landlord, Huston told the Bay Area Reporter she nonetheless had concerns about the bar's longevity.

It was her staff that had first proposed that she enter into talks with MEDA about possibly buying the two properties. Those conversations had already begun, said Huston, when the former owners decided to sell. She signed a new 10-year-plus lease — Huston wouldn't disclose the exact terms — with MEDA in September.

She is working with the agency to obtain rental benefits through the legacy business program and possibly establishing a nonprofit arm for the bar's fundraising efforts to help offset its property tax bill.

"There is a lot of stuff in our lease that talks about what we are and what we do. I feel incredibly good with our relationship with MEDA," Huston said by phone Tuesday from her Big Table Ranch near Yosemite that she co-owns with her partner, Kim Brisack. "We are protected for a very, very long period of time. Even when we need to renew our lease, there are terms in there to make it very fair."

The San Francisco Housing Accelerator Fund was incubated in the mayor's office and was begun due to investments from the city, Citi Community Development, Dignity Health, and the San Francisco Foundation. Over the last three years the fund has used $109 million to preserve and construct 433 permanently affordable units in San Francisco.

According to the mayor's office, the city's acquisition programs have been used to acquire 34 buildings consisting of 278 units, and another 12 buildings with 110 total units are in the pipeline. In September, the mayor's housing office announced there was $40.5 million available to buy additional small sites.

"Bars and clubs like El Rio are sacred spaces for queer people," noted gay District 8 Supervisor Rafael Mandelman. "They're places where we come together with chosen family, raise funds for important organizations, and create a stronger and more vibrant LGBTQ community. I've been to dozens of fundraisers, dance parties, and drag shows at El Rio and am looking forward to many more community events to come thanks to this purchase through the city's Small Sites Program."

In a news release Wednesday announcing the acquisition of the El Rio buildings, MEDA Associate Director of Community Real Estate Johnny Oliver stated that protecting the legacy LGBT business is in keeping with the nonprofit's cultural placekeeping strategy for the Mission/Bernal Heights.

"El Rio promotes diversity, which is a value that San Francisco has long touted, and remains a communal meeting ground," stated Oliver. "This purchase will also keep in place the longtime tenants in the apartments above El Rio - tenants vulnerable to displacement."

Rebecca Foster, CEO of the SFHAF, noted that, "The Housing Accelerator Fund was created to make important projects exactly like this a reality."

El Rio is celebrating its 41st anniversary Saturday, October 12, from 2 to 8 p.m. with a Dolly Parton themed party that will raise money for the singer's Imagination Library book gifting program.