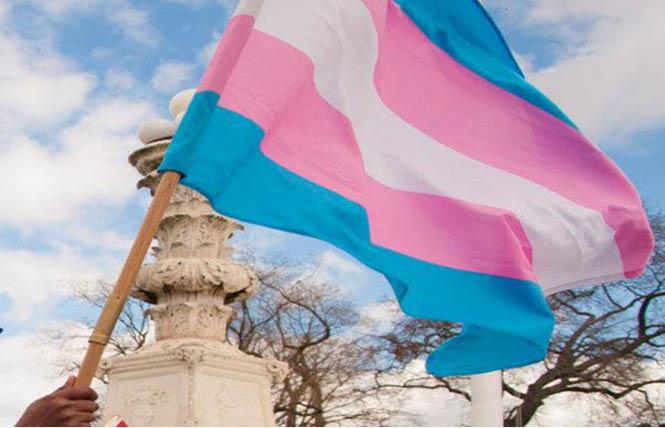 Trans activists and organization leaders have signed an open letter to the Human Rights Campaign criticizing the national LGBT organization for its announcement of a new trans "framework."

Leaders of the transgender community published an open letter to the Human Rights Campaign last week, protesting the national LGBT rights organization's announcement of a new "framework" to fight for trans rights.

In a September 27 article on out.com, it was reported that HRC's new president, Alphonso David, was leading the organization in making justice for transgender people a centerpiece of its work. However, HRC has a long history of antagonizing the trans community and communities of color.

Leaders of numerous trans-focused organizations said in the open letter that they are better prepared on the issues facing the trans community.

"Our work in recent decades has more often been opposed and undermined by HRC rather than supported," the letter reads. "We need to be trusted to lead with our own solutions to the oppression that threatens our lives. We do not need a cisgender-led $40 million organization to copy our work and brand it as new."

Trans leaders and the HRC have squared off in the past.

In 2007, Democratic lawmakers in Congress introduced legislation that would have outlawed employment discrimination on the basis of sexual orientation and gender identity. When that bill didn't go anywhere, gay then-Congressman Barney Frank (D-Massachusetts) introduced a version that did not include gender identity protections.

While many LGBT organizations refused to support the watered-down version of the bill, HRC reversed itself and supported the version that only covered sexual orientation, which passed the House of Representatives but died in the Senate after then-President George W. Bush said he would veto it.

In 2013, a trans activist was asked to move the trans pride flag from behind a podium at a rally for same-sex marriage in front of the U.S. Supreme Court. While the HRC initially denied any wrongdoing, it later apologized for that incident and for asking another activist to remove a reference to being an undocumented immigrant in his remarks.

The August ascension of David, a gay black man, to the HRC presidency — he is the first person of color to hold the position — provided some hope to activists that the organization would become more progressive.

But they were not placated by David's announcement during the Out magazine interview that the organization was going to come up with a "framework" or "construct" to support trans rights going forward. This idea has since been further refined and named the Transgender Justice Initiative.

"We made the difficult decision to draft this open letter because trans people have worked hard to build an infrastructure to support our movement, and we saw that work being dangerously invisibilized in the way HRC composed its plan and rolled out the announcement," Kris Hayashi, a transgender man who is the executive director of the Transgender Law Center, wrote in an emailed statement to the Bay Area Reporter. "Under Alphonso David's leadership, we see a new willingness from HRC to prioritize trans people of color. Our letter is an invitation for HRC to do so in partnership with us — rather than for us."

Persson, a trans man, held similar sentiments in his statement to the B.A.R.

"We appreciate HRC's recognition that more attention and resources need to be invested into transgender and gender-nonconforming communities," he said. "We are also in solidarity with the national response calling on HRC to show up as a stronger ally."

Gwendolyn Ann Smith, a transgender woman who is a longtime B.A.R. columnist and the founder of the Transgender Day of Remembrance, did not sign the open letter.

"I only wish I'd had the opportunity to sign it as well," she said. "I feel like so many of the victories that have been had by the transgender community were done without the support of organizations like HRC, yet they've always been more than happy to suggest they played a part when it comes time to fundraise.

"I appreciate that, once again, we see a contrite HRC trying to do better — but words are just words. We need to see action. Until then, nothing has changed," she added.

The open letter said that the movement for trans liberation needs to be led by trans people themselves, and that existing organizations need more funding to execute the goals they have already instituted.

"The organization's leadership must start with repairing, healing, and listening," the letter reads.

David responded to the letter in the online comments section of the Out magazine post. He said that he has been trying to do exactly that, starting with a nationwide trip during which he listened to trans and LGB activists across the country.

"As I said last week, change will not come overnight, and it will certainly not come from any single organization or any single person," David wrote. "But it also will not come if we continue to fight amongst ourselves or hold onto the past.

"We cannot sit on the sidelines while people are dying and directly demanding that the Human Rights Campaign take the actions that it is taking," he added.

LGBTQ Agenda is an online column that appears weekly, usually on Tuesdays. Got a tip on queer news? Contact John Ferrannini at j.ferrannini@ebar.com.