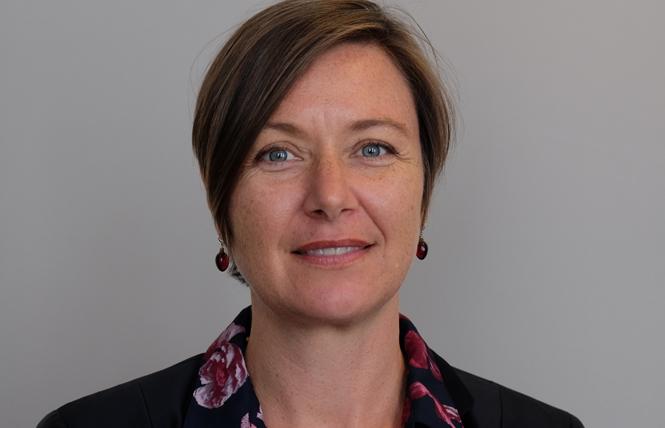 Breast Cancer Action has launched its 2019 Think Before You Pink campaign, "Say Never to Forever Chemicals," demanding that corporate giant 3M stop production and use of all per- and polyfluoroalkyl substances (PFAS) because of evidence this toxic class of compounds, known as "forever" chemicals, may contribute to breast cancer risk.

The campaign, timed to Breast Cancer Awareness Month, targets 3M, a Fortune 500 company, because of its large-scale production, use, and promotion of PFAS while it simultaneously markets products, like its pink ribbon Post-it notes, for breast cancer awareness.

"3M is trying to use pretty pink ribbon Post-its to cover up the fact that their toxic PFAS may actually increase the risk of breast cancer," Karuna Jaggar, BCA's executive director, said in a news release. "That's pinkwashing. And it's outrageous."

According to San Francisco-based BCA, a growing body of evidence shows that PFAS may increase the risk of breast cancer. It is known to cause some cancers and has been found to change the structure of the mammary gland. In addition, PFAS interferes with normal hormone functioning and has been shown to suppress the immune system.

BCA said that 3M calls itself a good corporate citizen despite producing and profiting from toxic PFAS and has rolled out a number of breast cancer promotions over the years, including pink hard hats and tape. In addition to the pink Post-its, 3M is currently selling pink stethoscopes to "help fight against breast cancer," the release said.

PFAS are called forever chemicals because of their extreme persistence, BCA stated. The chemicals have been shown to accumulate in humans, animals, and the environment. The agency noted that researchers have found that 98% of Americans have at least one PFAS chemical in their body. The drinking water of approximately 110 million Americans contains unsafe levels of PFAS, and the chemicals have been found in breast and cow's milk, the agency stated.

BCA noted that 3M has been faced with multiple lawsuits brought by state attorneys general and was finally forced to acknowledge the risks posed by PFAS. The company phased out production of certain types of PFAS, and has been developing and using newer "short chain" PFAS. However, there is evidence that the newer chemicals in the same class of compounds are not safe for humans and the environment, according to BCA.

3M did not respond to a request for comment.

"3M's pink ribbon Post-its may peel off, but their toxic PFAS are forever," Jaggar said.

BCA is asking concerned people to join its campaign by telling 3M to stop pinkwashing at http://www.bcaction.org/neverforeverchems

As the Bay Area Reporter noted in a story this summer, SFO regularly shows short films on a rotating basis for free in the SFO Museum's Video Arts room between 5 a.m. and midnight. It is located in the pre-security area of the departures level in the International Terminal.

In the nearly five-minute film, trans activist, writer, and actor Jake Graf uses trans actors to give voice to the articulated concerns of trans youth.

"We love the film because we feel his approach makes these touching accounts very real for the viewers," Timothy O'Brien, assistant director of exhibitions at SFO Museum, wrote in an email. "We, like Jake, are hopeful it opens some eyes to the very real issues confronting young people who are typically either ignored or demonized."

The film can also be viewed at the SFO Museum site at https://www.sfomuseum.org/programs/video-arts/listen

In a news release, the office said that interested people are welcome to attend the forums in cities where they live and work. The sessions provide an opportunity for LGBTQ community members, stakeholders, county and city elected officials, employers, school administrators, health officials, and others who work in any capacity with LGBTQ individuals to engage in conversation about issues affecting the community.

Other cities will hold the meetings in November and December.

A centralized Eventbrite page has been set up where people can register for the forums, which are free and open to the public, at https://bit.ly/30MwyRo

The panel will be cohosted by the BAYMEC Community Foundation and moderated by Robert Marx, Ph.D., assistant professor of child and adolescent development at SJSU. Gay former Santa Clara County supervisor Ken Yeager, executive director of the BAYMEC foundation, will be joined in conversation with Wiggsy Sivertsen, co-founder of the Bay Area Municipal Elections Committee, which is affiliated with the foundation, and Maribel Martínez, a queer woman of color who's director of the aforementioned county Office of LGBTQ Affairs.

According to an announcement, the fair will include 20-plus employer partners, a free head shot clinic, and one-on-one resume reviews.

The event is free, but registration is required. For a schedule of events, participating employers, and to sign up, visit https://bit.ly/335q3dV

Pumpkin carving is at non-taxpayer expense. The event is free. To RSVP or for more information, call Wiener's office at (415) 557-1300 or visit www.bit.ly/10-19pumpkins

Castro Country Club benefit
The Castro Country Club, a clean and sober space in the gay neighborhood, will hold its 10th annual Harvest Festival Wednesday, October 23, from 6 to 9:30 p.m. at the Green Room, 401 Van Ness Avenue in San Francisco.

This year's theme is a roaring 1920s Prohibition soiree. Costumes are encouraged.

The program will be emceed by drag queen Pollo Del Mar. A three-course dinner presented by Jane Hammond Events will follow a reception. Performing from the American Songbook will be Kyle Jones.

This year's honoree is the National AIDS Memorial Grove.

The Halloween-themed event will feature plenty of dancing and socializing. Costumes are encouraged. Beverages and snacks will be provided.

Jolene's is off the 22 Muni line and near the 16th Street BART station.