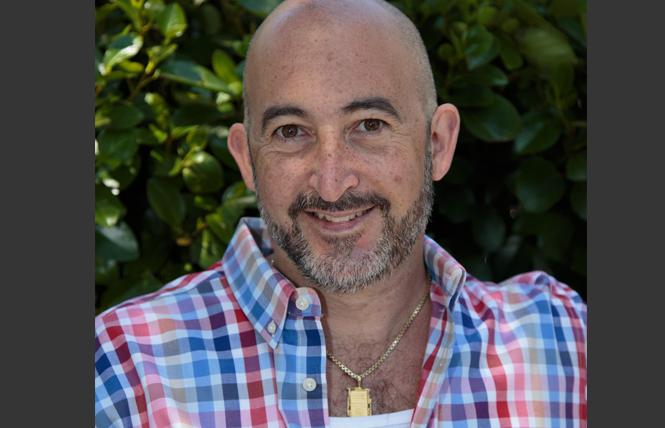 The San Francisco Rent Ordinance (SFRO), enacted in 1979, is recognized for having arguably the strongest pro-tenant protections in the country. However, you may be surprised to learn that if your home was built after 1979, you are 100% excluded — this includes all protections added through legislation and ballot measures since. Further, as city officials and developers work to create more housing, they are thereby diluting the percentage of tenants protected by the SFRO and ultimately will diminish the support of residents for the values it represents. Now, on the SFRO's 40th anniversary, it is time to reset the eligibility clock and expand SFRO protections to all tenants in San Francisco no matter when their home was built.

The evolution of the ordinance
In 1979, pressure from the tenant activist community led to the San Francisco Board of Supervisors enacting the SFRO to restrain rapidly rising rents and create stability in San Francisco's diverse communities. Antagonistic to the cause, developers argued that fewer homes would be built if their profits were constrained. Repeatedly disproved in practice, this lost-profit narrative is dragged out every time a legislative body seeks to protect housing rights, even to this day. However, as an act of legislative compromise, the SFRO covered only the existing housing, leaving the occupants of homes not yet built out in the cold.

While the SFRO is known primarily for rent control, additional protections and rights for its protected class have been added over the decades that have kept San Francisco a world leader in the battle for housing rights.

For example, what if your landlord decides to move themselves or a family member into your home? In a pre-1979 home, [Section 37.9 (a)(8)], you are entitled to relocation payments, rent board oversight, and a requirement your landlord "offer back" your home at prior rent if the family member doesn't stay the required minimum of three years. Stiff penalties are in place to compensate the displaced tenant if a fraud was committed to re-rent the home at market rates. However, if your home was constructed after 1979, a landlord's Notice to Vacate is all you get.

What if your landlord isn't maintaining the property and a failing roof or leaky pipes have resulted in toxic mold in your home? If the remediation needed leaves you temporarily displaced from your home, Section 37.10B provides relocation payments, mandates prompt repairs, and ensures the right to return to your home. Tenants in post-1979 housing are not afforded any of these protections and the umbrella of tenant protections leaves them out in the rain.

What if your landlord doesn't respect your rights as a tenant? In 2008, city voters passed the Tenant Anti-Harassment Statute (Proposition M, codified as RO section 37.10B) to create a treasure trove of protections when a landlord acts in bad faith (i.e., knowingly mistreats his tenants). This includes broad conduct such as ignoring your right to privacy by entering your home without notice, holding your rent checks for over 30 days, delaying necessary repairs, or generally disrupting your right to peaceably live in your home. The battle over this ballot measure was fierce, and the victory of its passage was cause for celebration. That fellow residents (our neighbors), who happen to live in post-1979 constructed units, are left with none of these protections remains a stain on our conscience.

The above are just a few examples of the breadth of our SFRO. While our community cannot alone overcome the statewide rent control restraint of the Costa-Hawkins Rental Housing Act, we can, and should, unify San Francisco's entire community of tenants within the myriad championed protections. Forty years after it's historic passage, it is time to remove this unjust restriction, unite our community and ensure that every tenant is a beneficiary of the SFRO.

Costa-Hawkins is no bar to achieving this equality
Always fearful that laws benefiting communities will diminish profits, real estate developers and landlords have continuously sought to solidify barriers to community-supported protections. In 1995, Governor Pete Wilson gave them a win when he signed the Costa-Hawkins Rental Housing Act, establishing that no local regulations to limit rent increases could be enacted for any housing built after February 1995 — setting a statewide age-based cap as put in the SFRO. Ordinances like the SFRO remained in effect but the law froze in place their cut-off dates to prevent them from advancing to the new limit.

However, the Costa Hawkins constraint applies only to rent control and has no impact on the many expanded rights achieved through legislation and ballot measures. Thus, the remedy — removal of this housing age-based inequity for the non-rent-controlled protection — is attainable.

San Franciscans deserve equal treatment under the SFRO
Year after year our Board of Supervisors, mayor, and activists have worked to add protections under the existing rent ordinance. The hard-fought and varied protections added to the SFRO can, and should, be provided to all tenants. SFRO Section 37.2(r) defines broadly "rental unit" as "all residential dwelling units in the City and County of San Francisco ..." then reduces this through subsection (5) that states "[t]he term 'rental units' shall not include Rental Units located in a structure for which a certificate of occupancy was first issued after the effective date of this ordinance [i.e. 1979]." My proposed carve out exception to overcome the Costa-Hawkins limitation could include subsection 37.2(r)(5)(D) and state "[E]xcept as used in Sections 37.9(a) & 37.10B et. seq. where the date of issuance of the certificate of occupancy is of no consequence." An amendment of one sentence can extend the blanket of protection from the diminishing percentage of the overall housing stock back to the super-majority of citizenry included in 1979. Unifying all tenants of San Francisco with comparable housing protections is emblematic of and consistent with our internationally recognized model for housing justice.

Eric Lifschitz is managing partner of LEDA Law Firm, a tenants rights firm with a focus on toxic mold and tenant harassment litigation. Lifschitz recently stepped down as board president of the Eviction Defense Collaborative nonprofit, the lead partner in SF's historic 2018 ballot measure to provide a Right to Counsel to anyone being evicted from their home. Lifschitz has now redirected his energy to advocating with his peers for pro-tenant legislation. He also provides a free "Tenants Rights Made Easy" seminar to communities with a focus on empowering tenants to self-advocate and utilize allies in protection of their rights.