Guest Opinion: DA's office needs to be part of solution 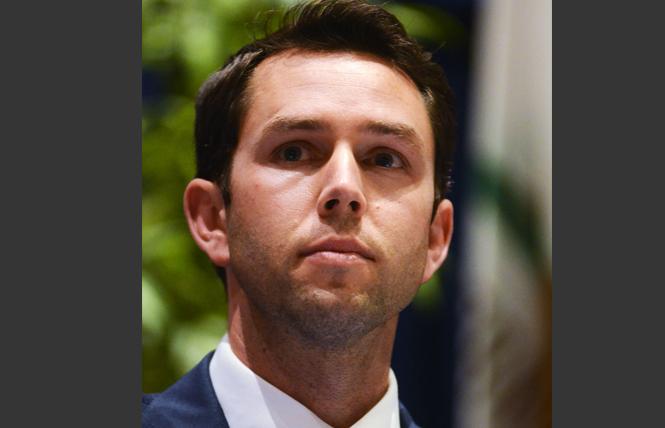 When it comes to homelessness, car break-ins, and police accountability, the San Francisco District Attorney's office has been part of the problem — I'm running to make it part of the solution. From speaking with LGBTQ friends and supporters, and concerned citizens and small business owners all across San Francisco, it's clear that people want the next DA to:

- Open a mental health justice center for those battling mental illness on our streets.

- Prioritize the investigation and prosecution of sexual assault.

These are issues that affect the entire city, but they have a disproportionate impact on the LGBTQ community, whether it's the sky-high LGBTQ youth homelessness rates or the incidence of sexual violence and police harassment against our trans brothers and sisters.

I work on these issues every day as a deputy state attorney general, where I've prosecuted more than 400 criminal cases, from trials to arguing before the California Supreme Court. As an assistant supervisor, I'm the only candidate in the DA's race who actually manages a team of prosecutors.

But my passion for criminal justice started much earlier. When I was growing up, my mom worked as a nurse at a juvenile hall. She was so moved by the kids there that she convinced our family to become foster parents. We took in a dozen kids, eventually adopting two: my brother, Ian, and my sister, Elissa. I saw firsthand the effects of trauma, race, and poverty, but I also saw amazing people like my mom working within the system to ensure that a one-time mistake did not turn into a lifetime of crime.

It was that childhood exposure to the justice system that set me on this path. A path that took me from a small organic farm in rural California to Harvard Law to clerking on the 9th U.S. Circuit Court of Appeals to serving as the president of the San Francisco Juvenile Probation Commission, and to my current position as a deputy attorney general.

But now, we face a crossroads in San Francisco. We have a broken justice system that sees 70% of people return to jail within three years of release. We have a humanitarian and public health crisis playing out on our streets. We have the highest property crime rates in the nation.

Leif Dautch is a deputy state attorney general, former president of the San Francisco Juvenile Probation Commission, and a candidate for San Francisco district attorney. His views are his own. For more information, visit http://www.leif2019.com