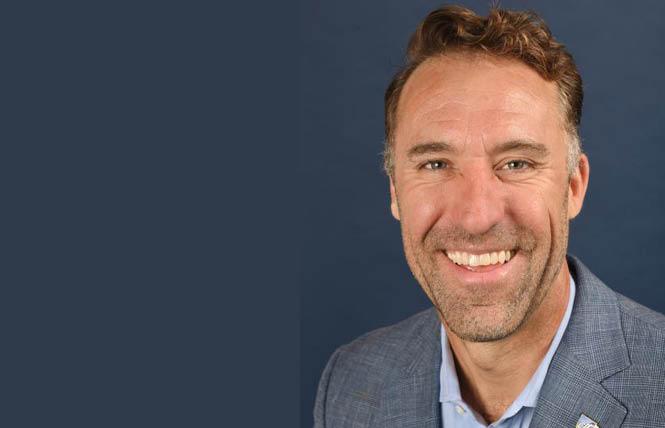 This is how I introduced myself in July of this year when, acting in my capacity as a vice president of the American Federation of Teachers, I attended the Education International (EI) World Congress in Bangkok, Thailand. The EI is an organization of international education unions and the World Congress is the EI's convention, held every four years.

In many ways, there has been steady progress in the arena of LGBTQI rights. But with a U.S. president who is increasingly hostile toward many marginalized groups — including LGBTQI communities — our fight is far from over. Previously, the Trump administration eliminated the ability of transgender people to serve in the military. And just this month, the administration proposed a new rule that would allow businesses who contract with the federal government to discriminate against their workers on the basis of sex, race, ethnicity, and LGBTQI status, among other characteristics. Those businesses need only show "religious objections" to engage in such discrimination against classes for whom the labor movement and our allies have sought to ensure workplace protections.

As trade unionists, one of our most important duties is to help eliminate discrimination and harassment in the workplace and support the rights of all workers. And as the recent Trump administration proposal shows, one of the biggest targets of such mistreatment remains the LGBTQI community.

Despite recent progress in visibility and legal protections, many LGBTQI students, educators, and support personnel still live in places that allow societal and/or employment discrimination based on sexual orientation or gender expression or identity.

That is why the resolution passed by the Education International World Congress sought to "include LGBTI equality in all campaigns for the right to quality education for all children, young people, and adults."

And while the world stage is a critical place to raise these issues, we are equally committed to continuing this fight at home in California, in our school districts, and in our classrooms. For example, California was the first state to pass a law demanding the inclusion of LGBTQI history in social studies curriculum. The CFT was a strong supporter of this historic bill in 2011, called the Fair, Accurate, Inclusive, and Respectful (FAIR) Act and authored by gay then-state Senator Mark Leno, which incorporated not only LGBTQI history into public education curriculum, but ensured the inclusion of the history of a wide range of Americans, including Native Americans and individuals with disabilities. Since California passed this law in 2011, three other states have followed suit: Colorado, New Jersey, and, most recently, Illinois.

This year we are supporting AB 493 by gay Assemblyman Todd Gloria (D-San Diego). This bill focuses on training at least once every two years for school employees to support LGBTQI students in California. The Human Rights Campaign and researchers at the University of Connecticut found among other items that 77% of LGBTQI teenagers surveyed report feeling depressed or down over the past week. Understanding these issues and the needs of all students is vital to making a safe and supportive environment for the students.

The California Federation of Teachers has also been a strong partner of Equality California, an organization whose mission is to advocate for civil rights and social justice for members of California's LGBTQI community. I currently serve as a board member of EQCA and helped to launch its survey on Safe and Supportive Schools, which asked K-12 unified school districts to respond to a range of LGBTQI practices and policies and specifically looked at the ways that districts are protecting LGBTQI students from bullying and violence and are serving at-risk students.

As a longtime teacher and advocate for public education and education professionals, I have worked to ensure that our classrooms and campuses are free from discrimination and are safe and supportive environments for students and workers alike. At CFT, we will continue our important work to fight for diversity, equity, equality, and respect for all.

Jeff Freitas is president of the California Federation of Teachers.