Editorial: When workouts don't work out 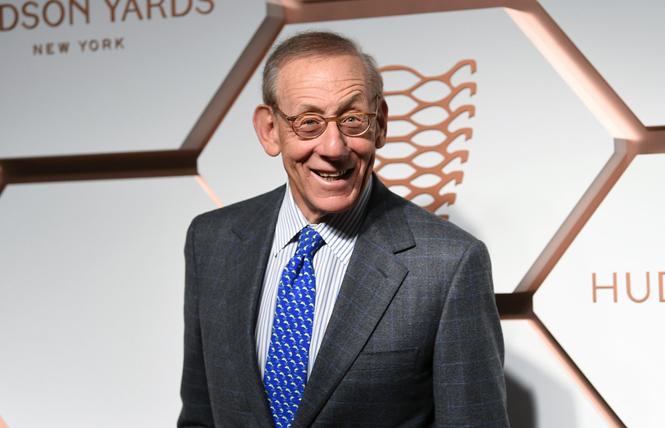 Now spin classes and luxe fitness centers have joined the list of politically toxic companies. When it was reported last week that Stephen Ross, the billionaire chairman of Related Companies, which owns SoulCycle and the fitness club Equinox, was hosting a glitzy fundraiser for President Donald Trump's re-election last Friday at his home in the Hamptons in New York, there were immediate calls for a boycott. Much like a dustup last year involving an owner of the San Francisco Giants who donated to a conservative political action committee and was rightly called out for it, it seems that the politics of leaders of every business, corporation, or sports franchise have the potential to disappoint advocates of LGBT equality at some point.

Melanie Whelan, the CEO of SoulCycle, quickly tried to distance the indoor cycling fitness chain from Ross. "SoulCycle in no way endorses the political fundraising event being held later this week," Whelan wrote in an Instagram post. "SoulCycle has nothing to do with the event and does not support it. Consistent with our policies, no company profits are used to fund politicians." Whelan also claimed that Ross is a "passive investor." But that's not entirely accurate, and most people didn't buy it. Far from being a mere investor, Ross is chairman of the company that owns SoulCycle. So, while he may not be involved in its day-to-day operations, he's certainly at the top of the leadership structure.

"SoulCycle is more than a workout — it's an experience," reads the company's tagline on its website. Some patrons are now wondering if it's the experience they signed up for — at $42 a pop — now that they know the owner is a Trump donor and fundraiser.

During his first term in office, Trump has directly (trans military ban) or indirectly (through efforts of his cabinet secretaries and other officials) worked to strip away rights from LGBTQ people. His racist statements and actions have harmed not only us, but every other minority group. So yeah, when a billionaire who owns companies decides to hold a $250,000 per person fundraiser for this president, those who oppose Trump are going to be critical. They may take to the streets, cancel their memberships, or stop buying products.

At the heart of this latest flap is the accusation of "pink washing." That's when a business tries to identify with the LGBT community while also participating in anti-LGBT activities and policies. Especially during Pride Month in June, many companies put rainbows on their merchandise, store windows, and social media accounts, then disappear in July. As Ruth Borenstein wrote in an op-ed for the Bay Area Reporter last month, "Like many others, I'm tired of companies that engage in 'rainbow washing' by slapping Pride flags on merchandise and ads in an attempt to profit from the LGBTQ+ community without actually doing anything to help the community." Equinox, in particular, has built its brand in part on being an inclusive, LGBT-friendly place, as Newsweek reported last week. Locally, protests at the SoulCycle in the Castro, at the prominent location of Market and Castro streets right next to Harvey Milk Plaza, were inevitable. Kudos to gay longtime activist Michael Petrelis for quickly organizing a demonstration last Wednesday evening outside the Castro SoulCycle hours after the news broke.

If you don't share the values of the corporate titans of businesses you patronize, find a company that does. Individuals can spark action on their own.