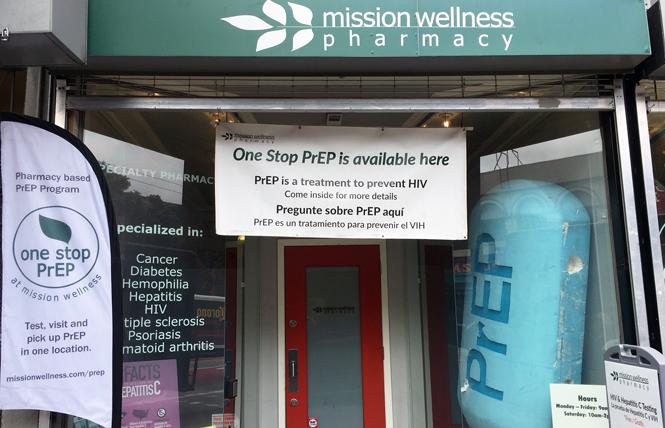 Almost all gay and bisexual men in San Francisco who are at risk for HIV know about PrEP and more than one in six are using it, according to new figures from the Centers for Disease Control and Prevention.

Nationwide, about a third of at-risk men who have sex with men are using PrEP, but this varies by demographic group and region. While PrEP awareness and use have increased across the board, it remains lower among black gay men, who have the highest rate of new infections.

"HIV PrEP awareness and use is increasing in the United States among [men who have sex with men] who are at risk for acquiring HIV, but higher coverage is needed, especially among black and Hispanic MSM, to end the HIV epidemic in the United States by 2030," said Teresa Finlayson and colleagues from the CDC's Division of HIV/AIDS Prevention.

In his February State of the Union address, President Donald Trump proposed an Ending the HIV Epidemic plan that aims to reduce new infections by 75% in five years and by at least 90% in 10 years.

The number of people using PrEP has steadily increased since the Food and Drug Administration approved once-daily Truvada (tenofovir disoproxil fumarate/emtricitabine) for HIV prevention in 2012.

CDC researchers previously reported that in 2015, only 8% of the more than 1.1 million people at substantial risk for HIV were using PrEP, falling to just 3% among Latinos and 1% among African Americans. Since that time, advocates, community organizations, and county health departments have pushed to increase PrEP awareness and use, and these efforts appear to be paying off.

Finlayson's group analyzed changes in PrEP awareness and use among men who have sex with men between 2014 and 2017, using data from the National HIV Behavioral Surveillance system.

As described in the CDC's July 12 Morbidity and Mortality Weekly Report, the researchers interviewed nearly 8,000 HIV-negative gay and bi men considered to be at risk for HIV, recruiting them at gay bars and other venues in 20 cities. Eligible participants had an HIV-positive male partner, two or more male partners, or had a sexually transmitted infection within the past year. They were asked if they had heard about the HIV prevention pill and whether they had taken it during the past year.

While PrEP awareness and use rose across groups, some notable disparities remain. In 2017, PrEP awareness was lower among black men (86%) and Latino men (87%) compared with white men (95%). Black men were also less likely to use PrEP (26%) than white men (42%), though usage among Latino men was similar (30%). Older and younger were about equally likely to know about PrEP, but the older group was more likely to use it (38% versus 32%).

Not surprisingly, men with more education, higher incomes, and health insurance were more likely to be aware of and using PrEP. While 39% of insured men were using PrEP, this fell to 19% of uninsured men, indicating that the cost of Truvada is still a barrier.

To address barriers to access, the CDC has started the Targeted Highly-Effective Interventions to Reverse the HIV Epidemic (THRIVE) initiative, which will establish collaborative programs in seven heavily impacted cities to offer comprehensive HIV prevention and care services for black and Latino gay and bi men.