Transmissions: Not your performance 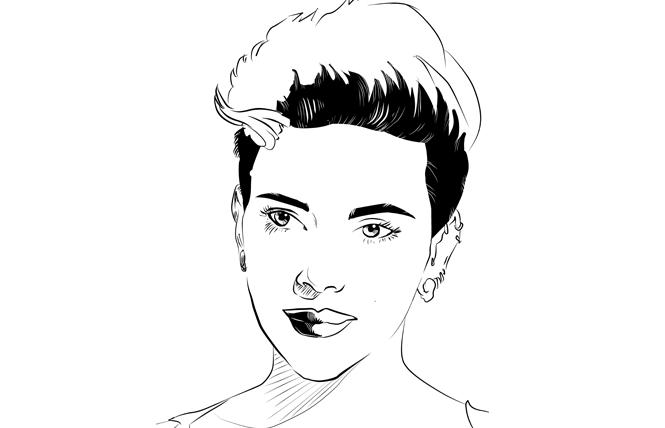 Scarlett Johansson has ended up in the news again. The actress and sometimes singer faced heavy criticism after she — a white woman — played an Asian woman in the live-action adaptation of "Ghost in the Shell" in 2015.

She decided to follow up that film by agreeing to play the lead in "Rub & Tug" about a transgender man, Dante "Tex" Gill, but killed the project after intense backlash by trans activists. I feel it's worth noting that Johansson looks less like a husky, dark-haired transgender man than she looked like any version of "Ghost in the Shell's" cybernetic character, Major Motoko Kusanagi.

Johansson was initially defiant over the backlash, pointing to other then-recent films that included non-transgender men in transgender female roles, such as Jared Leto as Rayon in "Dallas Buyers Club" and Eddie Redmayne as Lili Elbe in "The Danish Girl." Apparently, Johansson was unaware that these portrayals, too, were panned by the trans community.

Now, hot on the heels of what may be her last ride in the Marvel Cinematic Universe as Black Widow — at least within the Avengers — Johansson is back to complaining.

In an interview with As If magazine, Johansson is quoted as saying, "you know, as an actor I should be allowed to play any person, or any tree, or any animal because that is my job and the requirements of my job."

She added, "I feel like it's a trend in my business and it needs to happen for various social reasons, yet there are times it does get uncomfortable when it affects the art because I feel art should be free of restrictions."

As soon as the article started to make the rounds, Johansson walked back these remarks a bit, saying on CNN that, "I personally feel that, in an ideal world, any actor should be able to play anybody and art, in all forms, should be immune to political correctness. That is the point I was making, albeit didn't come across that way."

"I recognize that in reality, there is a widespread discrepancy amongst my industry that favors Caucasian, cisgender actors and that not every actor has been given the same opportunities that I have been privileged to," added Johansson. "I continue to support, and always have, diversity in every industry and will continue to fight for projects where everyone is included."

I find it darkly humorous that Johansson decided to speak out about the perils of "political correctness" neatly between the announcements of Halle Bailey as a fictional mermaid in a live-action remake of "The Little Mermaid" and Lashana Lynch as the new "007" in what is likely Daniel Craig's final spin as James Bond.

The actresses have already faced a firestorm over being black and playing fictional roles widely considered to be fair-skinned. Then again, I suspect they're only considered such by a certain level of "defaultism," where it is simply assumed that an attractive, non-trans, straight, Caucasian performer would be the default for practically any role, while a performer who doesn't fit the above is considered more of a "niche" actor only viable for a role constrained to their exact physical being.

Now, sure, if Johansson feels that she should play a birch or a marmoset, that's her business. I'm surely not going to stand in her way. I will, however, call her out on the issue of political correctness driving people to be turned off of her playing Gill.

"Rub & Tug" had Johansson as an executive producer, and I have little doubt that the studio felt it was politically correct that the lead part go to her. That she wielded her power to kill the project when popular opinion turned against that casting decision, to me, proves that point.
While she could decide that she still deserves that part, or any other trans part, I would hope that she — and everyone — understands that she is not making a film for transgender people, but is making a movie designed for non-transgender eyes, and a story by her very presence in that part that would "other" her main character.

For better or worse, I have seen decades of non-transgender people play trans parts, and while a small handful of those earlier films gave me role models for my own transition, I can certainly look back at every last one of them and see gaping flaws. This was, after all, all we had.

Things are different now. While there still not enough good trans performers on screen, we now live in an era where "Pose" brings in several trans and nonbinary performers presenting a story of LGBT life in the 1980s and 1990s. We have Laverne Cox, coming up through "Orange is the New Black" and now appearing in film, television, and any number of celebrity circles. We have Jamie Clayton on the now-canceled "Sense8" and Jen Richards as a young Anna Madrigal in "Tales of the City," both on Netflix.

We are reaching a time when there are transgender people who can take on transgender roles. Or, heck, even non-transgender roles. This needs to grow. After all, where is the brilliant transmasculine actor who can fit into Gill's shoes? They should share his story, not Johansson.

Johansson can mine all sorts of parts where she can play any number of characters — including presumably all the flora and fauna of the forest — but she is never going to be able to represent the life of a transgender person as a transgender person. As good an actress as she is, her performance of Gill would be as hollow as Redmayne's or Leto's transgender takes.

Gwen Smith wonders if Jackie Chan is available to play Scarlett Johansson in a biopic. You'll find her at www.gwensmith.com.