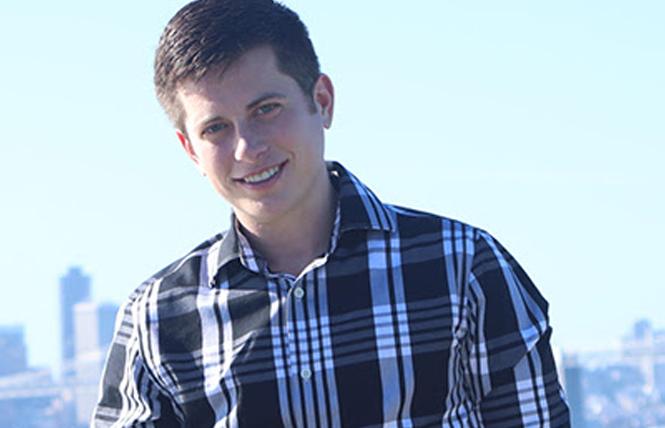 Our Family Coalition's board of directors has selected Sam Ames as its new interim executive director.

Ames will replace Renata Moreira, who announced earlier this year that she was stepping down at the end of June.

Ames most recently served as interim executive director at Trans Lifeline, a peer-supported nonprofit hotline run by transgender people and based in Oakland. Ames has also worked as a staff attorney and policy fellow for the National Center for Lesbian Rights from 2011 to 2016, and founded and coordinated its #BornPerfect campaign to protect LGBTQ children and youth by working to change state laws that allow conversion therapy, which is still legal in 32 states.

Ames, who Moreira referred to using they/them pronouns in an email announcing their hire, starts the position July 8. Ames did not respond to requests for comment from the Bay Area Reporter.

"We couldn't be more pleased that Sam was as eager to work with OFC as we were eager to work with him," said Moreira. "Sam has had many years of experience working in the LGBTQ movement and is very familiar with OFC's work. I am thrilled to be passing the baton to someone so skilled and passionate, to co-lead our next chapters with our brilliant board and team."

Moreira announced her departure in May, citing a desire to spend more time with her family and following an announcement on the death of her sister, 43-year-old Isabel de Lima Garcez Moreira in Brazil.

In an email to the B.A.R., Moreira discussed the daunting duties ahead for Ames, expressing both concern and confidence.

"This is an exceptional time for our community: we're facing unprecedented challenges immediately following historic wins. Some of us are well-protected, others more exposed and at-risk than ever before," she wrote. "And the funding landscape for nonprofits is equally paradoxical and rapidly changing."

She added that Ames will need to draw on a combination of political savvy, organizational know-how, and emotional intelligence.

"I'm delighted to say that Sam Ames brings an optimum combination of all three," Moreira wrote. "I'm excited to see what emerges. Whatever it is, I know it will be just what OFC needs to do in and with community to continue delivering on our core mission: ensuring that the most vulnerable LGBTQ+ families among us receive the advocacy and support that will benefit them the most."

According to Moreira's email, Ames has also served as chaplain at UCSF's Langley Porter Psychiatric Institute. Ames received a master's degree in divinity from Harvard, a law degree at George Washington University School of Law, and their undergraduate degree from UC Santa Cruz.