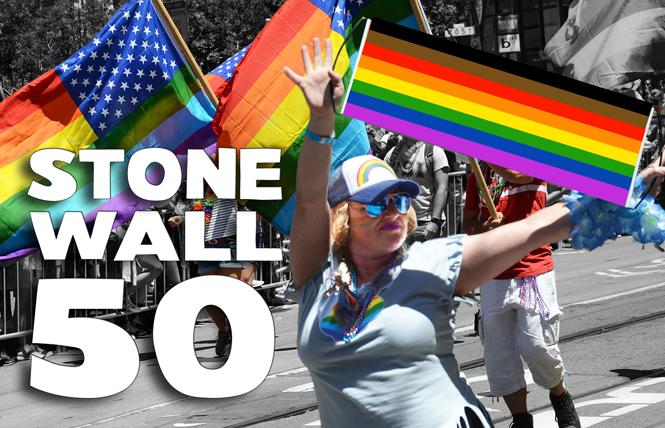 June 28 marks the 50th anniversary of the Stonewall rebellion, when LGBT patrons at the Stonewall Inn in New York City's Greenwich Village finally had had enough of police harassment and fought back against another raid on the bar. While there were prior riots and demonstrations, that 1969 multi-day uprising sparked the birth of the modern gay rights movement. Standing up to police bullies inspired those protesters to continue to speak out against stigmatization and discrimination, promote self-pride and demand equal rights.

Public marches held on the anniversary of the riots were the world's first LGBT Pride parades.

Despite all of the challenges we've faced since then, the LGBT community is still here, larger and stronger than ever. We've made incredible progress in a short period, but the fight for equality continues — sometimes it's as simple as living our lives honestly and with integrity. Some of these stories are featured in our Pride section, including an excerpt from the late Gilbert Baker's memoir. Baker, who co-created the iconic rainbow flag, was a key figure in San Francisco Pride events for many years.

Although our marches have evolved into corporate-sponsored parades (a blessing and a curse), we should not — and do not — forget that our celebrations in the present are rooted in the protests of the past.

Read all of our Pride stories here.