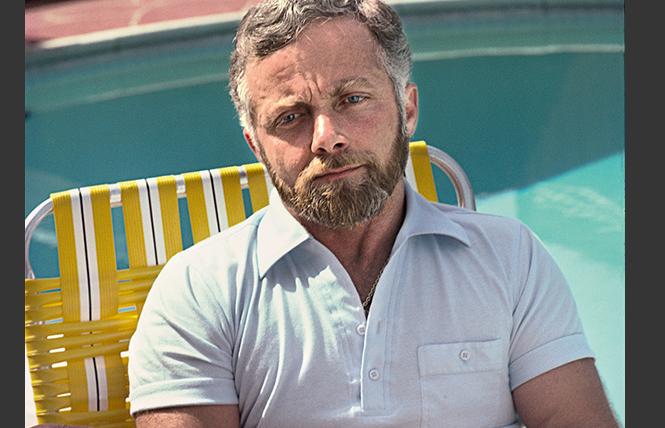 Emery High School in Emeryville is in the middle of a debate over the name of its new gymnasium and sports complex.

The community and student body have submitted a long list of names, from the celebrity and unlikely (Bob Marley) to the local and specific (Elio Abrami, a 38-year gym teacher and coach at Emery High who died in 2018.)

The list of nominees also includes Steve Dain, who taught gym at Emery High from 1966 to 1976. In 1975, Dain took medical leave to have gender confirmation surgery at Stanford Medical Center. Dain returned to work having transitioned and legally changed his name, eager to resume his duties. Upon understanding what had happened during Dain's time off, then-district Superintendent Lewis Stommel first suspended and then fired Dain for reasons of "immoral conduct," and accused him of conducting unauthorized lectures on school premises about his "sex change" operation, according to Alameda County Superior Court documents obtained by the Bay Area Reporter.

The text of the suit itself is a testament to historical transphobia. Dain attempted to keep his medical records sealed and private, but the court subpoenaed and read them during the proceedings. Dain's attorney genders him as male in all filings, while the respondent's description of the petitioner range widely, defaulting to "he/she" in many places.

Dain won his suit, despite these difficulties and the rarity of being an out trans man in 1977. He was awarded his salary from the year he lost his teaching income (about $19,000) plus the cost of the suit and attorney fees. The initial judgment outlines the possibility of "such other and further relief as the court may deem proper," but no amount is given.

Dain, who died in 2007 at age 68, was unable to return to teaching as a career after the case, instead going to school to study chiropractic medicine in 1985, according to his East Bay Times obituary.

Christian Patz, current vice mayor of Emeryville, thinks that naming the gym after Dain would send the correct message, and help right the district's wrong.

"It's an opportunity for visibility and inclusion," said Patz, a 48-year-old straight ally. "For the next 10 or 15 years, when people look at this building and ask who was Steve Dain, we can tell the story."

Patz said the idea to name the gym after Dain was first suggested by Jac Asher, a former member of Emeryville's city council and a professor of gender studies at UC Berkeley.

"According to her, this would be the first public building named after a trans person," Patz said.

He indicated he would be willing to fundraise for a more substantial marker and a named scoreboard, if the school board were to vote to name the structure after Dain.

"So many wrongs in history haven't been righted," Patz explained. "It's a small thing, but it's a chance to right a wrong."

The Bay Area Reporter was unable to falsify that claim; it seems correct that no other public buildings have been named in the memory of a known trans person in the United States.

At the school board's June 12 meeting, nominations and remarks were given in support of several would-be honorees. The most represented nominee by far was Abrami, with four people taking slots to speak in his favor. The comments were impassioned and often emotional, referring to the time and effort spent in Abrami's career on the well-being of his students.

Hal Schulz, a relative of Abrami's, spoke briefly with the B.A.R. before giving his remarks. When asked whether he was aware of Dain's nomination, Schulz said he was.

"Terrible thing, that they fired him like that," Schulz said. "But he got a chunk of change for it."

No one present at the meeting that night spoke on Dain's behalf.

Emery school board President Barbara Inch explained during the meeting that although nominations are closed, anyone wishing to make a comment on the current nominees can do so by writing to the school board at mailto:lisa.taymuree@emeryusd.org.

The board will reduce the current pool of nominees to three names and take a final vote June 26. It will accept comment online up until that date, and the meeting is open to the public at Anna Yates Elementary, 4727 San Pablo Avenue, at 5:30 p.m.