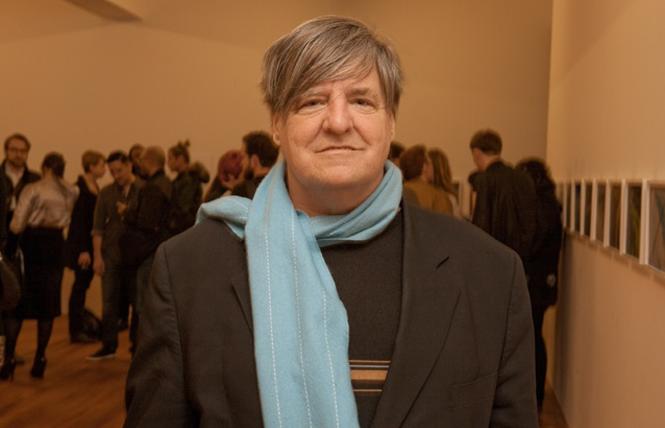 The literary world grieves alongside friends and family of poet and author Kevin Killian, who died June 15. He was 66.

The cause of death was cancer, his friends said.

Mr. Killian was a gay writer and editor, known for his ribald poetry and explicit memoirs that told stories from an unapologetically queer life. He was one of the founding members of the New Narrative literary movement in San Francisco, characterized by an embodied and directly sexual style of writing without euphemism or polite demurral.

Born December 24, 1952, Mr. Killian attended Catholic parochial school and graduate school at State University of New York. He wrote about coming of age in New York during the later part of his career, reflecting on a life lived by his own rules. He moved to San Francisco in 1980, where he became a part of the vibrant literary scene taking shape at that time.

Mr. Killian stayed active in that scene for 40 years, authoring and co-writing dozens of books, as well as editing many others. He wrote over 50 plays, and was a widely published art critic. He was nominated for a Lambda Literary Award and won the PEN Oakland Josephine Miles award for his 1997 book, "Little Men."

For 20 years, Mr. Killian worked on his novel, "Spreadeagle," which he spoke to the Bay Area Reporter about in 2013.

"I wanted a politics that would enrage people so they would go do something, act upon it. I do want to shock and alarm people, to wake them up. And I want to thrill them with the holy and the divine," Mr. Killian told the B.A.R. over coffee.

His collection called "Argento," published in 2001, explored his relationship to AIDS as a gay man living in San Francisco during the height of the epidemic, using the visual language of Dario Argento's films. His most recent publication, "Fascination," is a combination of memoir and fiction. Reviewers often noted the sophisticated sense of moral ambiguity in Mr. Killian's work throughout his career; his books and poems questioned what is good and right and whether it matters.

Although Mr. Killian identified as a gay man, he was married to queer woman author Dodie Bellamy for 34 years. Bellamy wrote about their marriage for the Village Voice in 2000, referring to herself and her husband as "two people in mutual need and at equal risk."

Writer and performer David Buuck, a longtime friend of the deceased, confirmed many of the details of Mr. Killian's death, remarking upon their long-term friendship and artistic connection.

"Kevin's commitment to the art and literary communities and mentoring younger writers and artists, as well as his commitment to an artist's life and ethos outside the mainstream of convention, is a model for anyone looking to live a creative life in our times. I truly can't imagine life without him," Buuck wrote in an email to the B.A.R.

According to Buuck, Mr. Killian died in the company of his two sisters, his wife, and Buuck himself. According to an online post from Buuck, they read Mr. Killian poems by Jack Spicer and played Kylie Minogue songs for him as he breathed his last. A priest was on hand to read the Litany of the Saints, a traditional Catholic prayer of supplication.

Memorial services are still being planned and have not yet been announced.