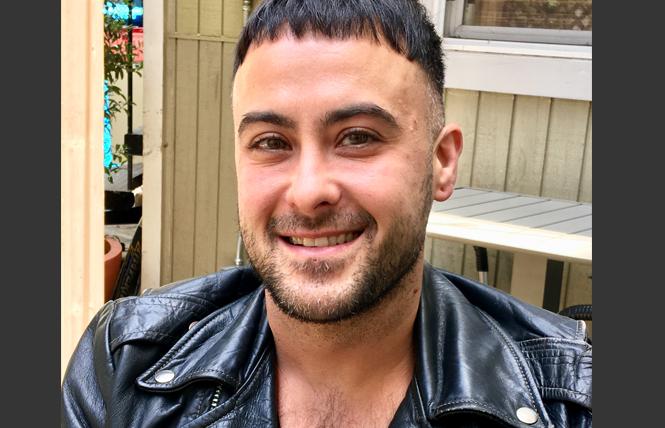 A series of digital stories about the lives of seven San Francisco transgender people are being published online this month.

Produced by the SF Transgender Empowerment Advocacy Mentorship program, or SF TEAM, the stories were written and produced by the subjects themselves, as part of a three-day workshop, funded by a $200,000 two-year grant from the San Francisco Human Rights Commission. Each story is three to five minutes long.

The first story, about health educator Jasmarie Powell, has been released and the remaining six will be posted throughout the month.

In a telephone interview with the Bay Area Reporter, Nikki Calma, director of programs and community engagement at the San Francisco Community Health Center (formerly Asian Pacific Islander Wellness Center), said SF TEAM "is an empowerment program whose goal is to harness a new generation of transgender leaders with the skills and strategic perspectives to effectively confront, challenge, and change the social environment to better meet the needs of trans San Franciscans."

Calma, a 52-year-old trans woman who's also known as Tita Aida, and who first joined the agency as a volunteer in 1974, said the video project was part of a larger program, which also included a two-day workshop to develop leadership skills in members of the local trans community. The agency selected 10 individuals based on their applications to participate in the program. Some of these individuals also were part of the video cohort.

The digital videos were produced with assistance from Berkeley's Story Center, which has worked with many organizations around the world to share people's stories.

Story Center did not return a message seeking comment.

"Everyone has a story to tell," said Calma. "Participants were urged to share the challenges they have faced. We hope to obtain additional funding to expand the program."

One of the participants was Shannon Amitin, a 38-year-old restaurateur who co-owns Jolene's, an LGBT-themed bar and restaurant at 2700 16th Street.

Amitin, also known as Just Shannon and identifies as trans or queer, participated in both the video production as well as the leadership symposium.

"I was so grateful that Nikki asked me to be involved," he said of Calma.

"It turned out that a common thread in all of our stories was that each of us had experienced violence in our lives," he said. Amitin shared his experience as a youth, causing him to run away from home at age 17.

The violence "brought me to where I am today in trying to create a safe space for my community," he said.

To view the videos, visit https://bit.ly/2XstZ9P.