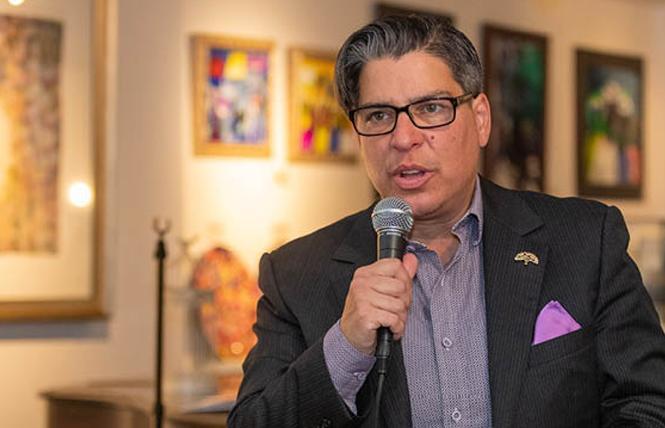 After marrying five years ago in a private summer wedding ceremony, Oakland at-large City Councilwoman Rebecca Kaplan and Pamela Rosin divorced last fall. The couple had been together since 2012 after first meeting at Oakland's East Bay Church.

Their nuptials made headlines in the Bay Area when Kaplan announced Rosin had accepted her marriage proposal via a Facebook post in May 2014. Their divorce appears to have gone unreported, as the Bay Area Reporter first learned about it over the weekend in a brief emailed note from Rosin, an Oakland-based associate marriage and family therapist who works with couples and individuals.

Editor's note: The online version of the B.A.R.'s June 13 profile of Kaplan has been updated.