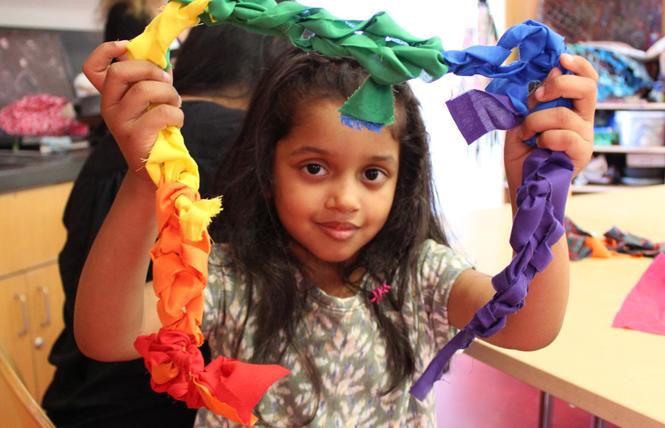 Seeking to be in synch with Pride Month, Children's Discovery Museum of San Jose will hold its fifth annual Proud of My Family event Saturday, June 22.

Organizers said children and adults will enjoy activities to celebrate all types of families, especially LGBTQ parents, relatives, and friends.

In the past, the day for LGBTQ and allied families has been held in August, the same month as Silicon Valley Pride.

Museum spokeswoman Cecilia Clark told the Bay Area Reporter that the museum will still work with the South Bay Pride organization both this weekend and during its August 24-25 Pride weekend.

"And, it's allowing us to better collaborate with SV Pride — they'll be at our event, along with several other organizations from the LGBTQ community, and we'll be able to better support their event this year," Clark wrote in an email. "Last year, SV Pride expanded their family activities area and now that our events aren't on the same weekend, we can better support their effort to grow their family area."

"Currently we are working with Children's Discovery Museum to have a table and participate on their June 22 Proud of My Family event," he wrote in an email. "Similar to last year they are helping us out with our activities at our Family Garden, an area for children and teens within Silicon Valley Pride festival."

This weekend's Proud of My Family day will include festive rainbow art activities, moving and grooving in the Rainbow Dance Zone, and getting creative with the temporary art installations around the colors of the Pride flag. There will also be on-site resources about queer families, according to a news release.

The Rainbow Women's Chorus will perform at 1:30 and 2:30 p.m. in the museum's theater. The day culminates with a celebratory Pride parade at 4:30, led by Silicon Valley Pride.

"Our goal is to always make every family feel welcome and celebrated at the museum," Marilee Jennings, executive director, said in the release. "This event helps foster understanding while recognizing that families come in all types of configurations and that what binds us are the shared hopes and dreams for our children and their futures."

Proud of My Family day takes place from 10 a.m. to 5 p.m. The museum is located at 180 Woz Way. Admission is $15 for adults and children; and $14 for seniors. Infants and museum members are free. For more information, visit http://www.cdm.org.

The event begins at 4 p.m. with an exhibit. A rally will take place from 6:30 to 7:30.
The riots at the Stonewall Inn in New York City erupted June 28, 1969, when LGBTs fought back against a police raid. They are widely viewed as the birth of the modern gay rights movement, and the Pride parades and marches that started on the first anniversary a year later now take place in cities around the world. 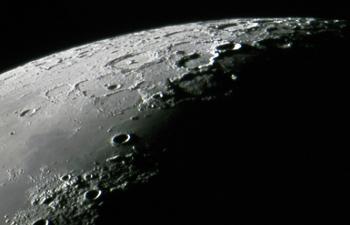 Moon exhibit opens at Chabot space center
The Chabot Space and Science Center, in partnership with NASA's Ames Research Center, has created a stunning new exhibition exploring the moon from many unique perspectives.

Featuring more than 50 high-resolution images, lunar artifacts, and interactive opportunities for all ages, the exhibition invites the public to consider the moon in new ways.

Located in the Chabot's Gruener Astronomy Hall, the photographic essay will transport visitors through revolutionary angles of the moon that create new discoveries and pave the way for future space exploration.

"What is fascinating about the moon is that something so seemingly familiar to us provides exciting new scientific insights and opportunities for exploration, while continually surprising, amazing, and delighting us with its extraordinary beauty," Adam Tobin, Chabot's executive director, said in a news release.

Detailed pictures are provided by the missions from the Lunar Reconnaissance Orbiter, a satellite launched in 2009 to explore the lunar landscape. NASA's Gravity Recovery and Interior Laboratory and LRO's Lunar Orbiter Laser Altimeter provide illustrations of research conducted on the moon.

During the exhibition, Chabot will train at least one of its large telescopes on the moon, as determined by viewing conditions, the release stated.

A community talk back station will enable visitors to join the conversation about the Earth's closest cosmic neighbor.

Complementing the exhibition, Chabot will be offering a full summer's worth of lunar-related exhibits and activities, including events surrounding the 50th anniversary of the Apollo 11 moon landing, which took place July 24, 1969.

Chabot is open Wednesday through Sunday, from 10 a.m. to 5 p.m. It is open until 9 p.m. the first Friday of the month. Admission is $18 for adults, $14 for kids ages 3-12, and $15 for students and seniors. Chabot is located at 10000 Skyline Boulevard in Oakland. For more information, visit http://www.chabotspace.org.

For the 16th annual series next year, the foundation welcomes design submissions by both up-and-coming and established Bay Area artists. The series will include 10 large hearts, eight table-top hearts, and 15 mini heart sculptures. Artists have the option of proposing a design for any of the sizes. Select large hearts will have the opportunity to be displayed in Union Square from February to October.

"It's always an exciting time when we accept design renderings for 'Hearts in San Francisco,'" Ann Lazarus, interim CEO of the foundation, said in a news release. "One of the most widely recognized public art projects, the heart sculptures have become a symbolic reminder to locals and tourists alike of the first-class care Zuckerberg San Francisco General provides to everyone in the community."

The hearts will be auctioned in February at the annual Hearts SF fundraiser. Organizers said that the hearts artworks, combined with heart events proceeds (2004-2019), have raised more than $27 million for the foundation.

Interested artists must complete an application and submit with a full-color design (8.5 inches by 11 inches or larger) by Thursday, August 1. Artwork guidelines, official regulations, and applications are available at www.sfghf.org/createaheart.