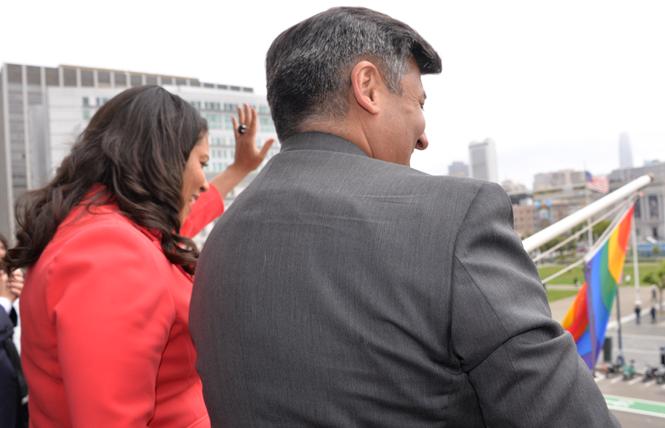 Mayor London Breed waves to a crowd below City Hall Monday, June 3, after she, gay city Treasurer Jose Cisneros, right, and other officials raised the rainbow flag to usher in Pride Month. "San Francisco has always been a leader in the fight for equal rights, and we will continue to push to not only protect the rights of everyone in our city, but to expand those rights," Breed said in a statement. She also said that the city and LGBTQ community must remember "those who have come before us, including those who have been the victims of hate crimes and who have lost their lives to HIV/AIDS." She said that on the occasion of the 49th San Francisco Pride parade, which is coming up June 30, "we recommit ourselves to being a city for all people, no matter who you are, where you come from, or who you love."