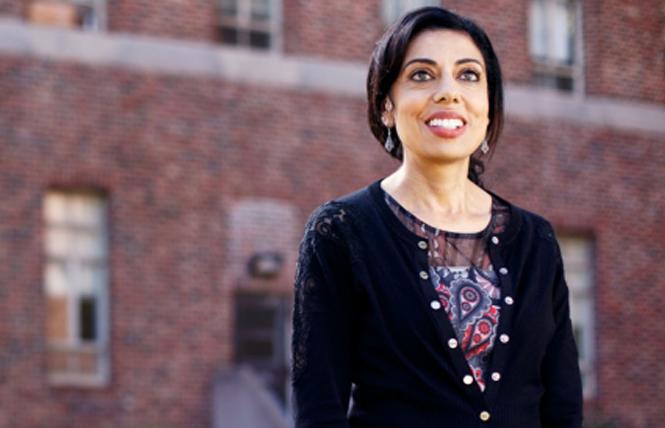 Organizers of the International AIDS Conference set to be co-hosted by San Francisco and Oakland next summer are seeking $2 million from the state.

The funding would be used for conference operations and scholarships for those who want to attend the gathering, which will take place July 4-10, 2020. The local organizing committee for the global confab is working with gay state Senator Scott Wiener (D-San Francisco) on the funding request in the state's 2019-2020 fiscal year budget.

"We are very interested in getting support from the state for this AIDS meeting because it is the largest global conference," said Dr. Monica Gandhi, medical director of Ward 86 at Zuckerberg San Francisco General Hospital and the San Francisco co-chair of the conference. "We do think it will have long-lasting economic impacts in the state, which is why we are asking for state support."

Wiener told the Bay Area Reporter that the funding request is one of four that the Legislative LGBTQ Caucus is pushing for this year. The caucus members raised the financial asks during a recent meeting they had with Governor Gavin Newsom, a former San Francisco mayor who had a track record of backfilling federal AIDS cuts and named an unpaid AIDS czar during his time at City Hall.

"I have been advocating for it personally as well, so we are working hard to try to make it happen," said Wiener, adding that the Legislature has until June 15 to send the budget back to Newsom to finalize.

As the B.A.R. has reported, some global HIV advocates plan to protest the decision to have the AIDS conference in the U.S. by holding an alternative meeting in Mexico City July 5-8 next summer. They had called for organizers of the Bay Area confab to relocate it outside of the U.S. due to the Trump administration's discriminatory policies not only toward the LGBTQ community but also immigrants, Muslims, and sex workers.

The controversy, said Wiener, should not impact the request for funding from the state.

"People understand that this conference is important for our progress against the epidemic," he said.

Gandhi told the B.A.R. she was "hopeful" of seeing the state funds come through for the conference. It is expected to draw 20,000 participants from more than 170 countries to the Bay Area next summer.

"I am respectful of my colleagues who have different opinions, however, I think we are all on the same side," she said. "I don't think in any way fighting each other is helpful. I think we should focus on common enemies like stigma and stereotypes."

Plus, with California being in the vanguard of pushing back against the Trump administration's various discriminatory policies and rollback of LGBT rights, Gandhi argued it makes sense for the state to financially support the AIDS conference.

"California has been a leader in fighting these policies, especially around immigration and being a sanctuary state," she noted. "This being the largest global health meeting that is held globally anywhere, and being held in our two sanctuary cities, it will highlight diversity, inclusiveness, and innovation of our state."

The 130-member local planning group is also looking to raise another $2 million from donors to pay for various activities it intends to offer concurrent with the conference, such as art installations and other cultural programs. According to organizers, San Francisco Travel, the city's visitors bureau, has waived the fees for the conference's use of the Moscone Convention Center. (Events and conference sessions will also take place at the Oakland Convention Center.)

Local organizers said they were unsure of the total costs for the conference. The IAS is expected to turn its full attention toward fundraising for the 2020 gathering in August following the smaller biennial scientific gathering it is holding this July in Mexico City.

According to a sponsorship guide the IAS released, it is looking for up to three "diamond sponsors" donating at least $250,000. There are another four sponsor levels ranging in price from $25,000 to $150,000 or more.

Biotech companies can also apply to become donors through a special package costing $10,000 that gives them branded booths and a stage for programming in an area of the conference's exhibition hall dubbed the Innovation Hub. The conference materials explain that "only emerging life sciences and biomedical companies" can apply.

Attendee registration for the conference will open October 1. There will be four different prices for attendees based on the income levels of their country as determined by the World Bank. The pricing has yet to be announced.

For more information about the conference, visit http://www.aids2020.org/.