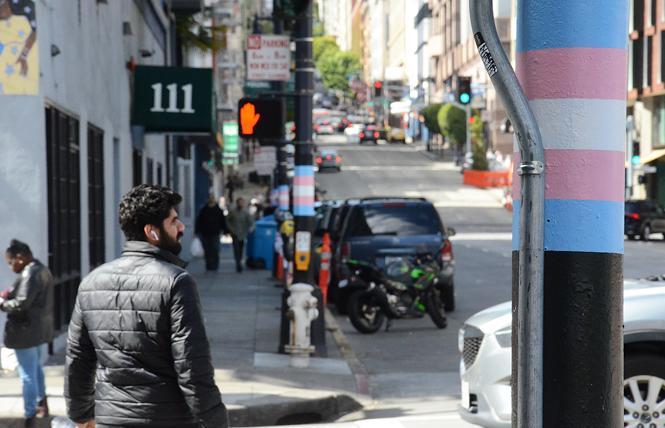 The colors of the transgender flag have been painted on the streetlight poles around the intersection of Turk (Vicki Mar Lane) and Taylor (Gene Compton's Cafeteria Way) streets in San Francisco's Tenderloin District. Aria Sa'id, executive director of the Compton's Transgender Cultural District, told the Bay Area Reporter that, eventually, all the light poles in the cultural district will be painted with the trans flag colors. Right now, the effort involves about 12 poles in the Turk Street corridor. The project costs about $90,000, with the district receiving funding from the city that was specifically earmarked for placemaking through San Francisco Public Works' addback process last year. "It was important to me that this not be temporary, but we did want to debut it in time for Pride," Sa'id said.