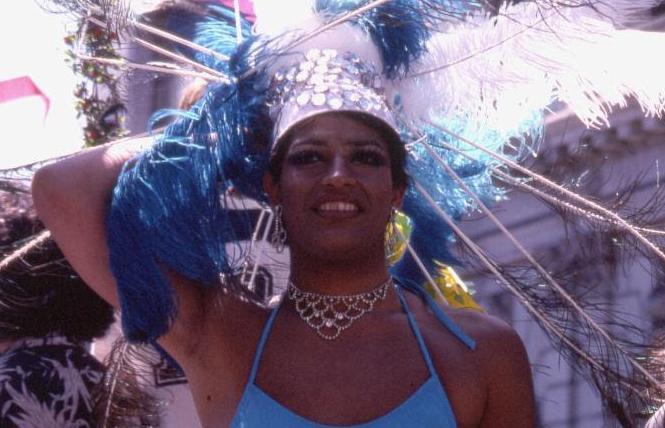 Researchers, educators, and community organizers will gather in San Francisco next month for the Queer History Conference at San Francisco State University.

The event is the first national conference of the Committee on LGBT History, an affiliate society of the American Historical Association. It will survey the LGBTQ past across more than 500 years, a news release stated.

"QHC 2019 will provide a fascinating window into the ways LGBTQ people lived in the past — not only the persecution they experienced, but also the ways they survived, fought back, and found pleasure, companionship, and love," Amy Sueyoshi, conference co-chair and dean of the College of Ethnic Studies at SFSU, said in the release.

The conference is co-hosted by the GLBT Historical Society.

"We're delighted to work with the Committee on LGBT History to bring queer historians and enthusiasts together," said Terry Beswick, executive director of the society.

Conference co-chair Nick Syrett, professor of women, gender, and sexuality studies at the University of Kansas, said that there will be nearly 200 scholars making presentations on a wide range of topics. Many will talk about their research and there will also be panels dedicated to both digital and traditional archives, teaching queer history at the K-12 level, and public history projects.

"Even the more academic panels will be accessible to the general public," Syrett said. "We're eager to share the LGBTQ past with as many people as possible."

Most of the June 16-18 conference events will take place on the SFSU campus, 1600 Holloway Avenue. Conference registration is $60. For a schedule of events and to register, visit the conference page at https://ethnicstudies.sfsu.edu/content/qhc19.

Regional Pride events set to begin
June is right around the corner and that means it's time for LGBT Pride events in northern California and the Bay Area.

In the East Bay, Concord will hold its Pride in the Plaza party Saturday, June 1, from noon to 6 p.m. at Todos Santos Plaza, 2175 Willow Pass Road.

The Rainbow Community Center of Contra Costa County is helping organize the family-friendly afternoon, which will include a DJ, food, interactive vendors and booths, a kids' area, and opportunities to meet local officials.

There will be a stage for performers, food, and informational booths from community groups.

In the North Bay, Sonoma County Pride begins Friday, May 31, with various activities. This year's theme is "Stonewall to Sonoma, A Heritage of Love." The parade takes place Saturday, June 1, at 11 a.m. at Fourth Street and Mendocino Avenue in Santa Rosa. A festival will follow.

Pride in the Park will be held Sunday, June 2, from noon to 4 p.m. at Julliard Park, 227 Santa Rosa Avenue.

Santa Cruz will hold its annual Pride parade and festival Sunday, June 2. This year's theme is "Turning the Tide." One of this year's grand marshals is Adam Spickler, a trans man who was appointed to the Cabrillo Community College Board of Trustees last year after no one else sought the seat. He became the Golden State's first trans male public official.

The other grand marshal is Vynes Dowling, a trans person who is involved with the local music scene.

The parade starts at 11 a.m. at Pacific Avenue and Church Street.

Sunday's parade will be preceded by a dyke and trans march June 1.

Finally, the inaugural Mendocino County Chasing the Rainbow Festival will be held June 21-23, the week before San Francisco Pride.

Filoli Gardens plans first Pride event
Filoli Gardens, a bucolic 654 acres of historic beauty in Woodside, will hold Pride at Filoli, a four-day event May 30-June 2. Most events are free with admission to Filoli.

The Bay Area Reporter's Jim Provenzano will join Jim Van Buskirk and Baruch Porras-Hernandez for an afternoon of queer literature readings Friday, May 31 from noon to 1 p.m.

Officials said they decided to hold this first-time event because it is in line with the gardens' goal of increasing diversity and inclusion.

"We are thrilled to open our doors to a wider audience and offer a safe and welcoming space for the LGBTQ community, their allies, and their families," CEO Kara Newport said in a news release.

General adult admission is $22. For more information and a schedule of events, visit https://www.filoli.org/pride.

This year's theme is "La Cultura Cura — Culture Heals." Throughout the weekend, hundreds of participants will come together to transform the Mission into an enormous celebration featuring music, dance, brilliant costumes, and food from Brazil, Mexico, Bolivia, Colombia, Puerto Rico, and more.

The festival takes place Saturday and Sunday from 10 a.m. to 6 p.m. Grammy Award-winning band Los Tigres del Norte will give a free performance Saturday at 3.

The parade takes place Sunday at 9:30 a.m. It starts at the corner of Bryant and 24th streets, proceeds west to Mission, heads north on Mission to 15th Street, turns east on 15th, and concludes at South Van Ness.

EuroGames registration extended
Registration for the 2019 EuroGames in Rome has been extended to June 18 as organizers move forward with a scaled down version of the event.

As of Monday, May 20, participant registrations were reported on the event website as having reached 2,053. Registrations had been suspended in mid-March while organizers answered questions from the licensing body, European Gay and Lesbian Sport Federation, regarding finances, registration, and planning. Rome organizers had originally projected their event would draw 5,000 participants, but at the time of the suspension, only 1,419 participants had registered for the July 11-13 multi-sport festival.

Registration and event information is available at http://www.romaeurogames2019.org.