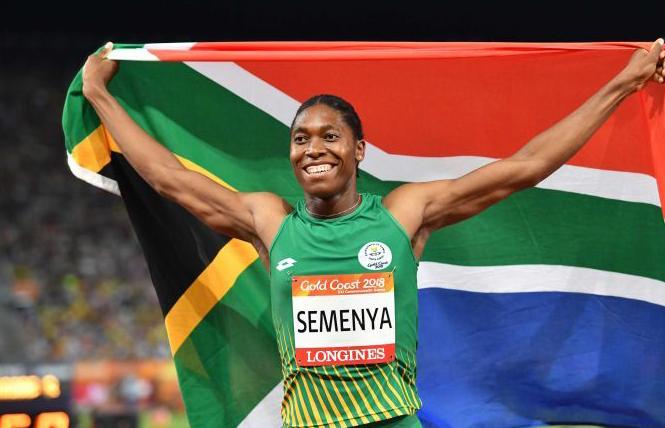 The track and field world is reeling from a sports court decision affecting runner Caster Semenya and a few other female athletes. Photo: Courtesy AAP

The decision allowing international track and field to bar a few female athletes of color from women's competition because their natural testosterone levels are higher than most women's is barely three weeks old, and already we are seeing fallout and backlash on a global scale.

The new International Association of Athletics Federations rule bars women with naturally high testosterone levels (known as hyperandrogenism) from competing in women's track distances from 400 meters to one mile. (The ban includes heptathlon, which includes an 800-meter run.) Many skeptics have called the rule inherently racist (the greatest number of athletes known to have higher testosterone are from the Southern Hemisphere) and unfairly targeted to bar lesbian two-time Olympic 800-meter runner Caster Semenya of South Africa (the restricted distances coincide with the distances Semenya runs, but the IAAF has failed to establish a performance bump in those specific distances). The Court of Arbitration for Sport approved it earlier this month in a 2-1 vote.

• The World Medical Association immediately advised doctors not to give female athletes prescriptions to drop their testosterone levels because of ethical and medical issues, and called for the rule to be dropped.

"The World Medical Association has reiterated its advice to physicians around the world to take no part in implementing new eligibility regulations for classifying female athletes," the organization said on its website this month.

Dr. Leonid Eidelman, president of WMA, was quoted on the website as saying, "We have strong reservations about the ethical validity of these regulations. They are based on weak evidence from a single study, which is currently being widely debated by the scientific community. They are also contrary to a number of key WMA ethical statements and declarations, and as such we are calling for their immediate withdrawal."

WMA chairman Frank Ulrich Montgomery told South Africa's sport24 that hyperandrogenism is a naturally occurring condition in women, such as Semenya, born with differences of sexual development, or DSD.

"It is just normal to be androgenic and there is nothing pathological about the situation of this athlete," Montgomery was quoted as saying. "No physician can be forced to administer these drugs, and we definitely urge our colleagues to refrain from giving hormonally active medication to athletes simply because some regulations demand it. If physicians do apply these drugs, they do break ethical codes. The basic ethical code of all medical practice is never do harm, and it is doing harm to a perfectly normal body with just a rather high level of testosterone by administering drugs to use this in order to make them eligible for women's sport."

IAAF responded to WMA's concerns by saying that affected women who do not want to risk altering their body chemistry are welcome to compete in men's events.

(A quick aside: The Court of Arbitration for Sport acknowledged that the IAAF rule was discriminatory but that such discrimination was "necessary." Although it was referring to discrimination based on gender, the racial aspects of the ruling's impact must be considered, especially in light of other IAAF actions. For example, last month IAAF said it would drop the 5,000- and 10,000-meter runs from television broadcasts from continental competitions. African runners have long dominated those races.)

• This week, Athletics South Africa said it would appeal the court's decision. Any appeal must be made by the end of the month and would be heard by the Swiss Federal Tribunal.

ASA told the Associated Press it felt two of the judges were "conflicted" because they had ruled on a previous attempt by IAAF to bar women based on natural testosterone; that the decision did not appear supported by the scientific evidence presented; and that the IAAF ban goes against sports public policies.

"The pertinent legal questions that the court should have addressed were not addressed," the South African sports ministry said. "The court simply gave the unfettered latitude to the IAAF to do as it pleases."

A spokesman for the South Africa sports ministry said, "We'll file the appeal as soon as we possibly can. We feel that the scientific information that has been brought has been completely ignored. We've got a belief that a different court will arrive at a different determination."

The Swiss court can also consider whether Semenya's human rights are being violated. Before the ban was approved, the United Nations Human Rights Council condemned the rule, saying sports bodies should "refrain from developing and enforcing policies and practices that force, coerce or otherwise pressure women and girl athletes into undergoing unnecessary, humiliating, and harmful medical procedures in order to participate in women's events in competitive sports."

• Kenya withheld sprinters Maximilla Imali and Evangeline Makena from the World Relays in Japan last weekend. Kenyan officials said the move was a "precautionary" one taken after both runners tested as having high testosterone levels.

"We could not risk traveling with the two athletes after the recent IAAF ruling on the restriction of testosterone levels on female runners," said Paul Mutwii, Kenya track's director of competition.

• Although the IAAF ban places restrictions only on women with naturally high testosterone, critics contend it will set a precedent for other bans in other sports based not on science but on cultural perceptions — especially impacting transgender athletes. Although transgender athletes have increasingly been included in the higher levels of sports without the globe grinding to a halt, powerlifting organizations seem to be closing their exclusionary ranks. 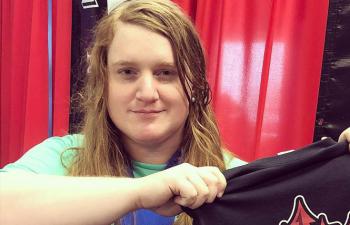 Last week, USA Powerlifting denied an appeal by transgender lifter JayCee Cooper and cis queer Latinx lifter Breanna Diaz to overturn its ban against transgender lifters. The next day, Virginia's Mary Gregory, a transgender woman, was stripped of her world titles and records from competition a month earlier in the squat, bench press, and deadlift. Paul Bossi, president of RAW Powerlifting Federation, said, "Our rules, and the basis of separating genders for competition, are based on physiological classification rather than identification. On the basis of all information presented to the board of directors for this particular case, the conclusion made, is that the correct physiological classification is male."

Cooper and Diaz responded on Instagram by writing, "Our proposed policy may not have passed today, but our fight for trans inclusion is not over. Women's Strength Coalition and Pull for Pride will not stop pushing for a trans affirming and inclusive policy until all are welcome on the platform."