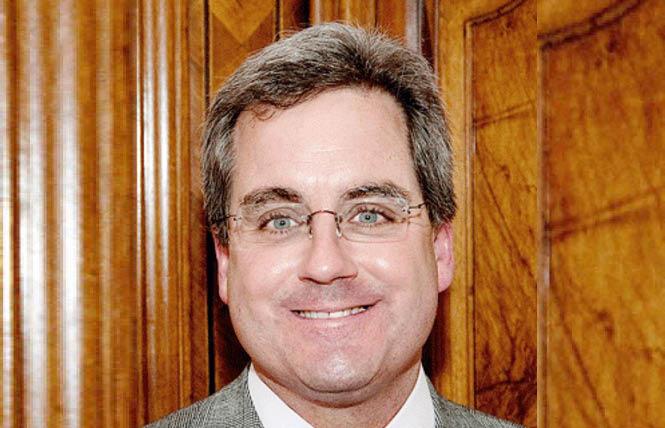 San Francisco City Attorney Dennis Herrera on Thursday announced he had filed suit against the Trump administration's Department of Health and Human Services to invalidate a new federal rule that would allow health care staff to refuse to provide medical treatment to people, even in emergencies.

If allowed to take effect, the rule would reduce access to health care, particularly for women; LGBT people; and other medically and socially vulnerable populations, Herrera's office stated in a news release.

The new rule, which is scheduled to go into effect in 60 days, would allow health workers to refuse to perform or assist medical procedures — like sex reassignment surgery, abortion, or assisted suicide — if it violates their "conscience" or religion, media outlets reported.

Herrera's news followed a May 2 announcement by the Department of Health and Human Services of the final version of the regulation. The lawsuit seeks to have the new rule declared unconstitutional. It also seeks a court order preventing the rule from going into effect.

Herrera filed the lawsuit in U.S. District Court for the Northern District of California. He said HHS exceeded its statutory authority by creating its "conscience" rule and violated the Administrative Procedure Act, the spending clause, separating of powers principle, and other provisions of the U.S. Constitution.

"At its core, this rule is about denying people medical care," Herrera said in the release. "This administration is willing to sacrifice patients' health and lives — particularly those of women and members of the LGBTQ community, and low-income families — to score right-wing political points. It's reprehensible."

According to the release, the new rule requires cities like San Francisco — in all circumstances — to prioritize a staff person's religious beliefs over the health and lives of patients. The rule is so broad that it applies not just to doctors and nurses, but anyone even tangentially related to health care, like receptionists. Schedulers, for example, could refuse to schedule appointments for LGBTQ patients or a woman seeking information about an abortion, the release stated.

If San Francisco refuses to comply with the rule, Herrera said it risks losing nearly $1 billion in federal money that funds everything from Medicaid to Medicare to HIV treatment to assistance for low-income families and foster children.

"Once again, the Trump administration is trying to bully local governments by threatening to withhold federal funds. That's not how American democracy works," Herrera added.

Last month, the Bay Area Reporter reported that the Service Employees International Union Nurse Alliance of California launched a change.org petition calling on Congress to act against the HHS rule. It raised objections to seeing federal rules allow a nurse to cite their religious beliefs as for why they could not care for a transgender person or include the spouse of a gay or lesbian person in their health care decisions.

The nurses had planned to deliver the petition to House Speaker Nancy Pelosi's (D-San Francisco) office. A Pelosi spokesman said that the speaker supported the goals of the petition.