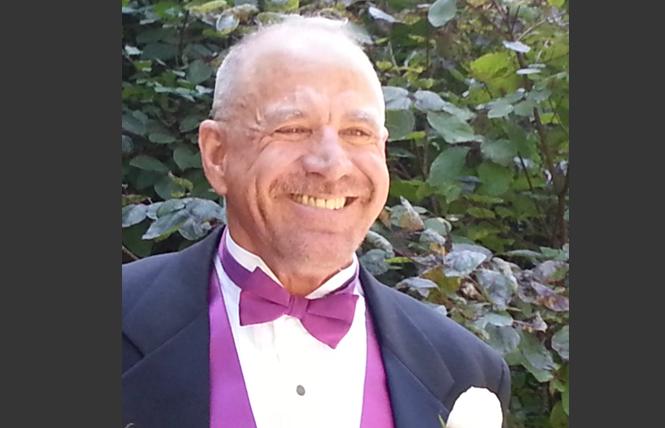 February 5, 1953 — March 22, 2019
Longtime HIV survivor Lanz Lowen of Oakland passed away March 22, 2019 of complications from pneumonia. Lowen was an executive coach and organizational development consultant and was married to Blake Spears, currently treasurer of the board at the National AIDS Memorial Grove. Lanz and Blake had been together 43 years, after meeting at the White Horse bar in Berkeley in 1975. They were married in a ceremony in the grove in 2013.

Lowen was an early activist in the UCSF AIDS Health Project (now the Alliance Health Project), a supporter of AIDS Walk SF and Flagging in the Park. Blake said Lanz made a lifelong habit of giving 5 percent of his annual income to charities, such as Habitat for Humanity. His generosity and dry humor were known to many.

Besides his husband, he leaves two sisters, Lucie Sabella and Laurie Lowen, both of Ft. Lauderdale, Florida. Lanz is predeceased by his parents, Rex and Georgiana (Heywood).

Lowen was cremated in a private ceremony. A memorial service is scheduled for 11 a.m. May 25 in the grove; contact info@aidsmemorial.org for more details. Friends and family are respectfully asked to donate to either the National AIDS Memorial Grove or Habitat for Humanity in honor of Lanz Lowen's life, so well lived.