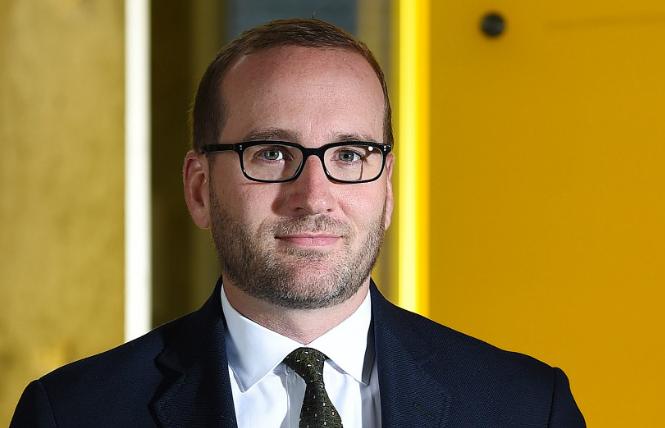 The newly introduced Equality Act will have its first hearing next week before the House Judiciary Committee. Aspirationally, the act sends a message that LGBTs and allies in the Democratically-controlled House of Representatives want to pass sweeping federal legislation that would explicitly prohibit discrimination against the LGBTQ community and strengthen non-discrimination protections for women and other minorities. Realistically, the Equality Act isn't going anywhere anytime soon. Media outlets that breathlessly covered the act's introduction a couple of weeks ago, like the Advocate's article that proclaimed the act "has something to offer you," are peddling false hope that no one should fall for. Yes, the Equality Act would be a good thing, but Senate Majority Leader Mitch McConnell (Kentucky) is unlikely to bring the Equality Act for a vote in that chamber. Even if he did, it will never be passed by a Republican-controlled Senate nor signed by President Donald Trump. If the Senate was to pass the bill, Trump's veto would reveal his true homophobic colors.

The Equality Act is different from the long-stalled and eventually abandoned Employment Non-Discrimination Act that languished for years in Congress — and at one point did not include gender identity, much to the consternation of many LGB people as well as the trans community. The Equality Act would amend the Civil Rights Act of 1964 to prohibit discrimination on the basis of sexual orientation and gender identity in employment, housing, public accommodations, public education, federal funding, credit, and the jury system. All of those are critically important for ensuring the rights of LGBTs. The Human Rights Campaign, which long championed ENDA (even without including trans people) and is behind the Equality Act, often cites the fact that LGBT people can be fired in 26 states. That's appalling — and wrong — which is why we need federal protections.

But it's going to take a Democratic-controlled Senate and a Democratic president to make the Equality Act a reality. For now, it highlights inequalities that LGBTs face and motivates organizations like HRC and Equality California to raise more funds. There's nothing wrong with that effort, but these groups should be forthright in acknowledging that success is highly unlikely with Republicans in control.

Gay Congressman Mark Takano (D-Riverside) is one of many Equality Act co-sponsors. He was in Sacramento recently for a daylong summit held by EQCA and told the Bay Area Reporter that the bill is critical, even as he acknowledged its slim chance of passage. "What we are doing is providing a contrast between what Republicans and Democrats stand for," he said in a brief interview. He also said it will have political ramifications even if it doesn't become law. For one, he said, it is a stark reminder of what a Democrat-led Senate and House could achieve with a Democrat in the White House come 2021.

LGBT rights groups and congressional Democrats missed an opportunity nine years ago to pass ENDA when they controlled Congress and President Barack Obama was in the White House. At the time, there were other issues like health care competing for attention. Passage of the Affordable Care Act resulted in the loss of political capital that cost the party dearly in that year's midterm elections and beyond. ENDA was abandoned by congressional Democrats for the successful effort to repeal the military's homophobic "Don't Ask, Don't Tell" policy during a lame duck session, which was a huge victory for the LGBT community that came at the expense of ENDA.

While we see the Equality Act's introduction as a first step, we must acknowledge it will be a yearslong journey.

Businesses, support your local LGBT paper
When the Equality Act was introduced, HRC announced that 164 leading businesses had signed on to its Business Coalition for the Equality Act. It's great that Bay Area-based companies like Apple, Cisco Systems, CSAA Insurance Group, Dropbox, eBay, Gilead Sciences, and Salesforce, to name just a few, are committed to LGBT equality.

We have another suggestion for all those companies that signed on to the coalition — support local LGBT media by advertising in them. That would help the LGBT community and help those media outlets — including the B.A.R. — continue their work of providing original content about and for the queer community. As most people know, journalism has been in free fall for more than a decade, and the LGBT press has not been immune from that downturn. Many smaller media outlets have ceased publication, and the ones that survive are not the same as they once were, due in large part to a drop-off in national advertising. Such support would also show the LGBT community that these businesses value them — as people, employees, and potential customers.