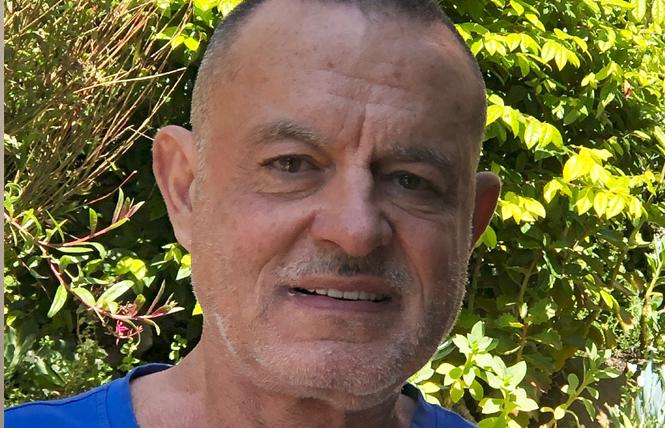 Multiple LGBTs living in Corona Heights have experienced continued harassment, been called gay slurs, and threatened with violence from a neighbor, who now faces a court hearing next week.

Benjamin Waters, 58, has multiple restraining orders against him by his gay and lesbian neighbors and is currently facing charges of battery and other crimes, filed by the San Francisco District Attorney's office after an alleged incident against Michael Westerfield.

Waters has pleaded not guilty to the charges and is expected to be in court March 27. His attorney, Cheryl Rich, did not respond to a request for comment.

Westerfield, a 62-year-old gay man, told the Bay Area Reporter that for the five years he has lived in his home, located across the street from Waters' apartment on Museum Way, Waters has harassed him multiple times a week. Westerfield has filed nearly 10 police reports over the years for various incidents.

The now-retired Corona Heights man described multiple times in which Waters yelled "I hope you die of AIDS you fucking faggot" or "When are you going to die of AIDS you faggot?" when he and his husband were walking their dog or crossing the street. It is also alleged by Westerfield that, on many occasions, Waters encouraged his German Shepard dog to aggressively bark at Westerfield and his husband.

In one incident in September 2018, for which Westerfield filed a police report, Waters reportedly yelled at Westerfield and his husband and said, "Fucking faggots! Hope you all die of AIDS! If you want to do something about this, I'll beat your ass and your dog's ass too."

The incident in which Waters is facing charges also occurred in September 2018. According to court documents filed in February, Waters is facing charges of battery, vandalism under $400, and an "allegation of hate crime," states the document. On the day of the incident, Westerfield said, Waters drove past him in his truck and yelled "Fucking faggot. Hope you die of AIDS," on the street. Westerfield yelled back at Waters and told him he was going to file a restraining order against him and that he knew his history of harassment and where he lives. Waters then approached Westerfield and he "punched me in the face and kicked me with his feet," Westerfield said. Waters then hit Westerfield in the lip once more and he "started to fall and [Waters] pushed me down harder and then he picked up my cell phone and threw it in the street."

Westerfield went to the hospital where he was treated for a busted lip, bruising in his left fingers, and deep abrasions on his elbow.

The police who responded to the scene took the report, but Westerfield said they told him they would not write up charges or have it sent to the district attorney's office because there was no witness, and added there was "nothing they could do." After hounding police about the incident, Westerfield's incident made it to Assistant District Attorney Seth Steward, who eventually filed charges against Waters. Steward has not responded to multiple requests for comment from the B.A.R.

According to a spokesman for the DA's office, Waters is also facing two counts of violation of his restraining order as well as one count of illegally possessing a firearm.

Other cases
Westerfield is just one of Waters' neighbors who shared their harassment experience with the B.A.R. Jeffery Mead, 53, who lived in the Corona Heights neighborhood across the street from Waters from 2003 to 2015, said he filed complaints against Waters after enduring years of abuse.

"For years, when I would walk my dog, he would call me AIDS faggot, drive his truck on the sidewalk to intimidate me, and he would threaten me," Mead, a gay man, said. "This was constant. I called the police many times and so often they never did anything."

During one incident in November 2006, Waters reportedly came after Mead with a knife near Corona Heights Park.

"When he was right in front of me, he pulls out a knife, opens the blade, and makes stabbing motions in my direction," Mead said.

When Mead called the police they asked him if he really wanted Waters arrested, saying, "he's just drunk." Mead insisted and Waters was arrested.

There were five witnesses to this incident, Mead said, and charges were eventually brought against Waters, though he said the complaint was initially rejected by a few assistant district attorneys and police initially did not take the incident seriously. Waters pleaded guilty and his sentence was reduced. He did not serve any jail time, according to Mead.

After this incident, Mead also received a restraining order against Waters and has since had it extended.

San Francisco police did not respond to a request for comment over their handling of the matter.

Another neighbor, Kelley Keery, 40, used to live in the same building as Waters, which is owned by Waters' mother, from about 2003 to 2008. She has since moved to the East Coast.

"It was four and a half years of harassment," Keery, a lesbian, said. "He would call me a fat fucking dyke and say 'I am going to fucking kill you.' He also threatened my dog."

She would often have Mead and his partner over for dinner, and Waters would scream at them from his balcony, saying he hoped they died of AIDS.

"He would park his car so close to mine that I could never get out," she said. "He would also block access to my apartment. He would stand behind the door with his dog."

On multiple occasions, Keery had to call police to escort her into her apartment. Eventually, Keery was also granted a restraining order against Waters around 2005, which she renewed twice.

"[Waters] violated the RO repeatedly," she said, adding that throughout her time at the apartment, she had Waters arrested, "at least a dozen times."

Keery sued her landlord, Waters' mother, for not providing her with a safe place to live and infringing on her rights as a tenant. She won through mediation, but did not disclose the amount of the payout.

"There was no justice, just money," she said.