HIV case may be a second cure 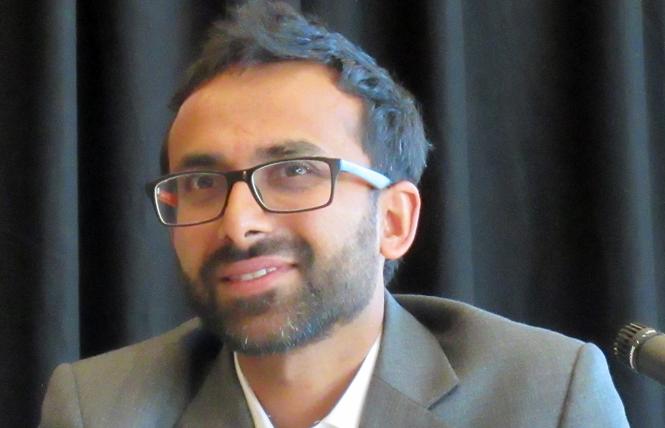 A London man with long-term undetectable HIV despite stopping antiretroviral treatment a year and a half ago could potentially be the second case of an HIV cure, according to a report at the Conference on Retroviruses and Opportunistic Infections this week in Seattle.

Like the first, and only, person known to be cured — former San Francisco resident Timothy Ray Brown, dubbed the "Berlin Patient" — the London man underwent a bone marrow transplant to treat advanced cancer. Both men received stem cells from donors with an uncommon gene mutation known as CCR5-delta-32 that makes T cells resistant to most HIV.

This case shows that "the Berlin Patient was not an anomaly," said presenter Dr. Ravindra Gupta of University College London. Gupta was cautious about using the word "cure" yet, noting that the man's HIV viral load could still rebound. He suggested that two or three years without detectable virus would be enough time to speak of a cure, saying he was "highly confident this will be achieved."

Brown, who celebrated 12 years free of HIV at a community cure workshop prior to the conference, said he's happy that another person may finally join him.

"I think it's getting close to something that should be called a cure," he told the Bay Area Reporter. "It's great to have an addition to my family — I consider him my sibling and I can't wait to meet him."

The London patient, who remains anonymous, underwent a stem cell transplant in May 2016 to treat Hodgkin lymphoma. Doctors searched an international registry to find a donor with a double CCR5-delta-32 mutation who was a good enough match. Unlike Brown, the man received milder chemotherapy and did not undergo whole-body radiation to completely kill off his cancerous immune cells.

After the transplant, the man's lymphoma went into remission and he experienced mild graft-versus-host disease, where the donor immune cells attack the recipient's body. Tests show that his CD4 T cells now lack the CCR5 receptors most types of HIV use to enter these cells. Extensive testing of his blood and T cells revealed undetectable HIV.

The man stopped antiretroviral therapy in a carefully monitored analytic treatment interruption 16 months after the transplant. His viral load remains undetectable 18 months later, Gupta reported, and his T cells show no "reactivatable" virus. The patient has not yet undergone testing for residual HIV in his gut, brain, or other tissues.

The new case suggests that using stem cells with the CCR5-delta-32 mutation was a key factor, as prior attempts to stop antiretroviral therapy after transplants from donors with normal CCR5 genes were less successful.

Henrich told the B.A.R. he thinks the London man will represent a second cure.

"It looks like it will be a second permanent HIV remission very similar to Timothy Ray Brown's," he said. "There's always a small chance that virus could come back, but I think that most of us are optimistic that will not happen. In our study we saw a prolonged rebound time — suggesting that the transplant itself can reduce the burden of HIV — but adding cells that are resistant makes the difference to go the whole hundred yards."

If the London case does turn out to be a second cure, experts caution that this high-risk approach will not be an option for most people with HIV. Stem cell transplantation is life threatening, with a mortality rate as high as 25 percent, and Brown was left with lasting side effects.

"These two patients had progressive cancer that made them eligible for treatment that's no walk in the park, with a mortality rate of 10 to 25 percent," Dr. John Mellors of the University of Pittsburgh said at a CROI press conference. "The work ahead is to find out how to deliver the same result with less extreme measures."