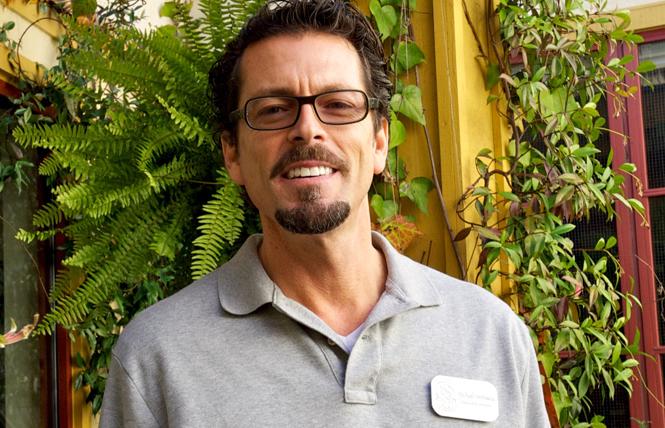 Michael Smithwick, the former executive director of Maitri Compassionate Care, has stepped back into the role on an interim basis following the departure of Anne Gimbel, the agency's first female leader.

Maitri, located in the Castro, has not publicly announced the reason behind Gimbel's departure on its website or social media channels. The organization sent out an email to supporters Monday, March 4, announcing Smithwick's return with no mention of Gimbel.

"We would like to welcome Michael Smithwick back to Maitri as our interim executive director. Michael has providentially come out of retirement to assume the role that he ably held for six years, from 2011 to 2017. He has already "hit the ground running and looks forward to connecting with all of Maitri's wonderful supporters and community partners in the next couple of months," stated the email.

Neither Gimbel nor Smithwick have responded to requests for comment from the Bay Area Reporter. When the B.A.R. interviewed Gimbel over the phone in January about Maitri's building's newest tenants, CorePower Yoga and the Castro Animal Hospital, she did not indicate she was planning to leave her position.

Prior to joining Maitri, Gimbel had been the regional director of the Alzheimer's Association of Coachella Valley for five years. She's also a licensed marriage and family therapist.

Maitri, which provides 24-hour care to low-income men and women with advanced AIDS needing hospice or short-term medical stabilization, has had a bit of a turnover when it comes to its executive directors.

When Smithwick initially announced his retirement August 5, 2016, Michael Sorensen took over as executive director in December that same year. He had most recently served as the executive director of health centers at the National University of National Medicine in Portland, Oregon. Sorenson announced, in a Maitri news release, just six months later in June 2016 that he was leaving for "personal reasons" as the B.A.R. previously reported.

At the time Smithwick announced his retirement he said in a statement that he was looking forward to spending more time with his partner of 23 years and his aging parents.

In the email sent out to supporters, the Maitri board of directors stated that, "The search for a permanent executive director will commence very soon."