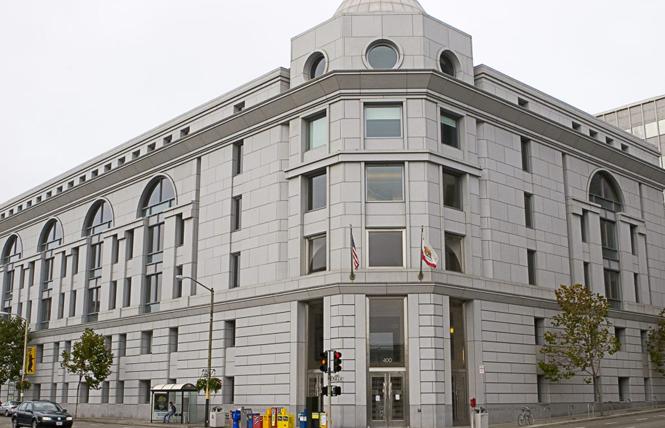 The number of out judges on California state courts continues to increase, with the latest demographic data showing there were at least 62 LGBT judges as of December 31, 2018 out of a total of 1,743 members of the bench.

That marked a nearly 17 percent increase from the number of LGBT judges reported in the 2017 annual demographic data compiled by the state's judicial council. There were 53 LGBT judges counted in the report released last March.

As with previous reports, the 2019 report released Tuesday, March 5, is not a truly accurate count of the state's LGBT jurists. For instance, there are two lesbians and two gay men serving on the state Court of Appeal, yet the judicial report only counts one of the gay appellate court justices.

The forms asking about sexual orientation and gender identity are voluntary to fill out; there was no LGBT data provided by 449 judges. The totals also don't include judges who had yet to take their oath of office by the end of 2018.

As the B.A.R. noted in January, Newsom could name either the first known bisexual or transgender person to the state's appellate bench. By naming Martin Jenkins his judicial appointments secretary, Newsom created a vacancy on the California Court of Appeal, First Appellate District, based in San Francisco.

One possible pick is transgender Alameda County Superior Court Judge Victoria Kolakowski. She first applied last year with Brown's legal affairs office to be considered for an appeal court seat and is seeking to be elevated to the higher court by Newsom.

His office did not respond to questions this week on if Newsom is committed to seeing the number of LGBT judges continue to grow this year. He will be required to issue his own report on the demographic data of his judicial appointees, as well as those who applied for judicial vacancies, during his first year in office in 2020.

There continues to be no LGBT judges on the state's Supreme Court, as all six of the members who have been serving for a year or longer identify as heterosexual on the report. And Brown named a straight appointee in December to fill the court's one vacant seat.

The 2019 judicial report identified 59 LGBT trial court judges in the state. Kolakowski, the wife of B.A.R. news editor Cynthia Laird, continues to be the state's lone out transgender judge.

And for the third consecutive year there were two bisexual judges serving on trial courts, one each in San Bernardino and San Joaquin counties. (The report does not identify the names of the judges, as the demographic data is reported anonymously.)

Across the state there were 25 lesbian and 31 gay Superior Court judges. The number of trial courts in the state with LGBT judges increased by two last year to now total 17 out of the state's 58 trial courts — there is one for each county.

The Los Angeles Superior Court, with 14 gay and five lesbian judges, continues to have the most LGBT judges of any trial court in the state. The San Francisco Superior Court has the second highest, with four lesbian and three gay judges, according to the 2018 data.

San Diego remains in third with two lesbians and four gay men serving on it, according to the latest report. Alameda and San Bernardino counties are tied for fourth as each has four out judges on their benches, while Santa Clara County has three.

The courts in Contra Costa, Orange, Riverside, and San Mateo counties each have two out judges. There is one out judge serving on the bench in El Dorado, Fresno, Imperial, Mendocino, Sacramento, San Joaquin, and Sonoma counties.

The LGBT judges accounted for 3.5 percent of the 1,743 total judges included in the report.

The full 2019 judicial demographic report can be downloaded online at http://www.courts.ca.gov/13418.htm.

Web Extra: For more queer political news, be sure to check http://www.ebar.com Monday mornings for Political Notes, the notebook's online companion. This week's column reported on the race to be California Democratic Party chair.