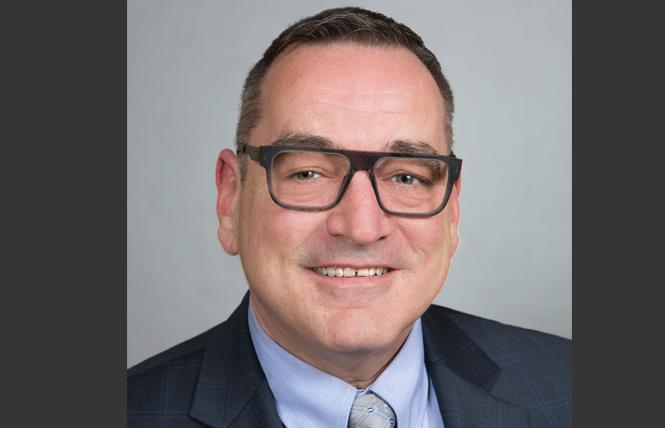 In March 2014, 15 LGBT advocates and leaders in the aging field delivered our 18-month review and recommendations to the San Francisco Board of Supervisors. I was fortunate to be among this dedicated group of leaders. Our charge by the three out supervisors, David Campos, Christina Olague, and Scott Wiener (who sponsored the founding of the LGBT Aging Policy Task Force), was to deliver actionable recommendations back to the board. As is too often the case, citizen reports and recommendations don't always gain traction or action. Today, this effort has produced substantial movement in the right direction. Our efforts aimed at improving conditions for older LGBT adults in data collection, cultural competency, health and social services, housing, legal services, and building "community within community."

When asked to share my reflections on this five-year milestone, the safest route was to approach the task as the head of a "mainstream" senior services nonprofit. However, this was, and is, deeply personal to me. Now at 57 and gay, I'm just a few years away from being a senior and my sense of urgency about aging grows daily. Who will be there to take care of my husband and me?

My decision to assume my current role in 2007 was, in part, a desire to impact my future as a gay man. So, having landed in the gay mecca of San Francisco, you can imagine my surprise when I asked my team at Meals on Wheels San Francisco, "How many LGBT clients do we have?" The answer; "We don't ask." Why, I asked? The answer; "Why would we ask a senior who they sleep with?" Considering the fact that I knew we served a significant number of LGBT clients with competence, care, as well as meals, I was shocked by this response and felt personally diminished. I helped our team understand that this thinking was wrong and that our aim should be to recognize all of our clients' identity (family, friends, and supports) and be seen as a trusted resource to them. We immediately began to collect self-reported LGBT status data, implemented efforts to build cultural competence, and when the aging task force was formed, I applied to be a part of the effort. Trust me when I say that my experience was not unique in the senior services field.

So, now five years after the task force outlined 13 recommendations, we have much to celebrate. On March 9, from 10 a.m. to noon at the San Francisco LGBT Community Center, the Department of Aging and Adult Services will host a celebratory and informational forum to review our progress and work to be done. Almost all of the recommendations have tangible actions to boast — mandated comprehensive, cultural competence training for nonprofit contractors, establishing legal protections in long-term care facilities, implementing improvements in dementia and Alzheimer's care, the opening of LGBT senior housing by Openhouse, and the addition of peer-support programs, just to name a few. It should come as no surprise that the area where substantial work remains is in housing — affordability and eviction protections, housing conditions — especially in single-room-occupancy hotels, and a homeless shelter system that is often unwelcoming to the LGBT community.

This underscores a basic tenant of our work on the task force — issues confronting LGBT aging are not necessarily unique to LGBT seniors per se, but that we come to these issues as a marginalized population, with a history of discrimination, and failure by institutions to include us and recognize the disparities that are manifested by our history. Housing is our number one city crisis, even more so for our LGBT aging community.

So, the work has just begun. Clearly, we are living in a time when things are better in our community — marriage equality has offered some protections, San Francisco continues to lead in social justice and equality progress, and a younger generation has, thankfully, a better life experience than I did coming up in a rural town in southeastern North Carolina in the 1970s. But, just as we are not living in a post anti-racism world after the Obama presidency, we are not living in a post anti-LGBT discrimination world either even though we now have the protections of marriage. The hurt, fear, and trauma of the "lived experience" of older LGBTs cannot be dismissed, or disregarded. And, in the Trump era — any of the gains we have made are clearly under attack and need to be defended, again. Hate and ignorance still exist — even within our community.

The greatest learning experience for me on the LGBT Aging Policy Task Force was that my experience as a white gay male does not give me the agency to represent someone else's lived experience or understand the best solutions. The last focus of the task force was to address "community within community." While we collectively fight for a city and country that treats us all with dignity and respect, regardless of age, we have a long way to go to make sure that we're doing all we can do in the LGBT community to lift us all — people of color and transgender people, especially. And, if I can end on a personal note, we have to have a conversation about ageism in our own community and work together to build healthier bridges between all generations of LGBT San Franciscans.

The report for the San Francisco LGBT Aging Policy Task Force can be found at https://bit.ly/2S8qwGz.

Ashley C. McCumber is the executive director of Meals on Wheels San Francisco.