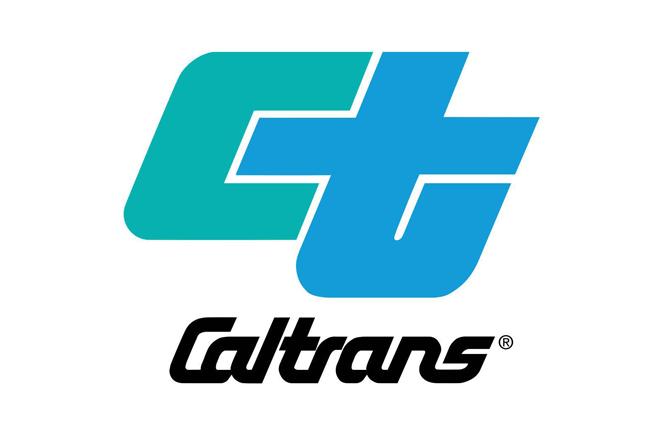 Caltrans has issued a report stating it has awarded contracts to LGBT-owned businesses.

The contracts are believed to mark the first time a state transportation agency has confirmed that it has awarded contracts to an LGBT-owned business. The information was included in the agency's "Small Business Outreach Plan and Implementation Report" it released February 11 and sent to state lawmakers.

The report "outlines the historic inclusion of LGBT businesses! This marks the first time in the history of the United States that a State Department of Transportation has included LGBT businesses in its official procurement programs," stated the Golden Gate Business Association, the LGBT chamber of commerce based in San Francisco, in an email it sent to its members.

It is unclear if the same business won the two contracts, as the report does not disclose the names of the businesses. GGBA spokesman Paul Pendergast, who has been involved in advocating that state agencies contract with LGBT-owned businesses, did not respond to the Bay Area Reporter's request for comment for this story.

Caltrans did not make anyone overseeing its contracts available for an interview with the B.A.R., saying they were too busy to speak prior to the paper's press deadline. In an emailed reply, a spokeswoman for the agency pointed out that the information in the report is based on forms that businesses are not required to fill out so there could be other LGBT-owned companies that have won contracts from Caltrans.

For years state lawmakers have adopted legislation requiring various state agencies to contract with LGBT-owned businesses similar to how they have programs aimed at benefiting businesses owned by minorities and women. As the B.A.R. first reported two years ago, the GGBA for some time has also eyed the purchasing power of local transit agencies to bolster the bottom lines of certified LGBT Business Enterprises, or LGBTBEs for short.

Both the Santa Clara Valley Transportation Authority and BART, the regional transit agency, include LGBTBEs in their competitive bidding procurement programs. To qualify as LGBT-owned, a business must be at least 51 percent owned by a lesbian, gay, bisexual, or transgender person or persons and one or more of those individuals must control its management and daily operations.

"This has been a long-term process to get government agencies to include the LGBT community in their contracting process. This is definitely a step forward," Wiener told the B.A.R. about seeing an LGBT business included in the Caltrans report. "Other agencies have been terrific in embracing the LGBT community. It is great to have Caltrans now on board."

The agency's report stems from the adoption of Senate Bill 1, the Road Repair and Accountability Act of 2017 that former Governor Jerry Brown signed into law April 28 of that year. It established a $54 billion fund through a new gas tax over the next decade to improve and maintain California's transportation infrastructure and sparked a ballot measure effort to repeal it that voters overwhelmingly rejected in November.

In order to ensure small businesses benefited from the revenue measure, state lawmakers passed a budget trailer bill, SB 103, in July 2017 that required Caltrans to develop a plan for notifying those companies about the procurement opportunities funded by the gas tax. It also required Caltrans to provide annual reports to state lawmakers on how many small businesses, including those owned by LGBT people, were winning contracts.

"The GGBA, and members of its leadership team, have been actively advocating for this level of inclusion for the past 23 years," the LGBT chamber noted in its email. "Our leadership has steadfastly worked to showcase to Caltrans the economic benefits of working with LGBT businesses."

Caltrans continues to work closely with both the GGBA and the National LGBTQ Chamber of Commerce on ways to reach LGBT-owned businesses about its contracting opportunities. One method it has used in the past two years is advertising in LGBT publications like the B.A.R.

"Caltrans is committed to increasing outreach efforts and implementing this Small Business Outreach Plan," wrote Becerra. "A few examples of our efforts include improving partnerships with business assistance organizations that host workshops, training classes and other activities focused on opportunities to contract with Caltrans. We are also organizing business matchmaking events to introduce small business enterprises to prime contractors and are expanding opportunities for underrepresented groups to participate in California's statewide Small Business Council meetings."

According to its report, Caltrans set a goal of seeing 17.6 percent of its Federal Highway Administration-assisted contracts be awarded to Disadvantaged Business Enterprises in the fiscal years 2019-2021. It also wants to increase the number of newly certified highway construction and related professional services Disadvantaged Business Enterprises by 100 percent in the 2019 calendar year.

Caltrans is also working to ensure at least 25 percent of its state-funded contracts and procurements are awarded to small businesses. And, as stipulated by SB 1, it is developing a plan by January 1, 2020, to increase by up to 100 percent the dollar value of contracts and procurements awarded to certified Small Business, Disabled Veteran Business Enterprise, and Disadvantaged Business Enterprise firms.

For LGBT-owned businesses interested in bidding on Caltrans contracts, the agency created a one-page guide that can be downloaded at http://www.dot.ca.gov/paffairs/docs/sb1-opportunities.pdf.