Editorial: DMV needs to get a clue 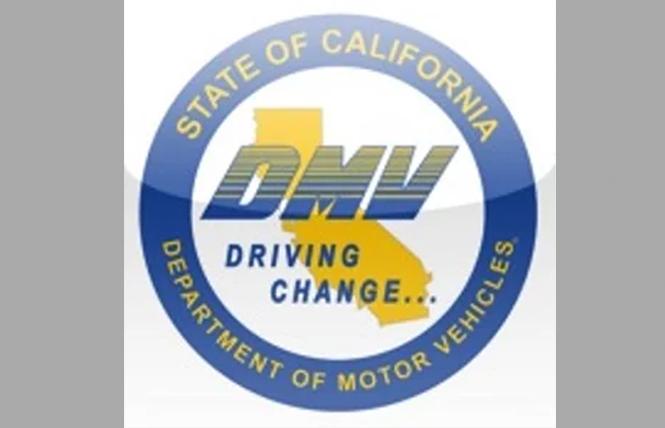 The decision by the state Department of Motor Vehicles to reject a gay man's "LTHR DDY" — short for leather daddy — vanity plate for his motorcycle reeks of homophobia, as gay state Senator Scott Wiener (D-San Francisco) pointed out in a sharply worded letter to the agency. While we understand that DMV routinely rejects thousands of vanity plates for a variety of reasons, "LTHR DDY" is about more than "sexual connotation" or "a term of lust or depravity," which was the DMV's stated rationale in a letter it sent to city resident Robert Haynes in denying his license plate.

We appreciate that the DMV has set standards when it comes to vanity plates. For example, vulgar, hostile, or racist terms are rejected, as are swear words and terms that denigrate certain groups or law enforcement entities. And the DMV did acknowledge in its letter to Haynes that it is difficult "to balance an individual's constitutional right to free speech and expression while protecting the sensibilities of all segments of our population." But it's obvious that the department personnel who approve or deny vanity plates need some cultural training on the LGBT community — leather folks and others — if they're rejecting something as tame as "LTHR DDY."

Of course, rejecting vanity plates for ridiculous reasons is just one of the many problems plaguing DMV. One of Governor Gavin Newsom's first directives after taking office last month was to order an overhaul of the troubled department, which has been beset by hourslong wait times, computer crashes, and voter registration errors involving tens of thousands of customers, as the Los Angeles Times reported in a recent article. The paper went on to note that Newsom appointed state Government Operations Agency Secretary Marybel Batjer to lead a strike team with a goal of modernizing the agency and enacting changes that improve customer satisfaction, employee performance, and transparency. The department has also faced criticism for botching federal Real-ID standards in issuing driver's licenses. As if seeing the writing on the wall, former DMV director Jean Shiomoto retired from the agency just weeks before Newsom was sworn in. We expect that Batjer or her top staffers, in their efforts to clean up the DMV, will begin work to modernize the vanity plate department, specifically when it comes to stereotypes of the kind used to reject Haynes' license plate.

DMV officials should not underestimate Wiener, who told us he will turn the issue into a "big deal" if the agency doesn't reverse its stance. The vanity plate rejection is homophobic and was obviously made by someone who doesn't have a clue about the leather community. In San Francisco, as readers know, officials just last week approved a permit for Eagle Plaza, a parklet in the South of Market neighborhood that will be a centerpiece of the LGBTQ cultural heritage district the city created in western SOMA. So yes, leather folks are out of the shadows and have been for many, many years.

The DMV must reverse itself in this case and determine the appropriateness of future vanity plate requests on more than the tired tropes around sex and the LGBT community.