B.A.R. exclusive: Goudeau to head Grants for the Arts 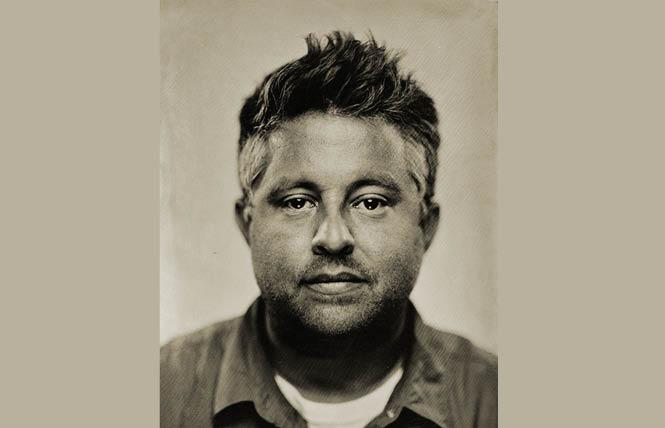 Matthew Goudeau, a gay man who has worked in the City Hall protocol office for many years, has been named the new director of San Francisco Grants for the Arts, the Bay Area Reporter has learned.

Goudeau, 41, begins his new position Tuesday, February 5, just as the city is gearing up to determine the grant funding process under Proposition E, which voters passed last November.

In addition to his experience in the protocol department, where he has served as chief deputy, Goudeau has served on the board of arts organizations and worked for a Texas museum for a couple of years as development officer.

In 2014, he took a position with the Chinati Foundation, which runs a contemporary art museum in Marfa, Texas.

"I assisted with fundraising, and it certainly gives me a great appreciation for Grants for the Arts," Goudeau said in a phone interview with the Bay Area Reporter Monday.

In 2016, he returned to the city, working for a time at the David Ireland House, which he and others helped preserve as a museum open to the public. He then returned to the protocol office.

Under Prop E, which passed with nearly 75 percent of the vote, up to 1.5 percent of the money from the 8 percent base hotel tax that the city already collects will now be dedicated to arts and cultural functions. The current hotel tax, which includes a 6 percent tax surcharge for hotel rooms that is not part of the ballot measure, had previously been available for any public purpose.

The measure was not a tax increase, but a reallocation of funds for various arts and cultural functions. When the hotel tax was first implemented in 1961, a portion of the funds were dedicated to the arts, but over time the city has diverted it to other purposes.

"It ebbed and flowed over the years," Goudeau said of the hotel tax revenue allocated to arts organizations. "Prop E restored the connection to the hotel tax."

He said there is a diverse portfolio of arts organizations in the city that make it interesting for visitors, such as the San Francisco Gay Men's Chorus and the organization that puts on the city's annual LGBT Pride parade.

"There are big arts organizations that are wonderful, like the symphony and the San Francisco Museum of Modern Art," he said. "But smaller ones are important too."

Last year, Grants for the Arts awarded $10.5 million to 210 recipients. The organization's budget is about $15 million, he said.

There's a meeting Wednesday, February 6, that was planned before Goudeau assumed his new duties. Mayor London Breed and other officials will meet with arts organization representatives to talk about the Prop E funding.

The Arts Impact Endowment will hold the town hall from 5:30 to 7 p.m. at Herbst Theatre, 401 Van Ness Avenue. In addition to the mayor, City Administrator Naomi Kelly will be on hand, as will Goudeau.

Goudeau did not immediately know what his salary will be.