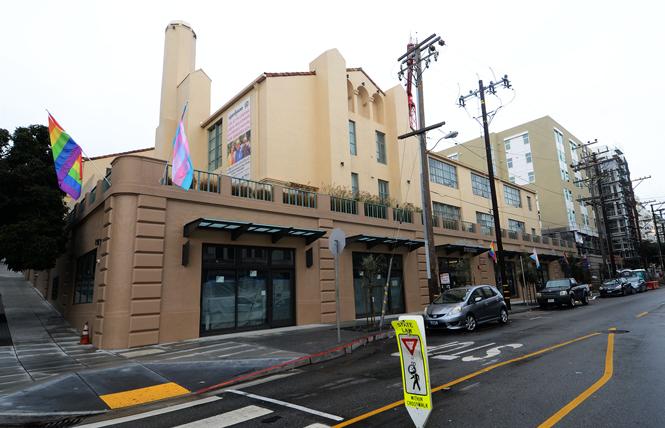 As a growing number of LGBT seniors call San Francisco home, the city and local nonprofits are aiming to help them confront myriad end-of-life concerns. The issues run the gamut from preparing wills and health care directives to being able to age in place in their homes.

Aging experts estimate there are at least 25,000 LGBT people over the age of 60 living in the city. And based on national estimates in the growth of the country's older adult population, the number of LGBT seniors is likely to double by 2030.

But a recent report from San Francisco's Department of Aging and Adult Services found that LGBT seniors underutilize the city services that are available to them compared to heterosexual seniors. Their doing so can negatively impact their experience of aging in the city, say gerontology experts.

"If you are engaged in our programs and have a chosen family and friends, it is a great place to age. The problem is we have a number of seniors who are LGBTQ who are not connected to those programs and services," said Shireen McSpadden, who is bisexual and executive director of the city's aging department.

One consequence for LGBT seniors living alone in the city and not connected to services is they are more prone to becoming isolated. And that can lead to issues with loneliness, depression, and an inability to remain living in their homes when they experience a health care crisis due to their lacking social and familial support. 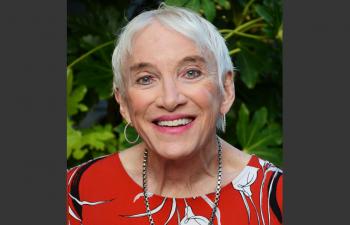 "We know LGBTQ seniors are not seeking services in San Francisco designed to keep them out of nursing homes," said Karyn Skultety, Ph.D., executive director of Openhouse, a nonprofit provider of LGBT senior services. "One of the main concerns we hear from people is dying alone or becoming too frail to live independently and they have to move into a long-term-care facility that doesn't feel safe because of who they are."

Skultety, who is bisexual, said it is an issue that her agency is just beginning to grapple with as it provides services to the seniors living at the city's affordable housing complex on Laguna Street aimed primarily for LGBT older adults. There are 119 units of housing at the site split between two buildings, with residents expected to move into the 79 units now under-construction at 95 Laguna in April.

A lottery to select occupants for 57 of the apartments in the building was held Tuesday morning. Residents of the 40-unit Openhouse Community at 55 Laguna, a remodeled former college building at the corner of Laguna and Hermann streets, moved into their apartments in late 2016.

Over the last two years Openhouse has realized that, if it wants to ensure the residents of the Laguna buildings can age in place, it needs to offer services for people who develop dementia or Alzheimer's or need in-home care. Otherwise, those residents will need to relocate into nursing homes or hospice.

"If we don't ensure we have the services in place to allow them to age in place and for how they will have support, we have failed them," said Skultety. "It should be a small number of folks who need to move into hospice or a nursing home."

While it has yet to be an issue for a resident at 55 Laguna, "it is only a matter of time," predicted Skultety.

New programs
To help it design those services, Openhouse teamed last year with another nonprofit provider of senior services in the city, On Lok. It is aiming to launch the program this summer a few months after the residents at 95 Laguna move into their apartments.

"LGBTQ seniors are four to 10 times less likely to access senior services. With Openhouse, we now have an opportunity to develop a new program that, by involving LGBTQ seniors early on in the design process, will hopefully help address the issues this community faces accessing vital services," stated Grace Li, On Lok's chief executive officer, last September in announcing the agencies' partnership.

It will be one of many Openhouse offerings at its new community center at 75 Laguna Street, next door to its main offices at 65 Laguna Street, known as the Bob Ross LGBT Senior Center and named after the founding publisher of the Bay Area Reporter.

"We will staff case management services for both buildings," explained Skultety. "We hope to get them enrolled in the program with On Lok shortly after the new building opens in August or September."

Talking about the end of one's life can be exceedingly difficult for LGBT seniors, as the B.A.R. noted in a story in December, because of their lack of trust in their health care providers or not having close familial or social connections, leaving them without a family member or friend they can turn to and discuss how they want to be cared for as they age.

"It's a really touchy subject," acknowledged Roberta "Bertie" Brouhard, 72, a former Openhouse board member who has talked about end-of-life issues at drop-in groups the agency offered. "Two-thirds of my friends don't want to go there. These are gay males with no partners, no offspring, between the age of 55 to 80."

Her friends are now in that demographic, however, "where they should start worrying about that," she said. "Are you going to leave a real mess for somebody?"

Brouhard, a transgender woman who transitioned late in life following her retirement at 55, has drawn up her will and has what is known as a Vial of Life form hanging by her refrigerator. It has her important medical information listed out so that, in the case of a health emergency where she is incapacitated, responding medical personnel can quickly find the document. It also includes her advance health directives so doctors know under what circumstances to resuscitate her, as well as how to contact her attorney and next of kin.

Because she lives alone in the city's Western Addition, Brouhard also gave one of her neighbors a key to her condo so they can let themselves or emergency responders into her home should the need arise.

"I have two to three friends I talk to every week who might know where I am. They would have an idea if I am out of town," said Brouhard. "If they don't hear from me, they know I am either in the hospital or I am dead."

The city and several local nonprofits have been helping to foster discussion among LGBT seniors about end-of-life issues. In the fall Openhouse hosted facilitated conversations where people could consider their own death and dying.

As an invite explained, the drop-in program was not meant to be "a grief support group" but "an open-hearted discussion where we can share thoughts and feelings about our own eventual death in a meaningful, dynamic space free from judgment."

Openhouse also partnered with Sagebrook Senior Living at San Francisco to present a talk in November about estate planning and end-of-life care options. The city's aging department last year awarded a grant of $75,000 to Legal Assistance for the Elderly to offer local seniors end-of-life planning assistance.

The AIDS Legal Referral Panel is receiving a portion of the funds, which helps pay for the salary of one of its attorneys. The agency aims to work with upward of 40 clients a year on preparing their estate planning documents.

The two-year grant runs through April 2020. ALRP will be holding several events this year where LGBT seniors and older adults with disabilities can meet one-on-one with an attorney to draw up various documents and have them signed that day by a notary public.

"Nobody likes to think about their mortality. These can be difficult conversations to have with folks," said ALRP Executive Director Bill Hirsh.

The process can be particularly challenging for LGBT seniors, noted Hirsh, if they are estranged from their biological family or have seen their chosen family of friends either die or move away in recent years.

"One is folks have to identify somebody who is going to either have their power of attorney or be their executor of their estate," said Hirsh, who is gay. "People might not have those individuals identified before the outreach event."

They also likely have not considered the cost involved with dying, he added.

"Sometimes one of the challenges people face is just covering some of the costs that are going to flow from their passing," said Hirsh. "So somebody who has a very low income might not be able to cover their burial costs. It forces people to think about some of these issues in advance."

Retired from a successful mechanical engineering career, Brouhard has a nest egg she can rely on in her golden years. She also remains close to her sister and the two sons she had with her ex-wife — they both now have two children of their own — and therefore can rely on family should she need to as she ages.

"I don't fear death at all. I feel I have won the race," Brouhard said. "I am one of the winners. I have come through the looking glass with a few friends, good health, and some money."

This article is the second of two looking at end-of-life issues among LGBT seniors. The series was written with the support of a journalism fellowship from the Gerontological Society of America, Journalists Network on Generations and the Commonwealth Fund.