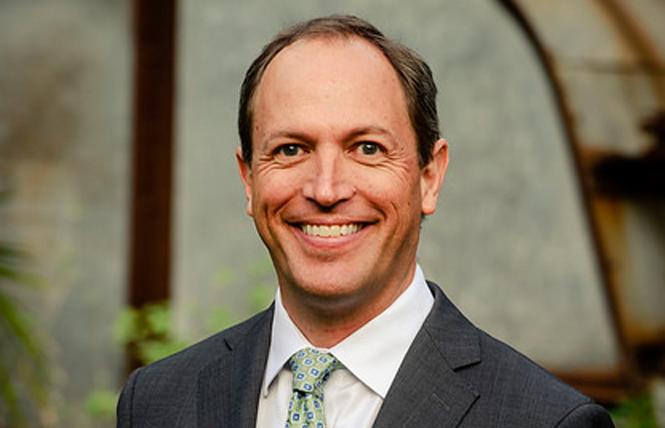 An overwhelming majority of Republican legislators in California earned scores of 50 percent or more on the 2018 Legislative Scorecard compiled by Equality California, the statewide LGBT advocacy group.

Most members of the GOP caucus in the Legislature received scores of 60 percent or higher; none received a zero score. It was a significant turnaround from 2017.

That year nearly all the Republican lawmakers scored 50 percent or below, with the majority receiving scores of 30 percent or less. Two had zero scores.

But in 2018, a total of 30 Republicans garnered scores of 50 percent or higher. Of those, five earned scores in the 70 percent threshold, four in the 80s, and one in the 90s. Former Assemblywoman Catharine Baker (R-Dublin) for a second time earned a 100 percent score, the lone GOPer to do so.

"We saw improvements for the Republicans. We had four members of the Assembly score over 80, which is a really marked improvement," said EQCA Executive Director Rick Zbur, who shared the scorecard with the Bay Area Reporter ahead of its official release Thursday.

He noted that, when he joined EQCA four years ago, "having Republicans who got up to 40 or 50 percent was pretty rare. We have hopes that the Republicans will continue to improve."

Log Cabin Republicans California Chairman Matthew Craffey, while "definitely excited" to see the improved scores by GOP lawmakers, told the B.A.R. that it reflects what he has personally experienced in recent years not only within Republican politics but also among his socially conservative family and friends.

"Some needed time to come to terms with what being a truly good Christian looked like when it came to how they viewed the LGBT community," said Craffey. "Others, who perhaps haven't always voted in defense of LGBT equality have often been supportive of the people in their lives who are LGBT, but until recently, felt their constituencies wouldn't allow them to vote that way without serious repercussions."

"Losing Catharine Baker in a pretty purple district in the state, probably the most purple district, was a loss from the perspective of the fact her leadership did cause other Republicans to follow her more than not in supporting our bills," said Zbur. "It is a bit of a loss in improving the scores of GOP members. She had put pressure on other Republicans to vote on our bills."

Assemblyman Brian Maienschein (R-San Diego), who earned a 100 percent on the 2017 Legislative Scorecard, fell to a score of 93 percent last year. He lost points for voting absent on Assembly Bill 2119, which ensured that transgender youth in the state's foster care system have access to appropriate health care. EQCA scores an absent vote similar to if the lawmaker had voted no.

"It would be hard for anyone to believe it wasn't a priority bill for us," noted Zbur. "We were heavily lobbying for that legislation."

EQCA's political action committee rescinded its endorsement of Maienschein due to his not supporting the bill. Despite a strong challenge for his seat by lesbian real estate agent Sunday Gover, who had initially shared EQCA's endorsement in the race, Maienschein was re-elected in November.

Another GOP lawmaker who has consistently scored well on EQCA's scorecard is Assemblyman Chad Mayes (R-Yucca Valley), who for the second year in a row scored 80 percent. During his freshman year in the Legislature in 2015, Mayes earned a score of 60 percent, but then dropped to 40 percent in 2016.

"Chad Mayes' score has been improving over time and, I think, he views himself as a supporter of LGBTQ civil rights and social justice," said Zbur.

The southern California Republicans are ones to watch this year to see if they earn 100 percent scores from EQCA. Its legislative package this year will feature bills requiring LGBTQ cultural competency for teachers and amending the state's statutory rape laws so that they treat young same-sex couples the same as opposite-sex couples.

As EQCA's mission becomes "more intersectional," Zbur noted that it presents a challenge for Republicans earning perfect scores because some of their principles may be "inconsistent" with the legislative priorities of the state's LGBT community. 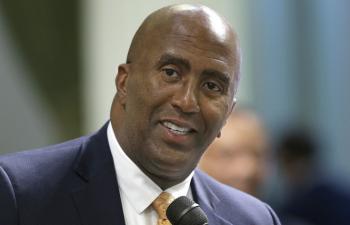 The Democrats
On the Democratic side of the aisle, all eight Legislative LGBT Caucus members earned perfect scores last year while four Assembly members and two Senators fell short. Of the quartet in the lower chamber, the only one to be endorsed last year was Assemblyman Jim Cooper (D-Elk Grove). (The two senators were not up for re-election.)

He earned a score of 93 percent for voting absent on a resolution apologizing to the state's LGBT community for past discriminatory laws. Because it wasn't an EQCA-sponsored bill, it didn't impact his being endorsed, explained Zbur.

Former Democratic Governor Jerry Brown received a score of 85 percent in his last year of his fourth term in office after vetoing two of EQCA's bills. As the B.A.R. had noted last fall, it was the first time in five years that he had done so.

EQCA's scoring for the 2018 Legislative Scorecard differed for senators and Assembly members due to the Senate taking up more bills last year than the lower chamber. To download a copy online, visit https://www.eqca.org/category/publications/.

Lesbian appointed to SF library panel
San Francisco Mayor London Breed has appointed lesbian arts professional Connie Wolf to the city's Library Commission. She will serve through January 15, 2022, the remainder of the four-year term of former commissioner Lee Munson, who died in the summer of 2017.

Wolf is a longtime former head of the Contemporary Jewish Museum in the city and left that job in 2012 to serve as the John and Jill Freidenrich director of Stanford University's Iris and B. Gerald Cantor Center for Visual Arts. She now works as a consulting program director for the arts program at Stanford Hospital and serves on the board of the federal Fort Mason Center for Arts and Culture along San Francisco's northern waterfront.

She will serve alongside lesbian library Commissioner Zoe Dunning, a longtime LGBT rights advocate and retired U.S. Navy officer. Dunning's term expires on the same day as that of Wolf's term.