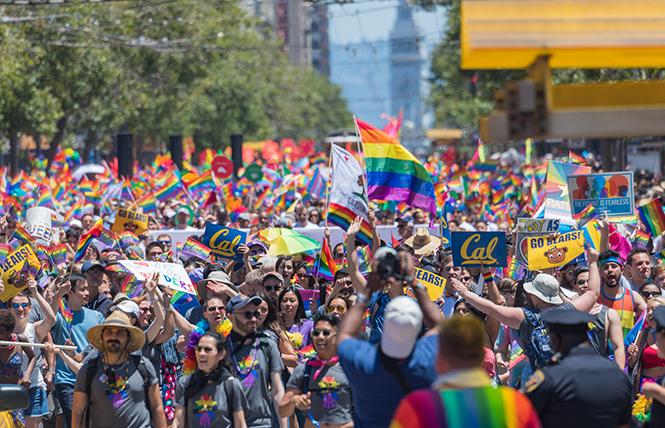 After Governor Jerry Brown signed into law an unprecedented number of LGBT-focused bills last legislative session, most of them became law January 1.

Ranging from bills aimed at benefiting LGBT homeless youth to the requirement of sexual orientation training for peace officers, 10 of the 12 pieces of LGBT-focused legislation are now law. The remaining two will take effect January 1, 2020. Two other bills that passed in 2017 will also be implemented this year, bringing the total number of new LGBT laws to 12.

A few of the bills that went into effect will directly benefit LGBT youth. Senate Bill 918, co-authored by gay state Senator Scott Wiener (D-San Francisco) and Assemblywoman Blanca Rubio (D-Baldwin Park), provides resources for housing, services, and support for youth experiencing homelessness. It tasks the state's Homeless Coordinating and Financing Council with overseeing the program. Also known as the Homeless Youth Act of 2018, the law also creates the Office of Homeless Youth within the Department of Housing and Community Development and requires it to set specific goals to prevent and end youth homelessness in California and to monitor progress toward those goals.

Jevon Wilkes, interim executive director of the California Coalition for Youth, a co-sponsor of the bill, called it a "unique opportunity to really move the needle on youth homelessness."

Another law seen as helping LGBTQ homeless youth is Assembly Bill 2490, authored by Assemblyman David Chiu (D-San Francisco). It eliminates the fees charged to people experiencing homelessness who seek to obtain certified birth certificates directly from the state rather than having to return to the county of their birth.

LGBT homeless youth, in particular, encounter problems in ascertaining IDs after they leave home, noted Chiu during a recent editorial board meeting with the B.A.R. "This will provide free birth certificates to individuals who are homeless, which is the first barrier to obtaining a drivers license." 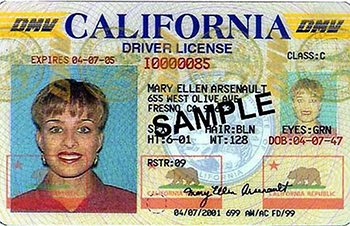 Another law relating to birth certificates is SB 179, known as the Gender Recognition Act, authored by lesbian Senate President Pro Tem Toni Atkins (D-San Diego). Passed in 2017, the bill allowed transgender, nonbinary, and intersex Californians to change their gender marker on their birth certificate starting in September 2018. Now, as of January 1, transgender, nonbinary, and intersex Californians can change the gender marker on their driver's license as well without a doctor's recommendation.

According to the California Department of Motor Vehicles, people can now choose among the gender categories of male, female, or nonbinary on their application. Applicants who select nonbinary will receive a card with an "X" in the gender category, noted the state agency.

Education
Although Brown nixed a bill last year that would have funded training for teachers on how to assist LGBTQ students, he signed Chiu's AB 2291 requiring the California Department of Education to establish guidelines to prevent bullying and disseminate online training modules to local educators.

"Legislation like AB 2291 will equip educators with the best practices to encourage dialogue and discourage the silencing effect of bullying," said Sam Brinton, head of advocacy and government affairs for the Trevor Project, a nonprofit, national organization that works to end LGBTQ youth suicide. "By preventing bullying and preventing suicide, an LGBTQ young person is able to get the best education possible."

The law requires local educational agencies to adopt, on or before December 31, procedures for preventing acts of bullying, including cyberbullying.

"We have seen a horrifying increase in bullying in the classroom since President Trump was elected," said Chiu.

He hopes the new policies will educate teachers on how to prevent bullying before it happens in their classrooms.

"A lot of teachers are not educated on how to be sensitive to and be aware of problems before they flare up to bullying," said Chiu.

AB 2639, co-authored by Assemblymen Marc Berman (D-Palo Alto) and Patrick O'Donnell (D-Long Beach), requires the state's schools to review their suicide prevention policies at least every five years and to update them if necessary. Brinton called this bill "a wonderful success in the work to save the lives of LGBTQ youth." 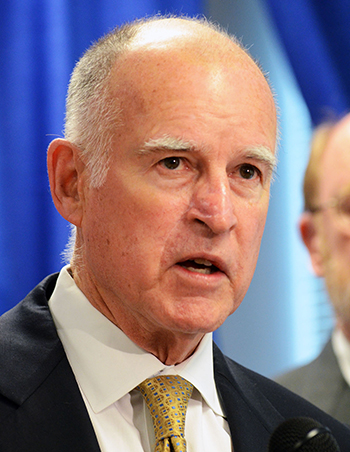 Law enforcement
Peace officers will now undergo LGBT cultural competency training under AB 2504. Authored by gay Assemblyman Evan Low (D-Campbell), the law requires the California Commission on Peace Officer Standards and Training to develop a course for California peace officers and dispatchers on issues related to sexual orientation and gender identity differences in order to create a more inclusive workplace and improve law enforcement's effectiveness in serving the LGBTQ+ community. According to the group Out to Protect, it is the first state law to provide LGBTQ awareness training for law enforcement officers and 911 dispatchers.

"It is vital that local police departments have hate crimes policies in place that follow current best practices and include sexual orientation and gender identity alongside other protected characteristics," Xavier Persad, the Human Rights Campaign's senior legislative counsel, told the B.A.R. "This helps ensure that law enforcement officers are fully trained and proficient in identifying, investigating, documenting, and reporting hate crimes, allowing city and state officials to more accurately gauge the scope of bias-motivated crimes and develop plans to effectively address them, ultimately saving lives."

AB 2663, authored by Assemblywoman Laura Friedman (D-Glendale), provides retroactive relief to individuals who were registered as domestic partners in municipal jurisdictions and may have had their property taxes increased due to the death of a partner. The bill ensures that locally registered domestic partners who may not have registered with the state during a certain time period can continue to afford their homes.

In August 2018, Brown signed AB 2719, authored by Assemblywoman Jacqui Irwin (D-Thousand Oaks), which adds sexual orientation, gender identity, and gender expression to the definition of elderly communities to be given priority consideration for programs and services administered through the California Department of Aging.

"AB 2719 is an important step forward for our state as we continue to build the support systems that older LGBT adults need in order to maintain their health and age in their community," said Shireen McSpadden, executive director of the city's Department of Aging and Adult Services and a bisexual woman. "This legislation will enable cities throughout the state to offer more services that are tailored to older LGBT adults and help them remain vibrant members of our community."

Other bills
June is officially designated as Pride Month under Low's AB 2969.

Under Chiu's AB 677, which was signed in 2017, the number of state agencies required to ask about sexual orientation and gender identity (SOGI) on their forms and surveys will increase to 10 this summer. State agencies that deal with education and employment issues will be required to start collecting SOGI data by July 1.

"Not knowing the challenges people are facing in the LGBT community makes it harder to address their needs and advocate for certain dollar amounts," Chiu said.

He had yet to be given an update on how the state agencies have been doing in collecting the SOGI data when he met with the B.A.R. in early November. Chiu said he planned to find out and noted that his bills had resulted in significant pushback from the state agencies, particularly on the time schedules for when they needed to update their forms.

"There were significant compromises we've been asked to make to get the bills signed," he recounted. "We were repeatedly told the data collection bureaucratic changes were not trivial."

Waiting for 2020
The laws that Brown signed last year, but will take effect January 1, 2020, include AB 2119, authored by gay Assemblyman Todd Gloria (D-San Diego). It's a first-of-its-kind legislation in the country and guarantees that transgender foster youth can access health care services consistent with their gender identity. It includes interventions to align a patient's physical appearance with the patient's gender identity and interventions to alleviate symptoms of gender dysphoria.